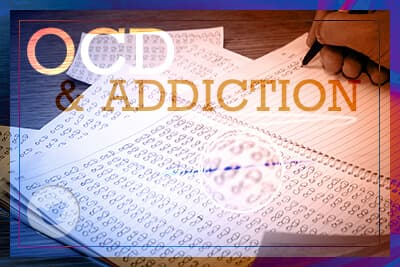 Obsessive-compulsive disorder (OCD) is a very severe mental health disorder that occurs in about 1 percent of the population.

The American Psychiatric Association, publisher of the DSM–5, lists the primary features of OCD as occurring when a person experiences:

The American Psychiatric Association also requires that the obsessions and compulsions cannot be better explained by the individual’s use of drugs or medications; some other mental health disorder, such as schizophrenia or a personality disorder; or a medical condition, such as a head injury or stroke, before a diagnosis of OCD can be made. This qualification rules out other potential causes for the individual’s behavior. For instance, individuals with severe types of head injuries may begin to display repetitive obsessions and compulsions. These individuals obviously have a cognitive disorder related to their head injury and not a mental health disorder. People with severe developmental disorders, such as severe autistic spectrum disorders, may display obsessive-compulsive behaviors and would not be diagnosed with OCD.

As mentioned above, OCD-like presentations are noted in individuals who use certain drugs and individuals who have certain types of brain injuries. Aside from these specific instances, there is no identified cause for OCD, and it is generally accepted that OCD results from an interaction between genetic and environmental issues. Females are diagnosed with OCD more often than males as adults; however, males have slightly higher rates of diagnoses in childhood.

A Myriad of Obsessions

Certain types of obsessive-compulsive behaviors were recognized by researchers as being prevalent in many people with OCD. This resulted in a number of research attempts to categorize the disorder into a number of different subtypes. Some researchers even suggested that eating disorders, such as anorexia and bulimia, represented manifestations of OCD. One of the most common attempts to identify distinct subtypes of OCD resulted in the identification of four subtypes of OCD:

OCD and Substance Use Disorders

In addition, the research is mixed regarding the notion that having a comorbid alcohol use disorder exacerbates the symptoms of OCD. Nonetheless, there is research to suggest that individuals with comorbid OCD and alcohol use disorders are at increased risk for suicidality compared to individuals only diagnosed with OCD. This finding is consistent with the notion that increased risk for suicidality occurs in many individuals who suffer from substance use disorders.

How Is OCD Treated? 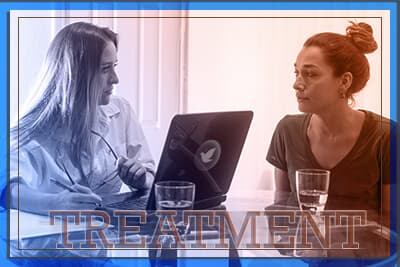 OCD is commonly treated using a combination of medications to address specific symptoms and psychotherapy. One of the most successful forms of psychotherapy that is used to treat OCD is a form of Cognitive Behavioral Therapy (CBT) termed Exposure and Response Prevention Therapy. In this form of CBT, the therapist and client work together to induce situations that will produce the obsessions in the person (the exposure component) and then prohibit the individual from engaging in their compulsive behavior (the response prevention component). In many instances, the therapist trains the client in diaphragmatic breathing and relaxation techniques so they can induce a state of relaxation during the exposure component. This reduces stress and discomfort as the individual is not allowed to engage in their compulsive behavior. Over time, the individual learns that not engaging in their compulsive behavior does not result in any traumatic events or situations, and they can learn to ignore their obsessions and eventually are rid of them. While the premise is simple, this is a very advanced form of therapy that requires targeted and advanced training and expertise.

Certain medications, such as certain types of antidepressant medications (e.g., selective serotonin reuptake inhibitors), anti-anxiety medications, and other medications, can be used to control the anxiety associated with the obsessions. Medications can be a useful addition to a treatment program for OCD; however, medications alone are not considered to be a long-term solution for individuals with OCD. They work best when combined with psychotherapy.

Some individuals have a very severe presentation of OCD that does not respond to therapy or medications. These individuals often go through years of frustrating attempts to control their obsessions and compulsions, and eventually will need to be involved in more targeted forms of intervention that can give them some form of relief. The use of deep brain stimulation techniques and, in some very specific cases, the use of psychosurgery (the removal or surgical alteration of certain areas of the brain) have been shown to be of use in curbing these very extreme forms of OCD.

A person who has a co-occurring diagnosis of OCD and a substance use disorder would need to be treated for both disorders at the same time. The OCD would be treated in a manner similar to that described above, and the substance use disorder would be treated according to the designated protocol for the particular drug that the individual has been abusing. This could include an inpatient withdrawal management program to assist with withdrawal symptoms if the particular drug has a high probability of producing physical dependence, initial residential treatment to isolate the person from potential environmental situations that would interfere with the treatment of both disorders, individual or group therapy/counseling targeted at the individual’s substance use disorder, social support group participation (e.g., Alcoholics Anonymous, Narcotics Anonymous, etc.), and long-term relapse management program participation.

OCD represents a severe form of pathology where individuals have repetitive thoughts or urges that create significant anxiety and drive them to commit repetitive behavioral acts to reduce this anxiety. Individuals with OCD are also at increased risk for the development of substance use disorders, particularly alcohol use disorders. The treatment for OCD is very intense and targeted at changing the person’s behavior (behavioral modification). Individuals who have co-occurring OCD and substance use disorders require a very specific and intensive treatment approach.