The Connection Between ADHD and Substance Abuse 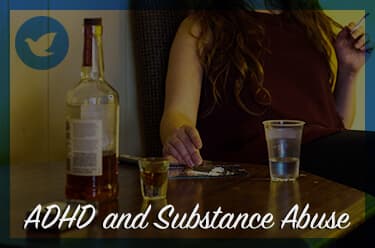 Attention deficit hyperactivity disorder (ADHD) is a mental health disorder. It causes a pattern of hyperactivity, impulsiveness, and inattentiveness. The person may not listen to others, and it has nothing to do with a defiance problem or not being able to comprehend.

Some individuals with ADHD have the hyperactivity aspect while others only have the inattentive aspect. In some cases, the person has both attention problems and hyperactivity. Mayo Clinic states the exact cause of ADHD isn’t known. Research indicates the development of the nervous system, the person’s environment, and genetics may play role in the onset of ADHD.

People with ADHD may experience the following symptoms:

How Common Is ADHD?

ADHD is most prevalent in children. It affects about 9 percent of children and adolescents between the ages of 3 and 17, which is equivalent to nearly 5 million children. The American Academy of Pediatrics states that in a classroom of 30, about 2-3 children may have ADHD. Boys appear to have the condition more than girls, and it affects black children and kids of multiple races at a higher rate.

How Common Is Substance Abuse in Individuals with ADHD?

The American Academy of Pediatrics notes those with ADHD are twice as likely to use nicotine, in particular, throughout life. They’re also three times more likely to become dependent on nicotine during adolescence or adulthood.

In some cases, people may misuse medications that are prescribed to treat ADHD. Of 21 different studies reviewed, nonprescription use of stimulants ranged from 5-9 percent in grade school and high school children. The range of college-aged individuals who abuse stimulants was 5-35 percent. One study conducted on a large university in the mid-Atlantic region found 26.7 percent of students who had an ADHD diagnosis used more of their medication than prescribed.

Those with ADHD may also combine their prescribed medications with substances of abuse. This practice of polysubstance abuse increases the risks associated with each substance.

Oftentimes, a person with ADHD self-medicates to seek relief from symptoms of the condition. They may have self-esteem issues as a result of the condition, especially if they feel they are looked down upon due to their symptoms, and they may turn to stimulants like cocaine to boost their energy and feelings of self-worth. They may use depressants, like marijuana, to seek calm or relaxation. 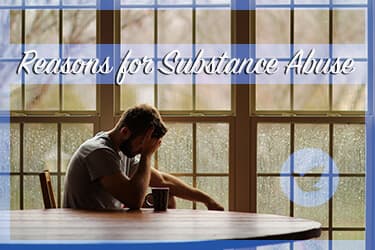 Research presented by the National Institute on ADHD shows that individuals who are treated for ADHD with stimulants aren’t more likely to abuse ADHD medications than their peers who don’t have legitimate prescriptions. Those on a stimulant aren’t more likely to abuse cocaine either. Those who have their ADHD under control are actually less likely to engage in illegal drug use than those who aren’t medicated. The key is that the person has been properly diagnosed and is taking medication under the supervision of a doctor.

Individuals with ADHD may have more than one mental health issue, and this may increase the likelihood that they’ll abuse substances. In fact, over two-thirds of people with ADHD have at least one other co-occurring disorder, as noted by Children and Adults with Attention-Deficit/Hyperactivity Disorder (CHADD). Approximately 40 percent of people who have ADHD have oppositional defiant disorder (ODD), and 38 percent have a coexisting mood disorder.

Again, people who suffer from co-occurring disorders are even more likely to self-medicate with substances of abuse.

Individuals who have ADHD are impulsive. If they are in a situation where drugs and alcohol are present, they may try them without thinking about the consequences. The poor judgment often associated with ADHD also contributes to substance abuse.

It’s suggested that people who have ADHD are more biologically vulnerable to develop an addiction than their peers without ADHD. Additionally, the same receptors in the brain involved in ADHD are involved in substance abuse problems. For instance, dopamine transmission is part of both ADHD and substance use disorders. When compared to individuals without ADHD, those with ADHD have higher densities of dopamine transporters. This may cause low levels of synaptic dopamine. Many drugs, such as amphetamines, methamphetamines, cocaine, nicotine, opiates, marijuana, and ecstasy, increase dopamine concentration, resulting in positive feelings that encourage repeated use.

Treatment for ADHD and Substance Abuse

In order to successfully treat both issues, treatment for co-occurring disorders is needed. Neither addiction or ADHD is curable, so treatment will focus on managing both disorders. With comprehensive, evidence-based care, a person suffering from ADHD and a substance use disorder can achieve full recovery.

Oftentimes, clients are placed on medications to manage their ADHD. For instance, methylphenidate, dextroamphetamine, or amphetamine may be used, under the brand names Ritalin, Adderall, and Vyvanse. If the client is at risk for abusing these substances, a doctor may prescribe a nonstimulant medication. Nonstimulants are considered secondary medications, meaning they are not the most commonly accepted medications to treat the condition. Examples of nonstimulants used to treat ADHD include:

While medications can be critical to managing symptoms, therapy is the foundation of treatment. During therapy, clients will learn ways to manage certain symptoms of ADHD. They’ll also address the underlying issues that led to the initial substance abuse, and they’ll learn how to manage triggers that tempt them to use again.

In a co-occurring disorders treatment program, both the ADHD and the substance use disorder will be treated simultaneously so therapy will address both conditions. Most often, therapy takes place on both an individual and group basis, and complementary therapies may also be used to ensure a robust approach to recovery.