Written by: Laura Close
Reviewed by: Scot Thomas, M.D.
Updated: May 19, 2021
Fentanyl is an extremely potent synthetic opioid that is responsible for many drug overdose deaths in the past several years. Though illegally manufactured forms of the substance have seen widespread non-medical use, prescription fentanyl also exists, and is commonly used in hospital settings to treat pain.1, 2
Did you know most health insurance plans cover addiction treatment?

Fentanyl is a synthetic prescription opioid that, when used appropriately by medical professionals, can help manage significantly severe levels of pain, such as breakthrough cancer pain or post-surgical pain.1

In some cases, pharmaceutical-grade fentanyl intended for use in hospitals is diverted and used illicitly. However, much of the illicit supply of fentanyl originates from that manufactured in unsanctioned labs.1

When prescribed, fentanyl can be given as a shot, a patch on the skin, an oral or nasal spray, or as an orally dissolving lozenge or tablet. When manufactured illegally, it is often distributed in powdered form, which may be dissolved into solution to be put in eye droppers or sprays or pressed into a pill made to resemble other prescription opioids.1 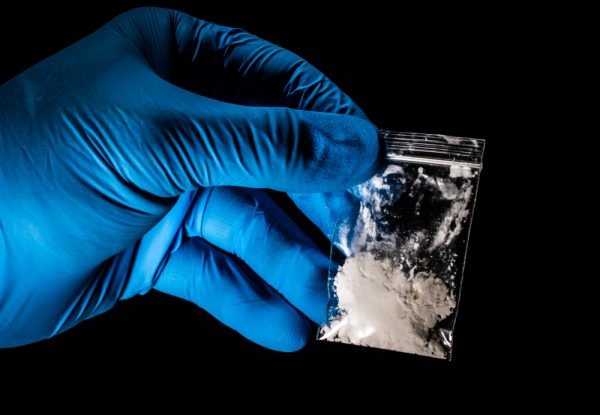 As with other opioid drugs—including both illicit drugs like heroin and prescribed drugs like morphine—fentanyl binds to and activates the body’s natural opioid receptors. The feeling of pain is lessened, but the user may also experience a sense of euphoria. This may drive continued use.1

Additionally, tolerance builds to the effects of opioids like fentanyl, meaning that our bodies and brains get used to the drug, eventually requiring increasing amounts of it to achieve the desired effects.1

Opioid dependence can develop with consistent use and may even develop to some degree in people using fentanyl as prescribed. Dependence is characterized by a continued need for the substance in question to feel and function “normally” and, once developed, is accompanied by the arrival of withdrawal symptoms when the person stops taking the drug or slows its use.1

Some symptoms of opioid withdrawal may include:

Although a person can develop substance dependence without exhibiting compulsive patterns of drug use and abuse, dependence is one of the diagnostic criteria of a substance use disorder, and is often present in those who struggle with addiction.1

Fentanyl’s intended use is relief from pain. However, regardless of whether a person is taking fentanyl in accordance with medical advice or illegally to get high, they can experience side effects. Some of these side effects can be uncomfortable and even dangerous, and can include: 1

Because fentanyl is highly addictive, there’s a chance that someone who uses the substance regularly can experience effects from longer-term use, including:4

Fentanyl is dangerous enough on its own, but illicit suppliers and dealers may also be lacing heroin and other drugs with the substance. In the case of illicit opioids, this may be done in part because less fentanyl is needed to produce the sought after high than a comparable volume of non-adulterated product.1, 2

Someone expecting a certain high from substances such as meth, cocaine, or heroin could be getting a much higher dose of an entirely different drug, for which little or no tolerance exists, which could greatly increase the chance of overdose.1

Fentanyl has contributed to an increase in synthetic opioid overdose related deaths in the last several years. In 2018, more than 31,000 people died from overdoses involving synthetic opioids, including fentanyl and fentanyl analogues.5

A person can overdose on fentanyl alone, or from using another substance that is laced with fentanyl. Fentanyl overdose symptoms can include:

If a fentanyl overdose is detected early enough, naloxone can be administered to reverse certain life-threatening symptoms by blocking the effects of fentanyl and other opioid drugs.1

Opioid withdrawal symptoms can develop quickly but there is relief during detox in the form of methadone and buprenorphine, which can reduce cravings and keep withdrawal symptoms in check. These medications can be administered at a detox facility to help stabilize someone experiencing acute opioid withdrawal and maintain them into their recovery from an opioid use disorder. 1, 6

After successful completion of medical detox and withdrawal management, there are several approaches to treatment they can take to facilitate their continued recovery journey. Counseling, through such therapies as cognitive behavioral therapy, motivational interviewing, and contingency management, has seen success as a way to help people understand and avoid drug use in the future.1

There are a lot of options when it comes to rehabilitation for fentanyl addiction: inpatient or outpatient treatment facilities, programs that offer medical detox and a continuum of care all the way through discharge and aftercare.

Recovery First Treatment Center is prepared to take a person suffering from an opioid use disorder through the entire foundation of their recovery journey, using evidence-based therapies and approaches to sobriety. We even offer an alumni program to give you the opportunity to check in and stay accountable after leaving our facility. Call our Admissions Navigators at for more information.

Is fentanyl an opioid?

Yes, fentanyl is an opioid. However, it is synthetic, meaning it is manmade, and not derived directly from the poppy plant, as heroin is, or from opiate precursor substances such as morphine and codeine.1

Does methadone work for fentanyl withdrawal?