The Connection Between Eating Disorders and Addiction

More women than men are diagnosed with eating disorders, although the Diagnostic and Statistical Manual and Mental Disorders, Fifth Edition (DSM-5) has broadened the definition of some disorders, like anorexia nervosa, so men can receive an appropriate diagnosis. Conversely, more men than women receive a substance use disorder diagnosis, but this, too, is changing as addictions are better understood and treated.

What Are the Most Common Eating Disorders?

While there are several kinds of eating disorders, there are three that are most frequently diagnosed.

1. Anorexia nervosa: Anorexia is a condition in which a person restricts their caloric intake to the point that they rapidly lose weight and may become dangerously underweight; however, they typically see themselves as overweight. The crash dieting associated with anorexia can seriously harm internal organs, making this condition the most lethal of all the eating disorders. The associated poor self-image typically leads to either death or hospitalization due to starvation or suicide attempts. Symptoms associated with anorexia include:

Physical problems associated with anorexia include:

2. Bulimia nervosa: People who struggle with bulimia go through periods of binge eating, consuming unusually large amounts of food, and they feel unable to control these episodes. In response to their loss of control over how much food they consume, they purge to get rid of the calories. This behavior may be forced vomiting, excessive use of diuretics or laxatives, fasting, or exercising too much, or a combination of purging behaviors.People with bulimia may maintain a healthy weight, or be slightly underweight or overweight, but will not show blatant signs of an eating disorder. Instead, they will develop behavioral changes, like not eating in front of others. Symptoms associated with bulimia include:

People who struggle with binge eating disorder may develop chronic health problems associated with being overweight, including diabetes, cardiovascular damage, and gastrointestinal problems.

How Often Do Eating Disorders and Substance Abuse Co-Occur?

People who are working to recover from an eating disorder are at risk for developing an addiction as a method of self-medicating intense emotions. At the same time, people recovering from substance abuse are at risk for developing an eating disorder as a way to manage their psychological experience. Medical researchers believe these risks are due to using a substance, like food or an intoxicating drug, to balance neurotransmitters in the brain. About half of those who struggle with any eating disorder are also abusing substances compared to 9 percent of the general population; additionally, 35 percent of those struggling with a substance use disorder report struggling with a co-occurring eating disorder compared to 1-3 percent of the general population.

Getting Treatment for Co-Occurring Disorders 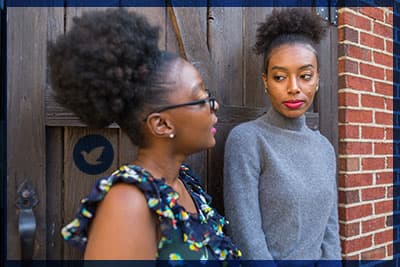 When a person enters treatment – either for an eating disorder or addiction – it is important to screen for both mental illnesses and other behavioral conditions. Because eating disorders, addictions, and mental illnesses are closely associated, screening those entering treatment for these co-occurring conditions will help them get the type of therapy they need to get healthy.

People who struggle with eating disorders may benefit from antidepressants, which have shown specific effectiveness for bulimia. These medications may also help to manage underlying depression or anxiety, and they can help treat associated depression or anxiety related to detox and rehabilitation for addiction.

Knowing the risks of co-occurring disorders during treatment is also important. Clinicians can watch their patients for symptoms associated with eating disorders or substance abuse, as they progress through treatment. For example, a person in treatment to overcome alcohol use disorder can be monitored for binge eating and purging behaviors because these conditions have commonality.

SAMHSA states that few substance abuse treatment centers currently screen for eating disorders, but as both eating disorders and addiction are better understood, the co-occurrence of these disorders can be better treated, using therapy and medications.

co-occurring disorderseating disorders
Ready to get started?
We're available 24/7 to answer questions and help you make decisions about starting recovery from drug use.
Are you covered for addiction treatment? Find your insurance.
and many more...
✕
Instantly Check Your Insurance Coverage
Your information is safe & secure
At Recovery First, we accept most types of private (non-government) insurance and offer a variety of payment options.
You can quickly and privately check your insurance benefits to see if you're covered for addiction treatment services. We’ll be able to tell you if your provider is in network with Recovery First Treatment Center and all American Addiction Centers locations.
This means your treatment may be FREE1 depending on your policy, copay, and deductible.
Next Steps & ResourcesFind recovery resources and treatment info.