Read on to learn about:

Co-occurring disorders diagnoses can include:

Mood disorders, such as:

Substance use disorders, such as: 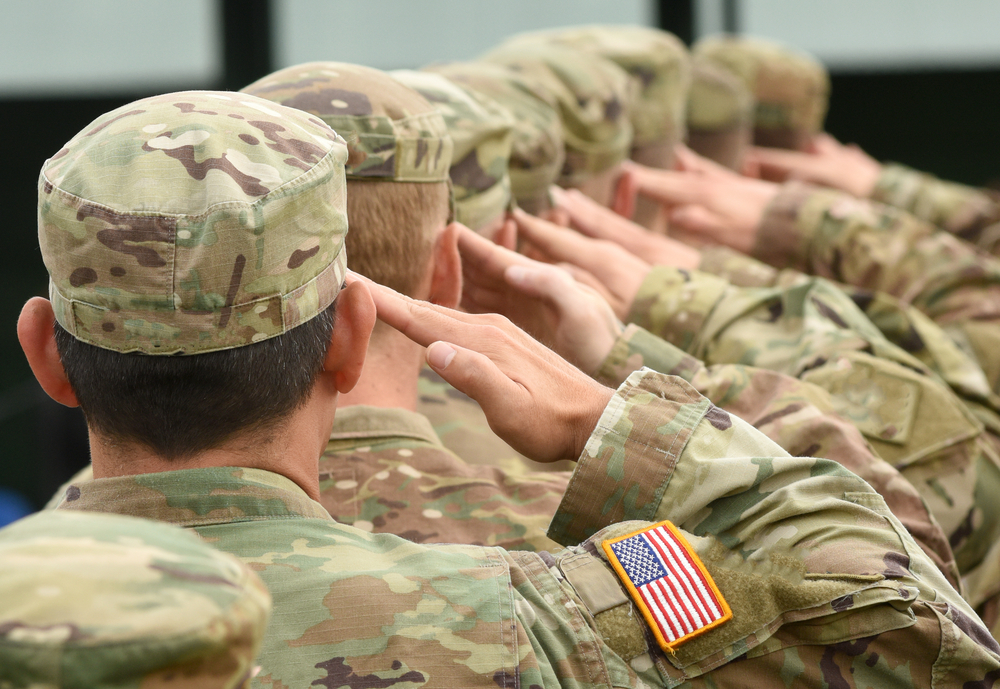 About 11 to 20% of service members returning from Iraq and Afghanistan struggle with both PTSD and depression, as these conditions frequently occur together.1

In addition, 19.5% report experiencing a traumatic brain injury (TBI) during deployment, which can lead to mood and behavioral changes that contribute to the risk of developing PTSD, depression, insomnia, and substance use disorders.2

About half of the returning Veterans of just the wars in Iraq and Afghanistan have been treated by the Veterans Administration (VA) for symptoms of mental illness—30% of those Veterans report PTSD symptoms specifically.

Understanding how mental health struggles and substance misuse overlap among military Veterans is integral to identifying symptoms and the right treatment program as soon as possible.

Veterans are at a higher risk for a few specific co-occurring disorders, often connected with PTSD.

One of the most prevalent mental health conditions diagnosed in Veterans is post-traumatic stress disorder (PTSD).

PTSD can be triggered by:3

Military Veterans may have experience with more than one of the above and, consequently, Veterans with a substance use disorder (SUD) diagnosis often also have post-traumatic stress disorder (PTSD).

Alcohol use disorder (AUD), heavy drinking, and binge drinking are a few of the most frequently reported types of substance misuse among Veterans in general.5  In one study, 12 to 15% of soldiers who were deployed to Iraq misused alcohol.6

Military Veterans who experience combat and a PTSD diagnosis were found to binge drink—which is considered 4 to 5 drinks, or more, in a 1- to 2-hour period.7 Over half of service members who had recently been deployed to combat zones binged alcohol.6

Another study found that alcohol use specifically among military Veterans increased the risk of:5

Statistics on the co-occurrence of marijuana and PTSD are hard to find, because service members who use illicit drugs like marijuana or heroin are dishonorably discharged and are no longer considered Veterans of the U.S. Armed Forces.6

However, as marijuana becomes a socially acceptable drug and is legalized in some states, the VA is tracking use rates more closely. Between 2002 and 2014, the number of Veterans diagnosed with PTSD and marijuana use rose from 13 percent to 22.7 percent.

Alcohol misuse is already known to be high among Veterans with PTSD, so this may contribute to increased rates of depression as alcohol changes brain chemistry.5,6 Depression and alcohol use disorder are closely associated in general, not just among Veterans.

Heavy alcohol consumption among active-duty service members declined from the 1980s to 1990s but began rising again in the early 2000s. Binge drinking in this group rose from 35% in 1998 to 47% in 2008. These forms of drinking were closely associated with co-occurring mental illnesses, especially depression and PTSD.9

Other Anxiety Disorders, Insomnia, and Opioids

Misuse of opioid drugs, especially prescription painkillers, is rising among Veterans as it rises in the general population.

Treatment for Veterans with Co-Occurring Disorders 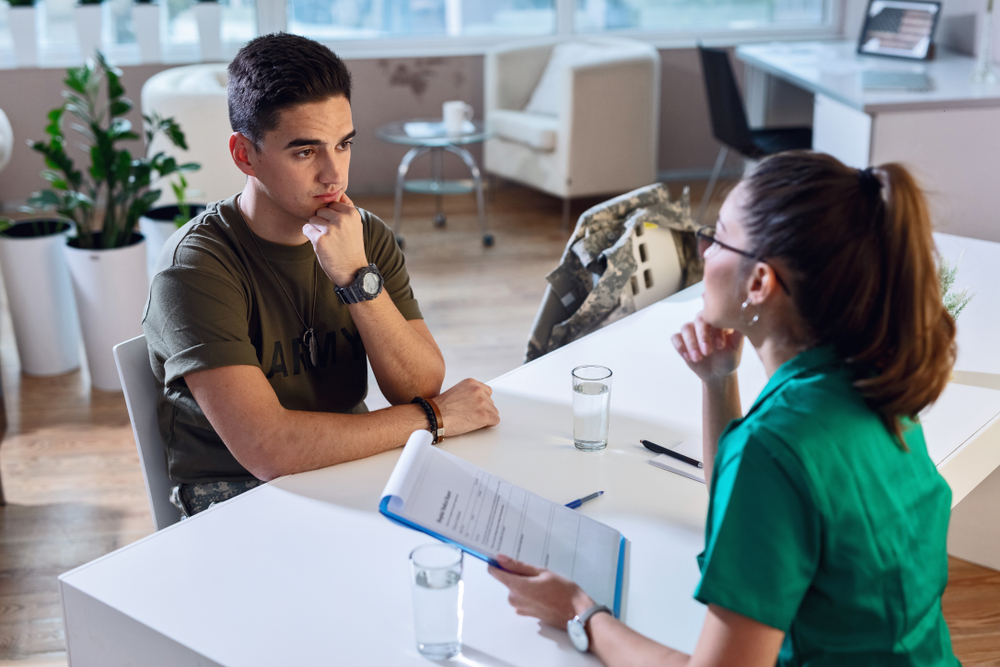 The Veterans Affairs Administration is clear that the foundation of treatment for any mental or behavioral problem in Veterans is talk therapy, known in the industry as psychotherapy.11

While some medical interventions—like antidepressant prescriptions or brief treatment with anti-anxiety medications—may be beneficial, medication-based treatments work best when combined with counseling.

The VA and other professional organizations recommend cognitive behavioral therapy (CBT) as the leading approach to treating co-occurring disorders, mental illnesses, and behavioral conditions among the general population as well as among Veterans. For veterans with PTSD, trauma-focused treatment like cognitive processing therapy (CPT) and prolonged exposure therapy (PE) appear to work the best.11

Counseling that does not specifically deal with trauma is also beneficial in conjunction with therapy directed at PTSD. At the VA, this includes a program called Seeking Safety, which is an approach to psychotherapy that has been integrated with improved coping skills. It is often applied to treating co-occurring disorders among Veterans.

Military Veterans can reach out to facilities around the U.S. that cater to their specific needs—like Recovery First—for treatment. The VA also offers several different programs for Veterans suffering from PTSD or substance use disorder.

If you or a Veteran you care about is suffering from mental health and substance use disorders, recovery is possible. Call us today at to find out more about our specialized treatment programs for Veterans.