The Connection between Depression and Substance Abuse

According to the National Institute on Drug Abuse, data indicates a connection between mood disorders like depression and substance abuse, with those diagnosed with a mood disorder being twice as likely to abuse substances than a person without a mood disorder. The Substance Abuse and Mental Health Services Administration (SAMHSA)’s 2014 National Survey on Drug Use and Health (NSDUH) stated that about 7.9 million adults in the United States had two simultaneous mental health issues, such as a substance use disorder and depression, in 2014 alone.

The New York Times states that about one-third of people with depression have an alcohol problem as well. And statistics provided by the University of Utah show that 27 percent of people who have major depressive disorder have a drug addiction as well.

Those who suffer from depression are combating more than just occasional sadness. Many times, the symptoms of depression manifest physically as well as mentally. Some of the symptoms include the following:

It’s tough to say as the results vary from person to person. Some people develop alcoholism or drug addiction first while others develop depression first. First and foremost, a person who abuses a substance may develop depression. For instance, the person may abuse a substance, become addicted, and eventually, it affects their life negatively. These effects may contribute to developing depression.

A study published in the National Institutes of Health’s U.S. Library of Medicine notes that alcohol can induce depression. It alters the levels of serotonin (5-HT) and its metabolites to lowered levels, as indicated by a study on rats, some of which preferred alcohol. Humans with an alcohol dependence problem have lower levels of serotonin and metabolites in their cerebrospinal fluid. In the study, researchers intervened and provided the rats with low serotonin levels with a method to increase these rates. When the rats’ serotonin levels rose, their symptoms of depression tended to decrease. 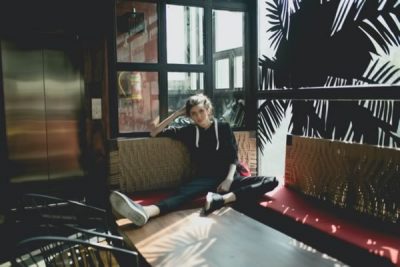 On the other hand, people who have depression may abuse a substance in an effort to self-medicate and treat the problem. Typically, this is only a temporary solution, as the substance abuse worsens the depression over time. Drug or alcohol dependency can cause a great deal of hardships across all spectrums of life, and ultimately, these hardships worsen the person’s depression.

The “comedown” from cocaine and other stimulants oftentimes worsen the initial depression. Cannabis has been linked to a decrease in depression; however, it’s only effective in small amounts since large doses may worsen the symptoms of depression.

Both mental illness and drug and alcohol use disorders have many similar underlying causes. For example, genetics play a role in depression and substance abuse. Stanford School of Medicine’s Douglas F. Levison, MD, and Walter E. Nichols, MD, state that there’s a direct connection between depression and heredity, with 40-50 percent of the cause of depression being linked to heredity. Additionally, a person who has a parent or sibling with depression is about 2-3 times more likely to develop depression than the average person.

Mental illnesses and addiction both stem from issues within the brain. When a person is vulnerable to one type of brain disease, the individual may be vulnerable to other mental conditions as well. Both addiction and mental health disorders affect the same molecules, chemicals, and pathways in the brain. For instance, Mental Health Daily indicates that dopamine levels may be lower in individuals who have depression. Abusing certain substances alters the amount of dopamine in the brain as well. A prime example is cocaine, which stimulates an increase in dopamine activity.

Serotonin is the neurotransmitter most commonly associated with depression and other mood disorders. The serotonin transporter tends to be different in individuals who suffer from alcoholism. Dysfunctional reward pathways occur in people who have certain mental health conditions, and those who abuse cocaine appear to have a dysfunction within the reward pathways.

Childhood stress and trauma put a person more at risk for both substance use disorders and depression. The Brain & Behavior Research Foundation declares that a relationship between depression in adulthood and childhood trauma exists; however, further research is needed to determine the reason why the vulnerability for depression occurs in these individuals. Childhood trauma and stress may be triggered by the following events:

Stress is a risk factor for depression, regardless of a person’s age. The body releases the stress hormone cortisol, which acts on the corticotropin-releasing factor and stimulates symptoms similar to depression in animals. Moreover, clinical studies indicate levels of the “feel-good” hormone oxytocin are lower as a result of childhood stress, and this particular hormone affects a person’s level of bonding and trust. The hippocampus area of the brain plays a role in memory and emotion and tends to be smaller in those who have chronic stress.

One study conducted on depressed women showed that those who experienced childhood trauma had a small hippocampus while those without childhood trauma had a normal-sized hippocampus. Per the National Child Traumatic Stress Network, several studies show that children who have undergone trauma, experience regular stress, or have post-traumatic stress disorder are more likely to abuse substances. In fact, these studies indicated that 25-76 percent of individuals with childhood trauma began abusing substances to cope with intense emotions. Research has even indicated that it’s difficult for individuals with childhood stress to stop using because the negative thoughts recur after stopping the substance.

How Do Co-occurring Disorders Affect Treatment? 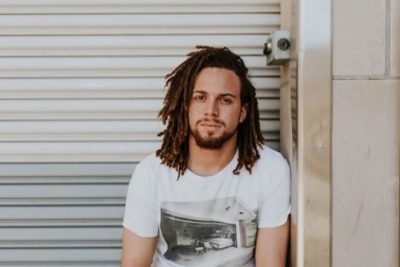 Co-occurring disorders require a comprehensive treatment program that effectively addresses both disorders. One disorder shouldn’t be treated without treating the other since individuals who aren’t treated for both have significantly higher rates of relapse.

Drugs used to treat depression can be affected by alcohol use. Mayo Clinic notes the use of alcohol with depression medications has the potential to counteract the benefits of the drug. The person may still feel depressed or even anxious when drinking while taking the medication. Alcohol may cause the person taking the drug to feel drowsy or become sedated. As a result, the treatment team needs to be aware of all co-occurring issues; a comprehensive assessment at the beginning of treatment can help to identify and diagnose these issues.

Treatment for depression and substance abuse generally includes the use of both medications and therapy. Antidepressants may be used to stabilize mood, and various medications may be used as needed to moderate withdrawal from substances of abuse. Therapy makes up the backbone of treatment, addressing issues related to both disorders.

Recovery First, along with the other many facilities American Addiction Centers runs, treats co-occurring disorders like depression and substance abuse. If you’re ready to get help, or know of a loved one that may be looking into recovery options, give us a call at .

antidepressantsco-occurring disordersDepressionsubstance abuse symptoms
Ready to get started?
We're available 24/7 to answer questions and help you make decisions about starting recovery from drug use.
Are you covered for addiction treatment? Find your insurance.
and many more...
✕
Instantly Check Your Insurance Coverage
Your information is safe & secure
At Recovery First, we accept most types of private (non-government) insurance and offer a variety of payment options.
You can quickly and privately check your insurance benefits to see if you're covered for addiction treatment services. We’ll be able to tell you if your provider is in network with Recovery First Treatment Center and all American Addiction Centers locations.
This means your treatment may be FREE1 depending on your policy, copay, and deductible.
Next Steps & ResourcesFind recovery resources and treatment info.