Addiction Resources for Airmen: Substance Abuse in the Air Force

Substance use is a problem in our Armed Forces, just like it is among civilians. Each branch has unique challenges when it comes to addiction and mental health disorders, and the Air Force is no different.

Like other military personnel, some Airmen may have significant issues relating to substance use. Alcohol use is the most-reported substance among active-duty military service members. It accounts for the majority of admissions for Veterans seeking substance use treatment.1

The use of illegal drugs is relatively low among Airmen, as is the case with other branches of the military. Only around 1% of military service members use illicit drugs, compared to 22% of the general population between the ages of 18 and 25. The low rate of illicit drug use in the military is due to frequent drug testing and severe penalties for using illegal drugs.1

Alcohol Misuse in the Air Force 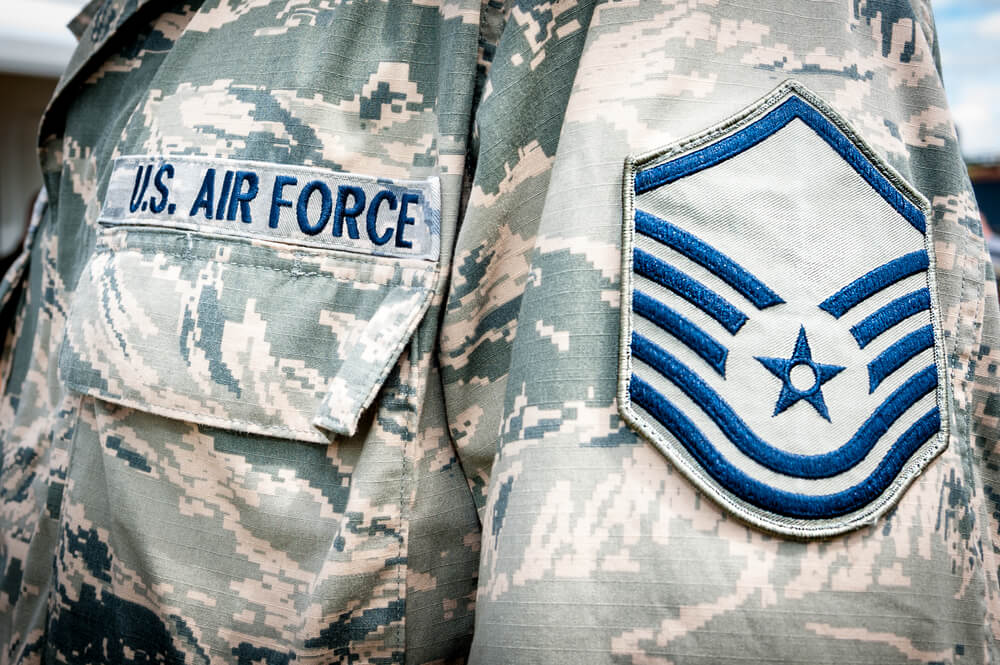 Military personnel spend more days using alcohol on average than any other profession.2 Airmen might be using alcohol to cope with stress or trauma, and the military culture in general supports drinking.1

Binge drinking is a significant issue in the military, with 1 in 3 service members engaging in binge drinking, as compared to 1 in 4 people in the civilian population.1 Binge drinking is defined as drinking where a person consumes enough alcohol to raise their blood alcohol level to 0.08% or higher.

In general, women reach or exceed this level after 4 drinks in 2 hours, whereas men tend to reach it after 5 drinks in 2 hours. Although binge drinking can lead to legal issues or health issues, most people who binge drink are not physically dependent on alcohol, nor do they necessarily meet the criteria for a diagnosis of alcohol use disorder.3

When a person has an alcohol use disorder, they exhibit symptoms that include:4

If you or any Airmen in your family require substance use treatment resources, there are several available through the Air Force Alcohol and Drug Treatment Program and Prevention.

A growing number of young Veterans are experiencing major depression. In addition, serious mental illness is rising among Veterans ages 26 to 49.5

Depression rates in Veterans have been linked to combat exposure.6 PTSD is frequently discussed as an outcome of military service. Research findings indicate that the type of war, politics around the war, duties during the war, and where it was fought may all contribute to PTSD rates. Vietnam Veterans, in particular, have higher rates of PTSD than other Veterans.7

Veterans with a serious mental illness such as PTSD are more likely to have a substance use disorder than those with no mental illness.5

A New High in Suicide Deaths in the Air Force

Unfortunately, suicide rates have risen to an all-time high in the Air Force. Specifically, suicide completions among Airmen rose by 33% in 2019.8 The Air Force is equal to the Navy in terms of overall suicide rates but below that of the Army or Marine Corps.9

There is help for those contemplating suicide:

The Salute to Recovery program that’s offered at Recovery First in Hollywood, Florida offers a unique treatment program designed to help Veterans. Many staff in the program are Veterans themselves and therefore have a unique ability to understand and help other Veterans in crisis.

Recovery First is a community care provider through the VA, which means that if you would like to seek addiction treatment outside of the VA and you qualify, our facility could be the right fit for you.

Through the use of evidence-based practices, such as cognitive-behavioral therapy, Veterans receive treatment for substance use and mental health disorders in a supportive and understanding environment.

All of the American Addiction Center facilities are VA community care providers and each location offers the Veteran-focused Salute to Recovery program.

We have a few more resources for Veterans online, including articles about: