Written by: Laura Close
Reviewed by: Ryan Kelley, NREMT
Updated: May 26, 2022
Marijuana is one of the most commonly used and abused substances in the United States. It’s legal in some states, but illegal at a federal level, and can lead to dependence and addiction.
Did you know most health insurance plans cover addiction treatment?

People have several options for how they choose to consume marijuana, including:3

When marijuana is smoked, THC gets into the bloodstream, brain, and other organs quickly, and is absorbed more slowly when eaten.3 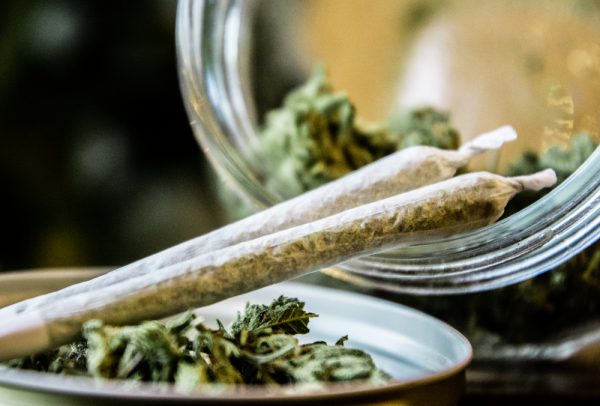 As more states move to fully legalize marijuana use or decriminalize it and allow it for medical use, it’s acceptance continues to grow, suggesting fewer people believe regular marijuana use is risky and can potentially negatively affect their health.3 Although many states have legalized marijuana for both recreational and medical purposes, it remains illegal at the federal level.

What is Cannabis Use Disorder?

Despite increasing social and legal acceptance of marijuana, long-term use can have adverse effects including dependence and addiction.3 In fact, people who start using weed before they turn 18 are 4 to 7 times more like to develop a cannabis use disorder in adulthood.4

The Diagnostic and Statistical Manual of Mental Disorders, 5th Edition provides 11 criteria by which a cannabis use disorder can be diagnosed. The patient would have to exhibit at least 2 over a 12-month period. Some marijuana addiction symptoms include:5, 6

Physical and Mental Effects of Marijuana Use

Marijuana use can cause impaired body movement, difficulty with thinking and problem-solving, and impaired memory. Hallucinations and delusions are possible if the user takes high doses. For those who take marijuana with high THC levels regularly, there is a chance of psychosis.3

Those who use marijuana regularly and over a long period of time can develop other, more serious, health risks, including:3

Treatment and Rehab for Weed

Currently, there are no drugs used to treat marijuana addiction. There are detox programs for marijuana dependence and addiction that can help manage withdrawal symptoms. Medical and clinical professionals recommend cognitive behavioral therapy as the main approach to creating the foundation for continued marijuana cessation and recovery.3, 7

Rehab facilities like Recovery First offer detoxification as well as inpatient and outpatient services to best fit the needs of the patient. Whether it’s you or a loved one who is need of help, our Admissions Navigators can help you day or night: .