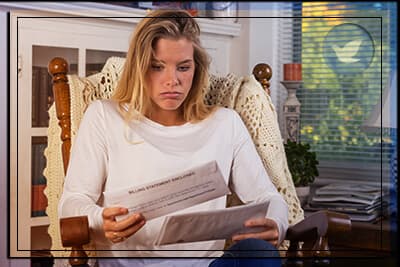 Since the time of Sigmund Freud, the notion of anxiety has played a very significant role in the understanding of psychopathology and in the diagnosis of different types of psychiatric and psychological disorders. The concept of anxiety today is different than it was in Freud’s time. The conceptualization of anxiety versus fear in Freud’s day was such that anxiety was characterized as an inner feeling of uneasiness and nervousness that was not attributable to any specific tangible threat, whereas fear was a reaction to an actual tangible threatening situation. Over the years, the two terms have become basically interchangeable in the diagnosis of psychopathology, and anxiety is considered to be a less intense manifestation of fear that can occur to real, imagined, or unidentified threatening situations.

One designation that remains relevant to the understanding of anxiety is a differentiation between trait and state anxiety. Trait anxiety refers to the subjective differences that different individuals experience when they are anxious or fearful. Some individuals have more severe subjective feelings of anxiety than others even when exposed to the same anxiety-provoking stimulus. State anxiety refers to a temporary feeling of uneasiness, jitteriness, nervousness, etc., that is triggered by a specific stimulus or condition and resolves once that threatening condition is removed.

Anxiety is considered to be an evolutionary development that protects the individual from approaching potentially dangerous situations. For instance, suppose you are walking in the woods and suddenly come across a mountain lion. Most everyone will experience some level of anxiety at this encounter. Some individuals will experience very high levels of anxiety, whereas others with more experience in dealing with animals may experience lower levels of anxiety (trait anxiety). Anxiety often elicits the fight-or-flight mechanism, and most individuals in this case would take the flight option. Once the mountain lion is avoided, the anxiety will dissipate (state anxiety).

One of the oldest laws in the field of psychology has postulated that anxiety as a result of stress is often important in enhancing performance on a number of tasks; however, with very low levels or very high levels of anxiety, one’s performance often suffers (the Yerkes Dodson Law). Optimum performance occurs at more moderate levels of anxiety.

People with anxiety disorders experience anxiety that is out of proportion to the perceived threat (trait anxiety), and/or when the potential threatening situation is no longer salient, they continue to experience higher than normal levels of anxiety (state anxiety). This dysfunctional experience of anxiety interferes with the person’s ability to function in their everyday routine. Individuals who have dysfunctional levels of anxiety that do not dissipate are prone to developing substance use disorders.

Two other categories of anxiety disorders, anxiety disorder due to a medical condition and substance/medication–induced anxiety disorder are also worth mentioning. In the former condition, an individual has some type of a medical condition (e.g., hyperthyroidism) that results in the experience of anxiety, and in the latter condition, the individual’s anxiety is induced by drugs, such as amphetamines, caffeine, alcohol, etc. Individuals who experience chronic anxiety associated with these conditions are obviously at risk to develop substance use disorders as well.

How Are Anxiety Disorders and Substance Use Disorders Related?

Thus, the explanation that individuals with anxiety disorders use drugs or alcohol to self-medicate is not always consistent with a good deal of the data, although it may partially explain the relationship in some cases. The relationship between anxiety disorders and substance abuse is very complex and consists of a number of interacting variables that work in different ways in different individuals. It is generally accepted that the relationship between different mental health disorders and the observation that individuals are often diagnosed with more than one of these disorders, including an anxiety disorder and a substance use disorder, is that these disorders share a number of risk factors, such as similar genetic associations, shared neurobiological pathways, and shared environmental experiences, such as abuse or the experience of some other traumatic event.