Substance Abuse and Addiction in the Marines

Substance misuse and addiction know no boundaries and can affect people from all walks of life. Unfortunately, this includes military personnel and Veterans.

There is a growing concern in the United States Marine Corps (USMC) due to rising rates of substance misuse, co-occurring mental health disorders, and suicide. If you or a loved one is a Marine struggling with substance use disorder, it’s important to understand some of the issues that lead Marines to misuse substances, as well as the first steps for finding recovery and sobriety.

Substance Misuse in the Marines

Substance misuse in the Marines is a growing problem. Due to high levels of stress, high expectations for performance, and rates of co-occurring mental health disorders, Marines see higher rates of alcohol and drug use than other parts of the military.1 In particular, Marines struggle with high rates of:2

Binge Drinking Is a Big Problem for Marines

Marines see the highest rates of binge drinking in the military. Binge drinking is considered a public health concern, in which an individual consumes several drinks in a short period of time.

Marine Corps alcohol use statistics show that Marines are the most likely group in the military to struggle with binge drinking. A survey showed that 42.6% of people in the Marine Corps participated in binge drinking in the past 30 days.2

Some signs of alcohol use disorder can include:3

Drug Use in the Marine Corps.

While alcohol misuse plagues the Marine Corps, drug use in the USMC is also a considerable problem. Due to the Marine Corps substance use policy, many Marines are discharged for drug use.4

Despite there being a drop in positive drug tests amongst Marines, many established in the Marine corps still use drugs.5 Stressors commonly felt by Marines, such as high expectations and the stress of combat situations, can lead to using drugs as an unhealthy coping mechanism.1

Some signs of drug addiction include:6

Marines need not struggle through addiction alone. The Marine Corps Substance Abuse Program is available for Marines who struggle with drug or alcohol use. There are also discussions about USMC alcohol policy, specifically about limiting how much alcohol Marines are permitted to keep in their barracks.

There are also various hotlines for Veterans and Marines going through moments of crisis, as well as Alcoholics Anonymous (AA) and Narcotics Anonymous (NA) groups.

These hotlines can help Marines in crisis:

This is due to the intense pressure of combat zones and high expectations placed upon military personnel.1

Additionally, factors of combat, such as what a given soldier’s duties are, the politics of the war, the location of the war, and the type of enemy being faced, can also impact a Veteran’s risk of mental health disorders.1

PTSD in Marines and Veterans remains high due largely to the fact that Marines are often put in stressful combat situations. It is estimated that anywhere between 11% and 20% of Veterans from the Iraq War struggle with PTSD.

Some Marine PTSD symptoms include:8

Decade-Long Rise in Suicides Among Marines

If you are a Marine or a military Veteran struggling with mental health disorders, please remember that you are not alone. There are several Veterans-specific hotlines ready and willing to help you through moments of crisis:

Unfortunately, many Veterans and Marines find returning home from the battlefield to be a unique challenge, especially if they are also struggling with PTSD or other mental health disorders. These conditions, coupled with the stigma against asking for help that is present in the USMC, can leave Marines feeling isolated and misunderstood. This is perhaps why, despite a slight dip in 2019, the suicide rate amongst Marines has risen this past decade.9

There are programs designed to help Marines through crises. The Marine Corps Substance Abuse Program has close connections with the USMC’s suicide prevention program. This program helps Marines recognize the warning signs of suicide, connects them with suicide prevention hotlines, checks up on them for 90 days after a suicidal ideation or suicide attempt, and helps teach healthy coping mechanisms.

American Addiction Centers (AAC) prides itself on its Veterans’ specific treatment track. The Salute to Recovery Program is available at all of our facilities across the country. Every AAC location is a VA community care provider (CCP).

Recovery First’s Salute to Recovery program offers Veterans an evidence-based approach to addiction treatment. Blended in with this program is treatment for co-occurring mental health disorders that commonly affect Marines and Veterans, like PTSD. Some of the staff involved with Salute to Recovery are Veterans, allowing them to connect with former Marines more closely.

If you or a loved one is a Marine or a USMC Veteran struggling with alcohol or drug use and addiction, don’t wait to get help. A healthy life in recovery is just a phone call away. Call to speak with a caring admissions navigator and start the treatment admissions process. 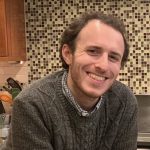