Written by: Laura Close
Reviewed by: Ryan Kelley, NREMT
Updated: Jul 29, 2022
Cocaine is a central nervous system stimulant drug made from the native South American coca plant.1 Although it does have limited medical applications, cocaine is most commonly used illicitly and is highly addictive.1 It is known on the street as coke, C, snow, powder, or blow.2
Did you know most health insurance plans cover addiction treatment?

Severe medical complications, particularly heart problems, can occur as a result of short-term and long-term cocaine use. Addiction to cocaine or any other substance of abuse is a chronic medical disease that is treatable. Read on to learn about the dangers of cocaine abuse and the options available for addiction treatment.

What is Cocaine Use Disorder? 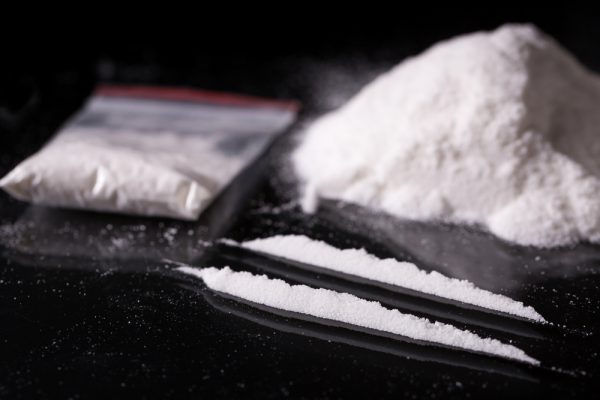 Use of opioids along with cocaine is common in individuals with cocaine use disorder. Some people use the two drugs simultaneously (this is known as a “speedball”) to enhance the drugs’ subjective effects.6

Learn more about how people use cocaine on our methods of cocaine use page.

Although the Food and Drug Administration (FDA) has approved the use of cocaine in limited medical settings, the Drug Enforcement Administration has labeled it a Schedule II substance. This means it has limited medical use and a high potential for abuse, is considered dangerous, and can lead to dependence or addiction.7

There are several factors, but basically, cocaine increases the amount of the neurotransmitter dopamine, which is related to movement and reward. Part of the puzzle could be that cocaine prevents the natural chemical messenger dopamine from being recycled in the brain. This causes dopamine to build up between nerve cells, stopping how it normally communicates with the brain and overloading the brain’s reward circuit, which reinforces the drug-taking behavior.1

A diagnosis of cocaine use disorder should only come from a qualified medical or clinical professional. However, there are physiological effects and signs that a friend or loved one may be able to identify in someone who is using cocaine.6 These can include:8

Check out our identifying cocaine abuse page for more information.

People may take cocaine because it can cause euphoria or increase energy levels, providing the user with heightened mental alertness for a short period of time. However, there are very serious health risks and side effects from using cocaine that users should strongly consider.1

Some physiological side effects that may show up in the short-term of taking cocaine include:1

You can read more on the health risks of cocaine use page.

Additional health risks develop as a person builds up a tolerance to the drug, requiring more frequent use of cocaine to achieve the desired effects, which increases the risk of overdose.9 This may lead to a person becoming dependent on cocaine, where a person will experience episodes of extreme displeasure and irritability when not taking the drug.1

Health risks associated with long-term use include reduced blood flow to the gastrointestinal tract, leading to tears or ulcerations, and severe chest pain. Long-term use of cocaine substantially increases a person’s risk of stroke, inflammation of the heart, loss of the ability of the heart to contract, and ruptures of the aorta known as aortic dissections.9

Other long-term effects can include malnourishment, kidney failure,10 and movement disorders like Parkinson’s.1

Additional risks are associated with specific routes of administration. If their preferred method is snorting, nasal issues may arise such as runny nose, nosebleeds or loss of smell. For those who inject cocaine, there’s a higher risk for bloodborne diseases such as HIV and hepatitis C, as well as collapsed veins and skin infection. For those who smoke cocaine, there’s a higher potential for a chronic cough, respiratory distress, and a higher risk of infections.

The majority of cocaine users entering substance abuse treatment use multiple drugs.11 Detox from cocaine involves abstinence from the substance and may also include medical management of any severe withdrawal symptoms, whether they are attributed to cocaine or another substance.12

There are currently no government-approved medications to help with the cessation of and treat cocaine use. However, like other substance use disorders, behavioral therapy is effective for continued sobriety and avoiding relapse. This can include cognitive behavioral therapy, contingency management, and 12-step or mutual help programs.1, 12

Depending on the severity of the cocaine use disorder, a person in recovery may choose an outpatient therapy model or inpatient treatment. 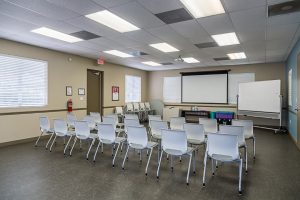 When a person is ready to get help for their cocaine use disorder, Recovery First Treatment Center is standing by ready to help. From safe, medically supervised detox to evidence-based treatments and therapies, the clinical and medical staff at Recovery First will craft an individualized treatment plan for you or your loved one. Call for more information.

Can a person overdose on cocaine?

Yes. When someone takes too much cocaine, they can overdose. Signs of an overdose include high blood pressure, chest pain, headache, agitation, confusion, blurred vision, abdominal pain, diarrhea, vomiting, hyperthermia, loss of pulse at the feet and/or hands.10 Combining cocaine with other substances like heroin or alcohol is extremely dangerous and can increase the chance of an overdose.1

Serious health complications arising from an overdose can include:10

A cocaine overdose can cause death at any point during cocaine use, whether it’s the first time or not.1

What are the withdrawal symptoms for cocaine?

A person withdrawing from cocaine may display the following:1

Can cocaine abuse cause heart disease?

Yes. Health complications from cocaine use that affect the cardiovascular system include:13