Military service members are at higher risk for developing substance use disorders (SUDs), including people who are or were in the Coast Guard.1 Military service can also lead to increased risk for mental health disorders such as suicide.1

It’s imperative that service members have access to quality mental health and addiction treatment. In this article you’ll learn more about:

In general, the military has high rates of alcohol abuse.2, 3 Service members drink more frequently than any other profession, on average drinking 130 days out of the year.2 This rate has steadily risen in the last 6 years.2 Nearly 70% of service members view military culture as “supportive of drinking,” which could contribute to drinking behaviors.3

Substance use statistics of Coast Guardsmen show that: 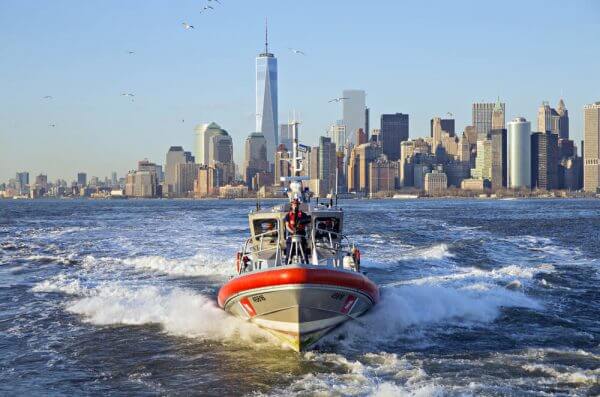 AUD is the most common addiction in active-duty personnel.1 AUD is a pattern of behavior diagnosed when a person meets 2 or more of the following criteria within 12 months:6, 7

One of the main functions of the Coast Guard is to intercept drug trafficking.8 Because of the strict zero-tolerance policy in all branches of the military, drug use is low among active service members, including Coast Guardsmen.9

SUDs can occur, however, and warning signs include experiencing 2 or more of the following within 12 months:6, 10

While trends don’t indicate high levels of substance use in the Coast Guard, this doesn’t mean that substance abuse doesn’t occur. Fortunately, there are resources available to help Coast Guardsmen who struggle with substance use. These include:

Behavioral Health in the Coast Guard

Military service members are at increased risk of developing behavioral health issues, such as SUDs, post-traumatic stress disorder (PTSD), depression, and anxiety.1 Factors that may contribute to these issues include: 1, 2, 12

In the Coast Guard, PTSD is twice as likely to occur from trauma related to first responder duties.12, 13

The term co-occurring disorders refers to when a person has both an SUD and a mental health disorder. Mental illness increases the risk of developing an SUD, and vice versa.4, 14 This trend applies to veterans as well, especially once zero-tolerance policies no longer apply.1, 14

The Department of Veterans Affairs runs a crisis hotline that connects service members, veterans, and family members to trained responders, many of whom are veterans.14 This hotline, reachable at 1-800-273-8255, is available 24/7.

The Suicide Prevention Program provides crisis services for any Coast Guardsmen who may be considering suicide.15 It can be reached 24/7 at 855-247-8778.

While the Coast Guard has resources for addiction, ask does the VA for veterans, there are options outside of the military that could work well for your or your loved one.

Because some of our staff members are also veterans and first responders they can better understand your experiences. A variety of effective treatment techniques are used to help participants learn to live clean and sober, manage any mental health symptoms that may be present, address any physical health issues, and improve relationships with family.

treatmentveteran
Prefer getting help via text?
We're available 24/7 via text message. Signup below for access to our team when its convenient for you!
and many more...
✕
Instantly Check Your Insurance Coverage
Your information is safe & secure
At Recovery First, we accept most types of private (non-government) insurance and offer a variety of payment options.
You can quickly and privately check your insurance benefits to see if you're covered for addiction treatment services. We’ll be able to tell you if your provider is in network with Recovery First Treatment Center and all American Addiction Centers locations.
This means your treatment may be FREE1 depending on your policy, copay, and deductible.
Get the Info & Help You NeedLearn about the options available at our South Florida addiction treatment center.