Carfentanil is a powerful derivative of fentanyl, a synthetic narcotic analgesic produced from morphine. While fentanyl is about 100 times more powerful than morphine, carfentanil is 100 times more potent than fentanyl, meaning it is 10,000 times more potent than morphine. This drug is not approved for use in humans in any capacity, and it is typically found in veterinary medicine to sedate large animals, primarily elephants. In fact, the drug is so powerful that when veterinarians handle carfentanil, they use protective gear so they don’t breathe it in or absorb it through their skin.

Unlike other morphine derivatives, heroin, or other opioid narcotics, carfentanil does not lead to addiction. It is too powerful for humans who have not developed a tolerance to strong narcotics like heroin or fentanyl. Even for people who have struggled with addiction to powerful narcotics, a dose the size of a grain of salt can rapidly lead to an overdose and death.

However, carfentanil has been found cutting heroin and even fentanyl sold on the streets, starting in July 2016 in Ohio, when 35 overdoses and six deaths occurred in a span of three days. Law enforcement and emergency medical personnel warn that carfentanil sold illicitly looks like other drugs found on the street, including cocaine and heroin, because it is an odorless, white powder. Carfentanil, like fentanyl, has been found cutting heroin in order to increase its potency and the heroin dealer’s supply of the substance.

According to an article from the Washington Post, carfentanil’s deadliness can be expressed in a few ways. First, the Buffalo Field Campaign based out of Yellowstone National Park warns that humans should not eat the meat of bison who have been sedated with carfentanil, because it can enter the human’s body and cause an overdose. Second, Russian authorities used a weaponized chemical gas based on carfentanil to end a Chechen hostage crisis in 2002 and ended up killing 170 people with one dose.

The dose used to cut heroin is typically so small that forensic chemists often have a hard time finding it. Even so, that small amount is enough to send a person into an overdose. The Ohio Attorney General website recommends that forensic technicians and chemists who must field-test heroin for fentanyl or carfentanil use protective gear to avoid harming or killing themselves.

How Does Carfentanil Affect Humans?

Because of carfentanil’s potency, the effects on the human body and brain are very rapid. Even in elephants, the sedative effects are especially rapid. According to Elephant Care International, veterinarians must watch elephants for signs of pulmonary edema and capillary bleeding, characterized by a pink foam issuing from the elephant’s trunk, which indicates a potentially fatal rise in blood pressure. While doses administered to elephants are specifically to knock the animal unconscious, the doses are small compared to doses of much less powerful narcotics, like oxycodone or hydrocodone, given to humans to treat pain. When even a fraction of the dose given to elephants is administered to humans, onset is rapid, difficult to stop, and hard to treat.

Carfentanil rapidly binds to opioid receptors in the brain, overwhelming neural chemistry and leading to overdose symptoms almost immediately. Fentanyl, for comparison, creates an intense euphoria and drowsiness when binding to the opioid receptors in the brain. These sensations are caused by elevated dopamine levels and a reduced ability for the opioid receptors to absorb this neurotransmitter due to the presence of the narcotic. These receptors also control breathing rate, which is why opioid overdoses are typically characterized by depressed, irregular, or stopped breathing.

Physical effects of fentanyl or heroin on the body include:

In contrast, the Drug Enforcement Administration issued a warning in September 2016 about carfentanil, which included a disclaimer that overdose symptoms could begin within minutes of exposure to the powerful narcotic. The DEA warned that a person experiencing these symptoms should seek immediate medical attention:

Because these symptoms can appear very shortly after exposure to carfentanil, the DEA recommended that a dose of naloxone be immediately administered in order to slow down the overdose long enough for emergency medical services to arrive and treat the individual.

The DEA has already issued a warning about the dangers of fentanyl, which is a powerful opioid approved for use in humans in limited medical circumstances. Fentanyl is most often administered as a painkiller in patients with chronic pain, who have developed a tolerance to other opioids through previous use. Mixing fentanyl with heroin or other opioids increases the potency of those drugs and increases the risk of overdose and death. Now that carfentanil has hit illicit drug markets, however, more people are dying of overdoses because of the elephant tranquilizer’s potency in humans.

Get Help for Opioid Addiction 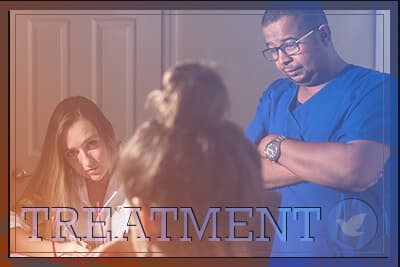 It is unlikely that any human will become addicted to carfentanil, but people who struggle with addiction to opioid drugs, especially heroin, are at great risk of encountering this drug. There are many reasons it is important for a person struggling with opioid addiction to seek help, including the risk of overdose, and now it is more important than ever.

There are many rehabilitation programs that can help a person safely detox from opioid drugs, often using medication-assisted therapies like buprenorphine and careful medical supervision. These programs should be followed by individual and group therapy, so the person not only ends their physical dependence on the drug, but also gets help to overcome psychological effects of addiction. Clients will learn coping mechanisms for triggers or stress that may have previously led them to abuse heroin or other opioids.

It is very possible to overcome an opioid addiction, with the right rehabilitation program and the support of family and friends. Call us today at to learn more about addiction treatment near Miami, Florida at Recovery First.

Prefer getting help via text?
We're available 24/7 via text message. Signup below for access to our team when its convenient for you!
and many more...
✕
Instantly Check Your Insurance Coverage
Your information is safe & secure
At Recovery First, we accept most types of private (non-government) insurance and offer a variety of payment options.
You can quickly and privately check your insurance benefits to see if you're covered for addiction treatment services. We’ll be able to tell you if your provider is in network with Recovery First Treatment Center and all American Addiction Centers locations.
This means your treatment may be FREE1 depending on your policy, copay, and deductible.
Next Steps & ResourcesBrowse helpful articles and find treatment options.