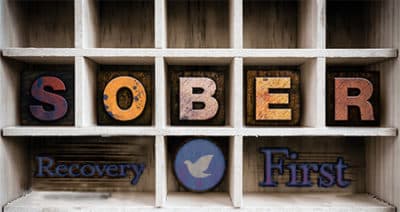 homes are stable living environments that promote recovery and continued sobriety. These homes are typically based on the principles of the Alcoholics Anonymous 12-Step program, but as sober living homes have become more popular, many are based on other philosophies as well.

The concept of the sober living home came out of California, although the idea has spread to many other states. The environment is designed to gather a group of people who are all working on recovery from a substance abuse problem, who can support each other through the transition from treatment back into full independence. Sober living homes are not the same as inpatient rehabilitation, although many offer group therapy and drug testing as ways to ensure the safety and success of residents.

While the number of residents in sober living homes will vary, the point of the living situation is for the residents to support each other as they strive toward greater, sober independence. Residents must pay rent for their room or bed, and must also participate in household chores and house meetings between the residents. As long as residents comply with the basic rules of the home, they can stay as long as they want; however, they are encouraged to work toward full independence.

Who Benefits from a Sober Living Home?

Sober living homes work for many people in different situations. Although the residents primarily come from rehabilitation programs and use the homes as a bridge between rehabilitation and full independence, there are a variety of reasons people may want to live in a sober living home. Some of these reasons include:

How Long Can a Person Stay at a Sober Living Home?

A study that examined the success of two sober living facilities, Options Recovery Service (ORS) in Berkley, CA, and Clean and Sober Transitional Living (CSTL) in Sacramento, CA, found that retention of residents was very high. Residents at ORS typically remained for up to 254 days, while CSTL residents stayed for around 166 days.

The National Institute on Drug Abuse recommends that people undergoing drug addiction treatment remain in a recovery program, whether inpatient or outpatient, for over 90 days to receive the best benefits. Sober living homes can be a stepping stone in the course of that treatment, and they can reinforce positive behavioral and lifestyle changes that were made during rehabilitation. These homes allow residents the freedom to stay on a long-term basis, with a more flexible schedule that allows for employment. In return, residents have been shown to be more responsible with their recovery, and maintain sobriety for longer after leaving the sober living home.

The study of the Berkley and Sacramento County sober living homes showed that former residents of both ORS and CSTL typically transitioned successfully into full, sober independence. While some former residents did relapse at the 18-month follow-up point, many continued to maintain their sobriety. Residents also experienced improvements in finding and keeping jobs, lower rates of incarceration, and reduced severity of psychiatric symptoms.

WebMD notes that people who successfully maintain sobriety from drugs or alcohol tend to have: 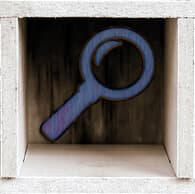 While sober living homes do not have to offer drug testing or group therapy, those that do typically have state licenses that regulate those medical activities. In general, a sober living home is simply a place that does not allow drug or alcohol use, so residents can support each other while they recover from their addiction or substance abuse. However, homes that more closely monitor the safety and wellbeing of their residents through therapy and drug testing usually have better success rates. In addition, state licensure or group accreditation ensures that the sober living home complies with safety standards and a code of ethics. There are reports of some sober living homes taking advantage of people in recovery to make money, but the homes in these reports did not have licenses or accreditation.

Residing in a sober living home for a period after treatment, but before returning to complete independence, has been shown to help recovering people maintain a positive trajectory to long-term sobriety and health. When these facilities are licensed by the state and/or accredited through an institution, they can be safe, welcoming, and helpful programs.