What is Binge Drinking and Why is it Dangerous?

The CDC describes binge drinking as one of the most costly, common, and deadly forms of alcohol abuse in the nation.1 In 2015, 1 in 6 adults in the U.S. binge drank. This led to 17 billion drinks consumed during binge drinking episodes.2

Although many people who consume alcohol through binge drinking are not dependent on the substance,1 binge drinking is dangerous and can result in immediately risky and health-threatening issues such as physical harm, alcohol poisoning, coma, and even death.3

For others, binge drinking on a regular basis places them at risk for developing alcoholism, or an alcohol use disorder.1

Read on to learn more about:

What Is Binge Drinking? 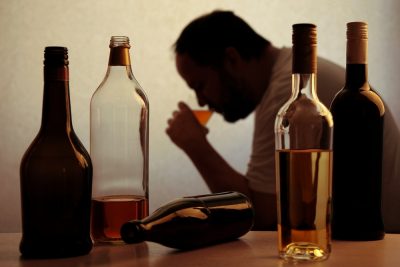 The term binge drinking describes a pattern of excessive alcohol consumption in a single sitting or “event,” typically over the course of a few hours, to the point that significant intoxication results.

The National Institute on Alcohol Abuse and Alcoholism defines binge drinking as consuming alcohol in a way that raises a person’s blood alcohol concentration (BAC) to or above 0.08%. In almost all states, 0.08% BAC is the legal limit of driving after consuming alcohol.4

To understand binge drinking, it is important to understand what constitutes a serving of alcohol:5

Though individual metabolic differences and other variables will influence the precise rates, one standard drink is estimated to increase BAC by roughly 0.025%, while the body may only clear roughly 0.015% per hour. From these numbers, it becomes apparent that having more than one drink per hour could rather quickly result in a rise in BAC to levels of legal intoxication (0.08%).6

Be aware that alcohol content can vary between different types of alcohol, so it’s a good idea to check the label of your drink before consuming.

The consequences of drinking too much range from making a person sick the next day with a hangover to increasing the risk of serious injury, hospitalization, and even death; still, most adults in the United States engage in this potentially problematic behavior at some point:

Unlike the heavy patterns of drinking more commonly seen in those with an alcohol use disorder (AUD), people who struggle with binge drinking may not consume alcohol every day. They may spend several days away from alcohol, but when they do drink, they typically consume too much, too quickly. Though these individuals may not always meet the criteria for diagnosis with an alcohol use disorder, the practice is still dangerous, and may be associated with several acute and chronic problems.1

How Harmful Is Binge Drinking?

From a fiscal perspective, excessive alcohol consumption costs the U.S. a lot of money in terms of lost worker productivity, healthcare expenditures, criminal justice costs, and other expenses. Problem drinking in general cost the U.S. $249 billion in 2010, of which 77% ($191 billion) was related specifically to binge drinking.1

Is Binge Drinking a Sign of a Larger Problem?

The short answer to whether binge drinking leads to or is a symptom of alcohol addiction is that it can be but isn’t always.

While not all binge drinking is a sign of a more serious problem with alcohol—some people may exhibit isolated instances of binge drinking in certain social settings, for example—regularly drinking too much increases the risk of one day developing compulsive drinking behaviors common to alcohol use disorder, or addiction.

Signs that occasional binge drinking is becoming a bigger problem include:8

A person who engages in occasional episodes of binge drinking may not always have issues with compulsive alcohol use. But it’s also possible that binge drinking is an indicator of a larger drinking problem that they don’t recognize.

They may be in denial because they do not drink every day, although they are not in control of their drinking when they do consume alcohol. They may not understand the risks when they begin to drink too much, more often. For people who struggle with this kind of problem drinking, their loved ones may express concern.

Getting appropriate, evidence-based treatment for problem drinking starts with a visit to an addiction specialist, either a physician or a therapist. A medical diagnosis of alcohol use disorder will guide further treatment,9 including appropriate medical detox procedures, rehabilitation and therapy and support group options. Fortunately, a prevalent as drinking problems are, several avenues of treatment are available to help those struggling.

If you or a loved one is experiencing the negative consequences of binge drinking or other problematic patterns of alcohol consumption, help is available. Call to talk to one of our compassionate and knowledgeable Admissions Navigators about your treatment options, including our alcohol addiction treatment program.

alcohol
Prefer getting help via text?
We're available 24/7 via text message. Signup below for access to our team when its convenient for you!
and many more...
Your Next StepsFind help & resources for your drinking or learn more about Recovery First.