The historical roots of psychotherapy extend back many hundreds of years. The majority of sources documenting the history of psychotherapy acknowledge the Viennese neurologist Sigmund Freud as the founding father of all modern psychotherapy, even though other forms of talking cures were used prior to Freud. Freud was one of the first people to use these types of talking interventions to deal with formal mental health disorders, and his initial theories and approach were not met with much enthusiasm by the medical community. In addition, as Freud was beginning his approach to treating mental health disorders, the primary focus in the area of psychology was in experimental psychology, primarily the use of introspection and, in some cases, studies with animals to understand and document psychological experiences. 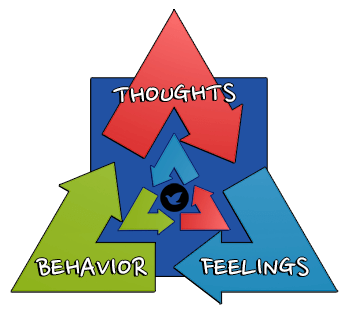 Freud believed that the majority of his patients had suffered early experiences that were buried deep within their unconscious minds. These experiences continue to influence their behavior, and Freud’s approach was to address anxiety, depression, and other behaviors by slowly working with the patient to learn the source of their issues. Freud concentrated on issues regarding early attractions to parents or significant others, and these “sexual” explanations for psychopathology were not readily accepted by everyone in the field. Other forms of psychotherapy were developed from principles used in experimental psychology.

Behavioral psychology grew out of experimental work with animals and focused on environmental events that shaped behavior. Behavioral psychology traditionally did not develop theories of how animals or people think about things, viewed things, or how emotions relate to behavior, but instead concentrated on only observable factors that appear to increase the probability that an organism would behave in a specific way. Behavioral psychologists attempted to understand how the events in the environment that occurred before and after behavior were related to directing that behavior. Because behavioral psychology concentrated only on observable factors, it developed numerous techniques to modify behavior that could be applied in the therapeutic situation. However, psychotherapists who use only behavioral techniques are rare, as most clinicians and researchers realize that the subjective internal or mental experience of the subject also affects their actions.

The cognitive school of psychology was developed in a response to the rather mechanistic approach of the behavioral school. The early founders of what eventually became cognitive psychology argued that understanding cognition (thoughts, beliefs, and even emotions) was essential to understanding behavior. Cognitive therapy was a clinical application of the basic principles of cognitive psychology and focused on how individuals perceive the world as the basic driving force of their issues. Helping individuals modify their attitudes and perceptions could help them relieve any distress they were experiencing according to this view. However, using purely cognitive approaches to therapy was also not sufficient for understanding the entire picture in helping individuals with their issues. 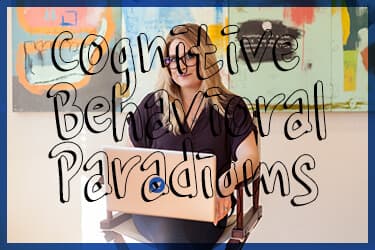 Cognitive Behavioral Therapy (CBT) is based on the basic principles of behavioral psychology and cognitive psychology. Its general approach is to identify patterns of thoughts or beliefs that are irrational or dysfunctional and to help the individual develop more rational and functional cognitions. Once the individual has developed a more functional approach to thinking about the world, they can work on changing their behaviors in accordance with their new understanding.

CBT Is Not Just One Type of Therapy

Cognitive Behavioral Therapy is not a specific type of therapy; it represents an approach to using psychological principles in the therapeutic situation. CBT is actually an umbrella term that describes numerous different types of psychotherapy that follow this approach (identifying irrational beliefs, helping individuals change these beliefs, and helping individuals to modify their behavior). Several of the more recognizable forms of CBT include:

Different but the Same

All the different types of CBT have different approaches and techniques they rely on; however, they are all based on the same core principles. The central principles of any form of CBT include the notion that dysfunctional behaviors and issues with psychopathology result from dysfunctional and irrational beliefs or patterns of thinking, and that identifying, challenging, and altering these dysfunctional cognitions is associated with positive outcomes in therapy. The actual types of beliefs or irrational thoughts that individuals entertain can be quite varied; however, there are three general categories of irrational beliefs that occur in most people:

One of the basic assumptions of CBT that is often overlooked is the notion that most people have belief systems that are covert and not often formally stated in a conscious manner. A good portion of modern cognitive psychology is directed at understanding schemas and script, which are very routinized belief systems that people do not consciously state to themselves; instead, these implicit belief structures drive their behavior. CBT therapists have the daunting task of working with their clients to uncover these implicit belief systems that drive the behavior. As a result, CBT often investigates how individuals acquire these belief systems by attempting to understand their past experiences and how these belief systems were developed. This requires CBT therapists to be formally trained in understanding psychological principles, the core techniques used in psychological assessment, and understanding psychometric testing methods (e.g., using formal psychological tests, surveys, etc.). This requires advanced training in the principles of psychology, psychological assessment, and even in psychometrics. Thus, only licensed and trained mental health professionals are qualified to administer any form of CBT.

Even though there are numerous different forms of CBT, and each of these forms offers slightly different approaches and interventions, all forms of CBT follow the basic general outline when it comes to treating an individual. This outline consists of: 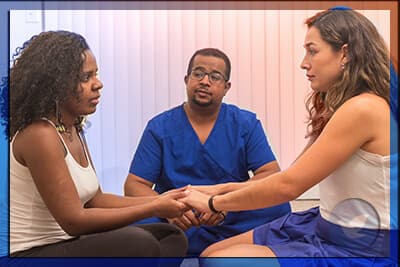 Numerous sources, such as the textbook Psychotherapy Research: Foundations, Process, andOutcome, report that CBT therapies are the most researched of all forms of psychotherapy and that in general CBT has empirical evidence to demonstrate its utility in treating numerous different issues and mental health disorders. For instance, even sources such as Kaplan and Sadock’s Synopsis of Psychiatry, a text designed for reference by psychiatrists who are trained in the medical management of psychiatric/psychological disorders, reports that CBT techniques are the preferred method of intervention for several different disorders, including panic disorder, obsessive-compulsive disorder, substance use disorders, borderline personality disorder, etc.

Even though CBT has demonstrated its effectiveness over numerous situations and disorders, it does have limitations to its use. For instance, CBT techniques may help individuals with bipolar disorder or schizophrenia adjust to certain living conditions; however, there is very little evidence that it can help to directly treat the symptoms of these disorders. Individuals with severe cognitive limitations may not be able to participate in the cognitive therapy aspect of CBT and may be more suited to strict behavioral therapy interventions. In some cases, CBT techniques may be enhanced with the use of medications, such as the treatment of severe depression, OCD, psychotic behaviors, etc.

CBT is an action-oriented therapy, meaning that in order for the therapy to actually produce positive outcomes, the client in therapy must assume responsibility for doing the work. This is in contrast to insight-oriented therapies that assume that simply knowing what causes one to behave in a certain way will result in significant change (e.g., Sigmund Freud’s psychoanalysis is an insight-oriented therapy). Because CBT therapies require individuals to actually assume responsibility for doing the work, certain individuals may not be appropriate for CBT or may not fully benefit from it.

therapy
Help is a Phone Call Away
Please don't suffer with substance abuse thinking no one cares. We care and want to help you get back to the life you deserve.
Are you covered for addiction treatment? Find your insurance.
and many more...
✕
Instantly Check Your Insurance Coverage
Your information is safe & secure
At Recovery First, we accept most types of private (non-government) insurance and offer a variety of payment options.
You can quickly and privately check your insurance benefits to see if you're covered for addiction treatment services. We’ll be able to tell you if your provider is in network with Recovery First Treatment Center and all American Addiction Centers locations.
This means your treatment may be FREE1 depending on your policy, copay, and deductible.
Get the Info & Help You NeedWe're open across the US. Learn about your options.