Why Are Veterans at a Higher Risk of Suicide?

Both of these conditions contribute to an increased risk of suicide among U.S. military veterans.

Over 22% of the annual suicides in the United States are veterans of the U.S. Armed Forces. 90% of those who die due to suicide—civilians and veterans alike—also have a diagnosable mental health disorder at the time of their death.2

Suicide Among Veterans of the U.S. Armed Forces 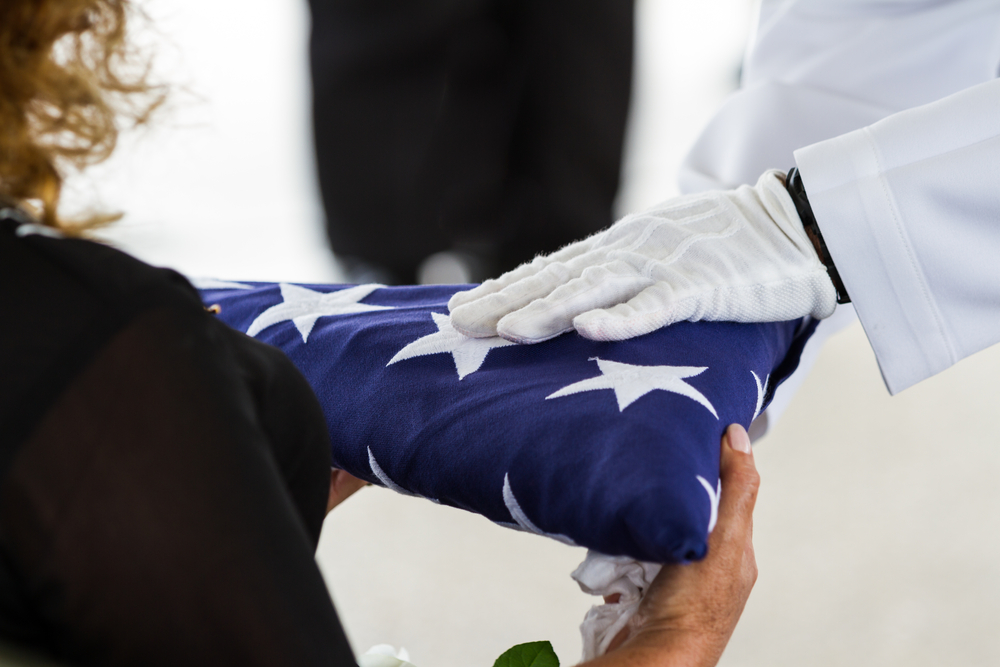 According to a recent report from the U.S. Department of Veterans Affairs (VA), an average of 20 veterans died every day in 2014 due to suicide. The report also shares that:

Rates of suicide among all veterans who use VA services have remained relatively stable, although rates have gone slightly up among women and slightly down among men. Females in general are less likely than males to use firearms in suicide but that female vets are more likely than female civilians to have access to and use firearms.3

Although many veterans seek and receive help, some still struggle with suicidal thoughts, suicide attempts, or death from suicide. The VA noted that 70% of veterans who lost their lives due to suicide had not been connected to healthcare through the VA.4

Access to evidence-based help from physicians, therapists, and addiction specialists can reduce the risk of suicide by treating underlying issues.

The reasons behind suicidal thoughts or attempts are complex, but among veterans, the most commonly cited factors leading to an increased suicide risk include:

Know the signs of a potential suicide attempt in veterans. These may include:7

Substance Abuse & the Risk of Suicide Among Veterans

In both military service members and the civilian population, mental health disorders like substance abuse disorders increase the risk of suicidal thoughts, suicide attempts, and death by suicide. Several studies have found that:8

Veterans with problems abusing drugs or alcohol are twice as likely to die from suicide compared to civilians.9

The highest rates of suicide among veterans occur among people who abuse specific drugs like prescription sedatives, opioids, and alcohol. Many have specific mental disorders, such as depression, PTSD, bipolar disorder, or schizophrenia.10

A study on veterans and risks for suicide found that:11

One out of every 3 veterans seeking treatment for substance abuse has PTSD. Among returning veterans from Iraq and Afghanistan, one in 10 going to the VA for treatment will have a problem abusing drugs or alcohol.

The VA reports that the percentage of veterans receiving care through the VA healthcare system for mental health and substance use disorders has increased.12

This may be due to changes in demographics, an increased number of veterans seeking care, changes in how these conditions are diagnosed and treated, or other causes.

Rates of suicide among veterans who receive care through the VA who have a mental health condition or substance use disorder have declined since 2001.13 This suggests that treatment works. 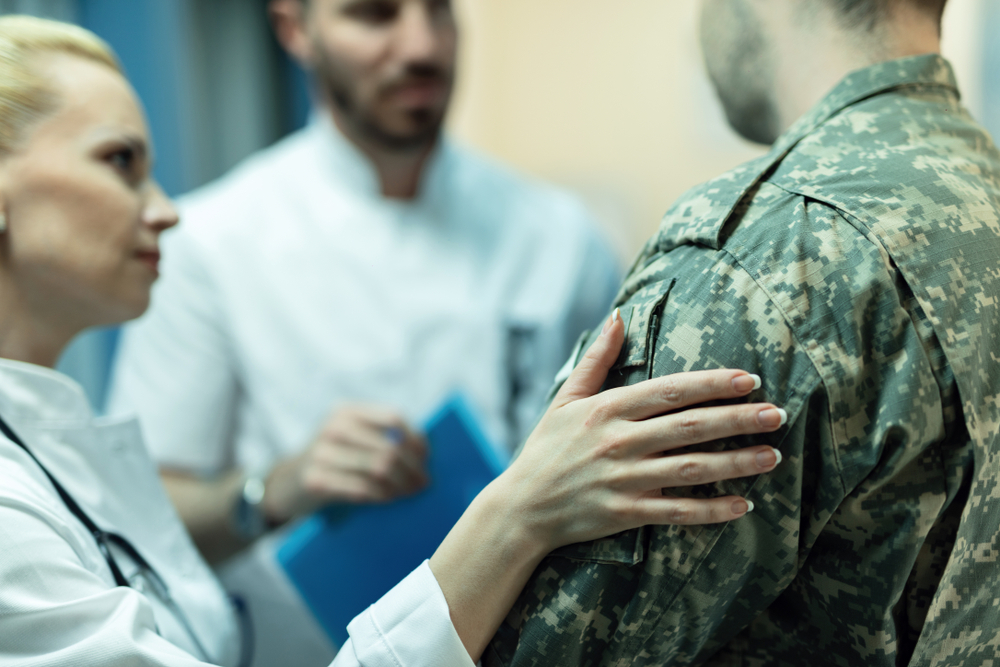 SAMHSA reports that at least half of the returning service members who need treatment for mental health struggles like PTSD look for help, but few receive adequate care.14

The VA healthcare system offers several evidence-based approaches to supporting veterans who struggle with suicidal ideation and reducing their risks of attempting suicide.

Because so many veterans live in rural areas and struggle to access care through VA facilities, the VA is expanding telemental health services, which can include counseling services over the phone and online.

There are also several community-based counseling centers called Vet Centers, which provide many social and psychological services, including help readjusting to civilian life.

Counseling based in cognitive behavioral therapy, medication for psychiatric conditions as needed, and mutual support groups are the foundation of treating depression, PTSD, substance abuse, and suicidal ideation.

The VA supplies these services to veterans regardless of health insurance status. For veterans who may not be within easy reach of a VA hospital, many private facilities offer specialized treatment to veterans.

In these instances, facilities like Recovery First can provide treatment for veterans with co-occurring disorders like substance use disorder and other mental health disorders like PTSD and depression. Its Salute to Recovery program is specifically formatted for veterans, with veteran staff and group therapy options that only contain former service members.

We have a few more resources for veterans online, including articles about:

Laura Close is a Senior Web Content Editor at American Addiction Centers and an addiction content expert at Recovery First Treatment Center. She has a bachelor’s degree in English and has nearly a decade in professional editing experience that...Read More

treatmentveteran
Prefer getting help via text?
We're available 24/7 via text message. Signup below for access to our team when its convenient for you!
and many more...
✕
Instantly Check Your Insurance Coverage
Your information is safe & secure
At Recovery First, we accept most types of private (non-government) insurance and offer a variety of payment options.
You can quickly and privately check your insurance benefits to see if you're covered for addiction treatment services. We’ll be able to tell you if your provider is in network with Recovery First Treatment Center and all American Addiction Centers locations.
This means your treatment may be FREE1 depending on your policy, copay, and deductible.
Get the Info & Help You NeedLearn about the options available at our South Florida addiction treatment center.