Prescription drugs are any form of pharmaceutical medication that can only be dispensed by a licensed pharmacist with a prescription from a medical doctor. They are intended to chemically treat illnesses, disorders, and various other maladies, usually with a variety of different effects. 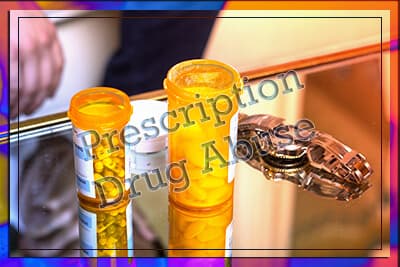 With the Centers for Disease Control and Prevention declaring prescription drug abuse an “epidemic” in the US, access to comprehensive treatment services is needed all across the country.

Prescription drug abuse is described as the use of any of these drugs without a prescription, in any way that is not how the medication was prescribed, or use of these drugs in a recreational fashion. According to WebMD, the most commonly abused drugs are also the most frequently prescribed: painkillers (opioids), stimulants, and depressants.

Because these drugs affect the same neural receptors as illicit drugs – for example, Ritalin works on the same neurotransmitter as cocaine – prescription drug abuse and addiction are on the rise, largely aided by increased availability and the misguided belief that prescription drugs are less harmful than illicit ones. The effects can be detrimental, from chemical dependency, altered moods and personality, and stress to long-term health damage or death by overdose.

With the abundance of prescriptions for Ritalin and Adderall increasing, it should come as no surprise that teenagers and young adults, particularly high school seniors, are among the most at risk for prescription drug abuse. NIDA reports that in 2014, 12 percent of 18-25 year-olds used prescription drugs for nonmedical purposes, followed by 6 percent of 12-17 year olds, and then 5 percent of adults over 26.

Stimulant drugs are abused to simulate the effects of cocaine, often producing a high by increasing the brain’s production of dopamine, which, over time, can alter the brain to create a chemical dependency or addiction. These stimulants, such as Ritalin and Adderall, primarily affect the heart and cardiovascular system. Abusers risk feelings of paranoia, hostility, seizures, increased or irregular heart rate, or even total heart failure.

Opioids, or painkillers, such as Vicodin and codeine, produce a high that is similar to that induced by heroin. These drugs can also depress breathing, which makes them especially dangerous, particularly when taken with alcohol or other drugs. Depressed breathing or respiration restricts the amount of oxygen traveling to the brain (a condition known as hypoxia), which can result in coma and permanent brain damage. Even without hypoxia, studies have shown that opioid abuse can reduce the amount of white matter in the brain, negatively affecting mood, stress levels, and decision-making abilities.

Sedatives or depressants, such as Valium and Ativan, are used to treat restlessness, sleeplessness, or anxiety. Long-term use can create a tolerance, which in turn requires higher dosages for the drugs to be effective. Over time, sedatives can cause loss of appetite, constant physical and mental fatigue, damage to the kidneys and digestive tract, slurred speech, and permanent brain damage.

While marijuana is often lauded as a gateway drug, studies have shown that prescription drugs are a greater factor in addiction to illicit drugs, such as heroin and cocaine.

Studies have shown that abusers of such substances often considered opioids their “initiation” into the drug abuse lifestyle.

Nearly half of young people who inject heroin did so because it was cheaper and easier to attain than the prescription drugs that initiated the addiction.

Abuse of prescription drugs often starts from the production of dopamine in the “reward” center of the brain, creating a high that is more pronounced if the drug is taken by a person who does not have any of the symptoms that the drug is supposed to treat. Over time, the brain’s structure changes to require the drug as a precursor for dopamine production, which, in turn, creates an addiction; the abuser now has a chemical need for the drug. This is particularly true with sedatives, to which a tolerance can be built that creates a need for a higher dosage.

Signs of drug addiction vary depending on the drug type. Signs for each category of drug are outlined below.

The Substance Abuse and Mental Health Services Administration provides information on a variety of treatment options available that can assist withdrawal and make the process more effective than simply going “cold turkey.” Abruptly stopping drug abuse can result in a litany of unpleasant and often dangerous side effects, including, but not limited to:

Drug rehabilitation programs that offer comprehensive, evidence-based treatment can effectively reduce the feelings of isolation that drug addiction often brings by introducing recovering individuals to others who understand. In addition, these programs offer customized treatment to address all issues facing the individual, including co-occurring medical or mental health issues.

From a medical perspective, there are treatment options available to effectively treat prescription drug addiction and mitigate harmful side effects associated with withdrawal and recovery. For opioid addiction, drug withdrawal is often riddled with uncomfortable withdrawal symptoms and intense cravings for opioids. Use of methadone or buprenorphine, replacement medications, can be extremely effective in helping individuals to make it through the detox phase and progress to comprehensive addiction treatment. Methadone is an opioid that operates without producing the effects of euphoria, and it can be tapered off without producing withdrawal symptoms. With proper dosages and a tapered approach, methadone can ease cravings and eventually free the person from physical dependence on opioids with little to no side effects. As an opiate, however, methadone is also subject to abuse, and some critics say those in recovery are only trading one addiction for another. In addition, those on methadone often have to visit methadone clinics on a daily basis to get their dosages due to strict oversight of the drug.

Buprenorphine is an alternative to methadone that patients can take at home with a doctor’s prescription. This medication is a semi-synthetic opioid derivative. Though it is believe to have less potential for abuse, some people are still able to abuse the medication. As a result, naloxone has been added to buprenorphine in the combination medication Suboxone. Naloxone blocks the effects of opiate drugs, so if a person attempts to abuse Suboxone, the naloxone will prevent the user from feeling the effects of the buprenorphine. Since the user won’t experience a high, naloxone serves as a deterrent to abuse.

The use of medications during detox and recovery should always be determined on a case-by-case basis. Medication is never sufficient addiction treatment; therapy is always needed. Long-term therapy paired with pharmacological treatment, if needed, is often viewed as the most effective approach to addiction treatment.

There are no FDA-approved medications to treat stimulant addiction. The addiction is treated like an addiction to cocaine or meth. Medical detox is often recommended to provide support and medical supervision during the withdrawal process. Detox is then followed by behavioral therapy, in individual and group settings, and peer support groups.

Sedatives do not produce as much euphoria as opioids; however, addiction can quickly form. Benzodiazepine withdrawal can produce dangerous and even life-threatening withdrawal symptoms so medical detox is always needed. Generally, a tapered approach is used in benzo detox; a medical professional will slowly lower the dose of the drug over time until the person is wholly weaned from the medication. Suddenly stopping use of sedatives can result in seizures and convulsions, so individuals should never attempt to detox on their own. As with other addictions, comprehensive therapy is needed following detox.

With prescription drug distribution, abuse, and addiction on the rise in recent years, treatment is needed. Across the US, there are thousands of drug abuse treatment programs that are readily available to mitigate the nation’s collective dependency on prescription drugs. Prescription drugs are often misperceived as safer than street drugs, when in reality, they are often just as harmful and just as addictive as street drugs like meth, cocaine, and heroin. With comprehensive addiction treatment that starts with medical detox and proceeds to customized therapy and aftercare, individuals can stop abusing prescription drugs for good and embrace a healthy, more balanced life in recovery.

prescription
Prefer getting help via text?
We're available 24/7 via text message. Signup below for access to our team when its convenient for you!
and many more...
Next Steps & ResourcesFind help & resources or learn more about Recovery First.