Is Hydrodocone the Same as Vicodin? 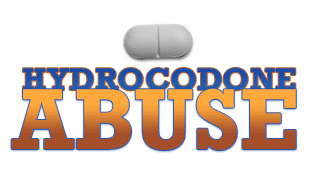 Hydrocodone is an opioid pain reliever. The base of this drug is synthesized from morphine, which comes from the opium poppy flower. In high doses, it can be lethal. The Drug Enforcement Administrationaccounted for 36 deaths related to overdose of hydrocodone.

Abuse of this drug isn’t a new problem. Hydrocodone has been around for many years, and it is widely prescribed by physicians. Although it remains a Schedule II drug, it is commonly sold by street dealers.

Hydrocodone is one ingredient in Vicodin. The drug also contains acetaminophen, typically 300 mg of it. The acetaminophen heightens the risks of this drug, and the Food and Drug Administration requires that no dose contain more than 325 mg. There were 131.2 million prescriptions written for hydrocodone combined with acetaminophen in 2010, according to WebMD.

There doesn’t seem to be a distinct difference between who abuses hydrocodone alone and who abuses it in the form of Vicodin. The Centers for Disease Control and Prevention notes that more than six out of every 10 drug overdose cases involve opioid drugs.

The risks involved with abusing either of these drugs include:

Since Vicodin contains acetaminophen, other risks apply when abusing it in addition to those listed above. The biggest problem commonly seen among people who abuse drugs like Vicodin that contain acetaminophen is liver damage. Acetaminophen is filtered through the liver, and it is quite toxic to it. Over time, the buildup of toxins can become too much for the organ to bear.

In addition, even typical use of acetaminophen depletes glutathione levels in a healthy body, per Huffington Post. In large quantities, this depletion serves as the breeding ground for serious injury to the body when glutathione — an important enzyme that protects against injury — is absent.

Despite the fact that it is a widely recommended over-the-counter pain reliever that roughly 23 percent of Americans use on a weekly basis, according to the Consumer Healthcare products Association, acetaminophen can cause brain damage, and it has been linked to disorders like autism. In high doses, acetaminophen can also lead to death.

Mental illness is an important topic of conversation when it comes to drugs like Vicodin and hydrocodone, because many people who abuse opioids also have a mental health disorder. Certain mental illnesses can be worsened by the effects of these depressant drugs. For instance, people with bipolar disorder may experience more erratic mood swings. In addition, treatment medications for bipolar disorder, like lithium, often counteract with opioid painkillers.

Bipolar disorder is commonly found alongside substance abuse. Everyday Health reports as many as half the people who live with this disorder also abuse drugs and/or alcohol. Depression is often a reason that many people reach for Vicodin or hydrocodone in the first place, hoping that it will blunt the feelings of sadness and despair they experience. However, these drugs perpetuate the cycle of despair and can permanently worsen depressive disorders by killing off opioid and dopamine receptors in the brain that are responsible for helping to interpret positive feelings of happiness and joy.

One of the primary problems with abusing Vicodin when mental illness is present is the acetaminophen it contains. In fact, Vicodin may actually have more addictive potential than hydrocodone alone does. This is because acetaminophen has been shown to ease emotional and mental upset just like it eases physical pain. Psychology Today published a review of several studies that supported the link between emotional and physical pain in the nervous system and noted the efficacy of acetaminophen in treating emotional pain levels. Research like this proves that drugs can actually mitigate feelings of sadness, which is a common reason people abuse them in the first place.

opiateprescriptionvicodin
Prefer getting help via text?
We're available 24/7 via text message. Signup below for access to our team when its convenient for you!
and many more...
✕
Instantly Check Your Insurance Coverage
Your information is safe & secure
At Recovery First, we accept most types of private (non-government) insurance and offer a variety of payment options.
You can quickly and privately check your insurance benefits to see if you're covered for addiction treatment services. We’ll be able to tell you if your provider is in network with Recovery First Treatment Center and all American Addiction Centers locations.
This means your treatment may be FREE1 depending on your policy, copay, and deductible.
Next Steps & ResourcesBrowse helpful articles and find treatment options.