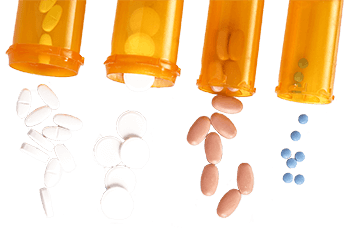 When a person has an addiction to a substance and decides to overcome this addiction, the person must first detox from the addictive substance. The best outcomes for detox involve medical oversight, called medical detox, which allows therapists and doctors to oversee the individual’s withdrawal process, and ease or prevent withdrawal symptoms using certain prescription medications.

Sometimes, medical detox involves a tapering process, where a dose of a medication is slowly lowered over time to wean the person off the drug. Oftentimes, as in cases of opiate addiction, individuals are switched to another drug that replaces the opiate and then weaned off that replacement drug. In other instances, medications control withdrawal symptoms and psychological side effects that often occur during the detox process. Other medications help to prevent relapse.

Here are some of the most common medications used for medical detox:

For people struggling with an addiction, medical detox is the best first step to overcoming that addiction. It is important, after completing medical detox, to continue the rehabilitation process with either inpatient or outpatient rehabilitation. Ongoing therapy is essential to finding a firm footing in recovery.

detoxtreatment
Help is a Phone Call Away
Please don't suffer with substance abuse thinking no one cares. We care and want to help you get back to the life you deserve.
Get the Info & Help You NeedWe're open across the US. Learn about your options.