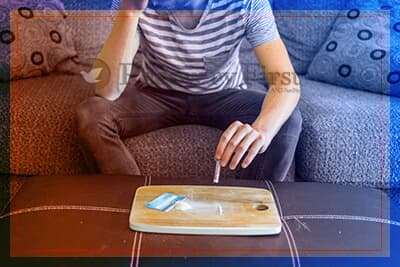 Vicodin is a narcotic pain reliever, available by prescription only. The drug is a combination of hydrocodone – an opioid – and acetaminophen. This drug is typically prescribed to treat moderate levels of pain. Unfortunately, many who use it will end up addicted. 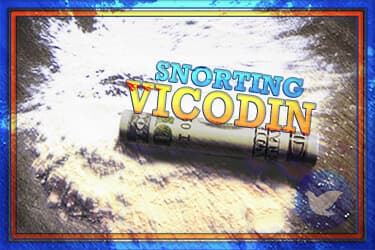 Vicodin is intended to be taken orally, per a doctor’s prescription. This means the medication passes through the digestive system, and the opioid aspects of the drug are released into the system slowly over time. People who abuse Vicodin may attempt to bypass this time-release aspect and experience a more intense and faster “high” by crushing the pills and snorting the resulting powder.

Snorting a prescription drug is a surefire sign of drug abuse, and it is often a precursor to an addiction forming. While some users also abuse Vicodin by injecting the crushed substance after mixing it with water, many users find snorting to be easier since it only involves crushing pills to prepare for abuse. In addition, there is less risk of contracting diseases, like hepatitis C and HIV, with snorting like there is with injection drug use.

There are, however, serious risks involved with snorting any drug, and opioids may be some of the most dangerous drugs to snort. Someone who snorts these drugs has no control over the bioavailability of the drug and how much of it their body absorbs, nor how long it stays in their system, because they aren’t using it as directed. This significantly increases the risk for the potential of overdose, because as the high wears off, many people will snort more when the last dose hasn’t been fully eliminated from the body.

Snorting drugs of any kind also puts significant stress on the nasal passages. People who regularly snort drugs often experience damage to the thin mucus membranes of the nose as well as the nasal passages. This can include a perforated septum in addition to other issues.

The abuse of opiates like Vicodin is also known to increase the risk of coma, respiratory distress, seizures, depression, anxiety, and other issues. The most prominent risks involved with abusing any form of acetaminophen are those posed to the liver. Over time or in large doses, acetaminophen is toxic. The journal Pharmacoepidemiology and Drug Safety notes there are around 56,000 cases of acetaminophen overdose each year — 26,000 of which result in hospitalization — and 458 deaths attributed to such.

How to Spot Addiction

There are a few telltale signs that loved ones can look for when they suspect their friend or family member may be snorting Vicodin. They include:

When these signs are present, there is reason to worry and suspect that something is amiss. If you think a loved one is snorting Vicodin, or abusing it in any form, reach out for help today. With comprehensive addiction treatment, people can leave Vicodin abuse in their past for good.

ingestionprescriptionsnorting
Prefer getting help via text?
We're available 24/7 via text message. Signup below for access to our team when its convenient for you!
and many more...
✕
Instantly Check Your Insurance Coverage
Your information is safe & secure
At Recovery First, we accept most types of private (non-government) insurance and offer a variety of payment options.
You can quickly and privately check your insurance benefits to see if you're covered for addiction treatment services. We’ll be able to tell you if your provider is in network with Recovery First Treatment Center and all American Addiction Centers locations.
This means your treatment may be FREE1 depending on your policy, copay, and deductible.
Next Steps & ResourcesBrowse helpful articles and find treatment options.