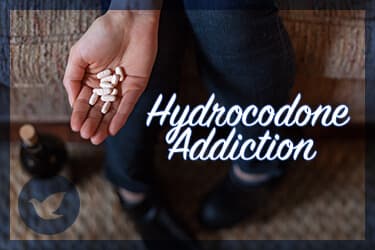 Pain management and the treatment of pain are huge drivers in the pharmaceutical business, and the opioid boom has been a double-edged sword for both consumers and the industry. On the one hand, more and more patients are finding relief in the powerful drugs they are prescribed; on the other hand, overprescription and potent drug formulations have created a market for physical and psychological dependence. A drug like hydrocodone, the generic form of Vicodin, is on the front lines of this debate.

How Does Hydrocodone Work?

Hydrocodone has this effect because it is derived from codeine, which is itself a chemical compound that is found in the poppy seeds of the opium plant. This explains the narcotic effects of hydrocodone (dulling the senses, relieving pain, and introducing deep sleep), as well as how and why hydrocodone can be so addictive for some, especially those who have such extreme levels of pain that they deliberately take more hydrocodone than they’ve been prescribed. This is also why people who do not have any physical distress enjoy abusing hydrocodone or other similar opioids; the state of euphoria and powerful relaxation is a source of pleasure in and of itself, and many people are compelled to seek it out.

But hydrocodone is so potent that long-term and excessive consumption changes the brain’s chemistry. Even though hydrocodone is derived from codeine, it is much stronger than codeine. According to the Journal of Medical Toxicology, hydrocodone is as likely to be abused as morphine, which is itself highly addictive.

As more and more hydrocodone is consumed, the body is forced to adapt to the constant stream of opioids, becoming unable to function without increasingly larger amounts of hydrocodone present. Standard, regular doses eventually prove insufficient in providing the euphoric boost or painkilling numbness, and the person instead feels physically and psychologically sick from not having enough hydrocodone. The only apparent respite is more and more hydrocodone, which may entail unethical and illegal ways of securing additional supplies (since hydrocodone is a controlled substance and can only be obtained through the possession of a doctor’s prescription). In 2014, the U.S. Drug Enforcement Administration upgraded the restrictions on hydrocodone, moving it from Schedule III to Schedule II; the significant risk of addiction that it poses warranted greater controls on how often and under what circumstances the drug can be prescribed. 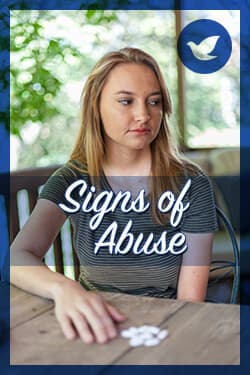 If hydrocodone is so dangerous and addictive, what are the signs of abuse? Even when taken according to a prescription, hydrocodone’s narcotic properties can induce heightened states of drowsiness, confusion, and nausea. In some cases, constipation may occur; opioids slow down how quickly stool can move through the bowels, partially paralyzing the stomach and reducing the urge to defecate.

If hydrocodone is taken to excess, a person can experience extreme sleepiness, which can look like difficulty staying awake; in an overdose, this can present as complete unconsciousness. This kind of enforced drowsiness can cause breathing problems in the form of opioid-induced respiratory depression, which the British Journal of Anesthesianotes has “potentially fatal consequences.” The World Health Organization notes that because opioids affect the regions of the brain that regulate breathing, high concentrations of opioids like hydrocodone could shut the body’s breathing systems down to the point of death.

Before an overdose is reached, the symptoms of hydrocodone abuse and addiction are easy to detect, even though different people will likely present with different variations of the symptoms based on individual habits. Mood swings and psychological distress (in the form of anxiety and depression) will commonly occur when a person who has a dependence on hydrocodone is not getting any of the drug, so the body and brain struggle in the absence of their chemical crutch. This leads to psychological dependence on hydrocodone – the belief that the only way to function and think clearly is by having more hydrocodone.

This connects to behavioral signs of a hydrocodone addiction, such as frequent requests for refills of a prescription, faking symptoms to get more hydrocodone, or even causing deliberate self-harm to get a prescription. As the addiction deepens, a person might lose interest in spending time with friends and family, or going to work or school, because the pull of the narcotic becomes too strong to resist. Borrowing or stealing money, hiding evidence of hydrocodone abuse, continuing to use hydrocodone even though the initial pain problem is no longer there, and poor overall well-being are all signs of a hydrocodone addiction in effect.

The physical signs of a hydrocodone addiction might be the most obvious ones. Users are in a constant state of lightheadedness, always feeling fatigued, no matter how much rest they get. As stated above, trying to stop taking hydrocodone results in withdrawal symptoms, such as chills, muscle and joint pain, diarrhea, and insomnia. This compels users to not only continue with their hydrocodone use, but to also unilaterally increase their intake to avoid the discomfort of withdrawal, further making consumption of the drug the status quo. Pupil constriction, known as miosis, is also a sign of opioid abuse that occurs due to how opioids affect the nervous system.

When a person is addicted to hydrocodone, treatment is not a case of simply stopping consumption. Addiction entails a complete physical and psychological dependence, and hydrocodone is so powerful that ripping it away from a person can cause any number of distressing withdrawal effects:

For this reason, treatment for hydrocodone addiction requires medical detox as the first step. Detox allows hydrocodone to safely process out of a person’s body but in a controlled, supervised manner in order to minimize withdrawal symptoms. Medical professionals can intervene when clients are in discomfort or danger.

The advantage of inpatient detox is that the withdrawal effects can be better minimized, and the client’s safety and comfort can be better ensured. Doctors and staff can monitor the client’s vital signs 24/7, and they are in a position to administer appropriate medications to keep the person stable. These medications reduce the severity of withdrawal symptoms, and they reduce the intensity of hydrocodone cravings, so there is less chance of the client relapsing during the more vulnerable stage of the detox process. Such medications may include methadone or buprenorphine.Both are opioids themselves, but they are of far lower potency and addictive potential than hydrocodone, allowing clients to be gradually weaned off their hydrocodone addiction.

Inpatient programs are useful for clients with chronic and severe hydrocodone addictions because they tend to offer a wide range of adjunctive therapies. These could include yoga therapy, music or dance classes, exercise facilities, outdoor activities, and acupuncture, all of which are intended to help clients develop new and healthier ways of coping with stress and pain that don’t involve the consumption of opioids like hydrocodone.

Outpatient treatment programs offer clients flexibility to attend to daily responsibilities, such as work, school, or family. These programs are best for those with short-term or moderate hydrocodone addictions. The intake and screening process at a treatment center upon admission will determine whether the person’s hydrocodone habit meets the criteria for outpatient treatment. Regardless of the freedom offered, clients will generally still be required to check in with a counselor every day, and they must attend therapy and meetings at the center, either every day or a few days per week, again depending on the severity of the hydrocodone addiction and the opinion of the medical staff members.

Outpatient programs offer a greater sense of convenience for the client as well as for family members, but many people benefit from the structure and discipline that are components of inpatient programs. Staying at a dedicated treatment facility for a few weeks or months removes the client from distractions and temptations, allowing the person to fully focus on recovery. 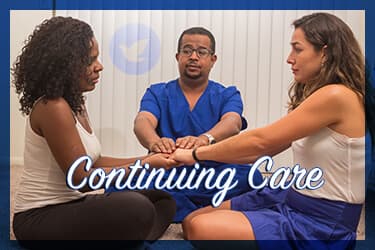 Whether a client is recommended for inpatient or outpatient therapy, care for a hydrocodone addiction continues long after the last counseling session in a structured treatment program. Being hooked on a drug as powerful as hydrocodone causes a lot of damage, and it takes work to stay sober. This work entails being in touch with an aftercare support group, like Narcotics Anonymous or a similar peer support program, which is usually made up of other people who have been through the experience of opioid addiction. Having likeminded people to talk to at any hour of the day or night, especially when temptation rears its head, can make the difference between staying sober or relapsing. A treatment center will always put clients in touch with aftercare support groups upon completion of formal therapy to ensure that the skills and lessons taught in rehab are not forgotten. Many treatment programs also offer alumni programs to keep former clients engaged in ongoing recovery and a supportive environment.

Hydrocodone addiction is not something that happens to only certain kinds of people. A 2012 fact sheet published by the Drug Enforcement Administration noted 29,931 reported cases of hydrocodone abuse, of which 36 were fatalities. There were 82,840 emergency room visits as a result of recreational hydrocodone abuse, and 24.4 million people said they used hydrocodone because they wanted to get high and enjoy the narcotic effects.

Hydrocodone is a powerful drug that can cause misery and suffering when abused, both for those suffering from addiction and their family members. Recovery is always possible, however. Many people have found happiness and health after comprehensive addiction treatment. It simply takes reaching out for that help.