Combining Halcion with Other Substances

Halcion is the brand name for the benzodiazepine triazolam. As a medication, Halcion is used as a sedative to treat serious insomnia for a short period of time. The Drug Enforcement Administration (DEA) lists triazolam as a Schedule IV substance, along with several other benzodiazepine medications, due to its potential for abuse or addiction and its useful medical purpose. Typically, insomnia treatment with any benzodiazepine should not last more than 7-10 days. If sleep disturbance continues after that, there may be an underlying condition that requires a different treatment.

This medication has a half-life of 1.5-5.5 hours. Halcion is a sedative, and it is not specifically designed to force the person taking it to fall asleep. Instead, Halcion relaxes the brain and body, so it is easier for the individual to fall asleep. Unfortunately, this mental and physical state can be addictive for some people.

Like other benzodiazepines, Halcion can cause serious side effects or become dangerous when combined with other substances. Intoxication from benzodiazepines may not be as noticeable to an outsider, as effects like slurred speech or coordination do not change as dramatically as with other intoxicating substances, like alcohol. In particular, other substances that depress the central nervous system, such as alcohol or opioid medications, can be very serious.

Side Effects and Overdose Symptoms When Mixing Halcion with Other Substances

When CNS depressants are mixed, such as Halcion and alcohol, they enhance each other’s effects. This can cause serious side effects and lead to overdose more easily. Just taking large doses of Halcion can lead to dangerous side effects, including:

Mixing Halcion and other substances can make these side effects worse, more intense, or even cause an overdose. Overdose symptoms include:

Like many prescription medications, Halcion interacts with a variety of other substances, especially other prescription drugs. People who take Halcion as directed are warned by their doctors to be careful mixing this substance with antidepressants, cold and flu medications, vitamins, and supplements. People who have become addicted to, or abuse, Halcion are at a greater risk of mixing this substance with other intoxicating substances, specifically to get high. Some of the most dangerous and commonly used substances that are taken with Halcion include:

Getting Help for Polydrug Abuse

Polydrug use can occur both to enhance the effects of intoxication from one or more substances, and to change the effects of drugs. For example, a person may take Halcion to go to sleep after abusing cocaine. Because a drug’s effects typically wear off before the substance has fully left the system, drug interactions are still likely to occur, which can lead to serious side effects, including overdose.

Mixing intoxicating substances is always dangerous, whether done accidentally or on purpose. People who struggle with abuse of addictive substances like Halcion, alcohol, opioids, cocaine, and more need to seek help as soon as possible from a professional drug rehabilitation program. 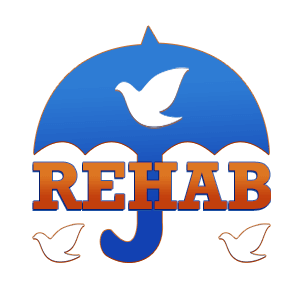 benzodiazepineshalcionprescription
Ready to get started?
We're available 24/7 to answer questions and help you make decisions about starting recovery from drug use.
Are you covered for addiction treatment? Find your insurance.
and many more...
✕
Instantly Check Your Insurance Coverage
Your information is safe & secure
At Recovery First, we accept most types of private (non-government) insurance and offer a variety of payment options.
You can quickly and privately check your insurance benefits to see if you're covered for addiction treatment services. We’ll be able to tell you if your provider is in network with Recovery First Treatment Center and all American Addiction Centers locations.
This means your treatment may be FREE1 depending on your policy, copay, and deductible.
Next Steps & ResourcesBrowse helpful articles and find treatment options.