An anxiolytic and sedative medication used primarily for the short-term relief of anxiety or panic disorders, Valium, or diazepam in its generic form, is a benzodiazepine prescription drug.

Valium works by increasing the levels of gamma-aminobutyric acid (GABA) in the brain, which acts as a central nervous system depressant and slows down the stress response that may be overactive in someone suffering from anxiety or a panic attack. Heart rate, blood pressure, respiration levels, and body temperature are all lowered as a sense of calm sets in. Valium also increases the amount of dopamine, another naturally occurring chemical messenger, in the brain. This enhances pleasure and makes the drug prone to abuse.

In 2013, close to 15 million prescriptions were written for Valium or diazepam, making it the 11th most prescribed psychiatric medication in the United States that year, as published by Psych Central. Overall, benzodiazepines are a class of drug commonly abused, and the Drug Enforcement Administration (DEA) reports that diazepam is one of the most common benzos diverted and found in the illicit drug market. 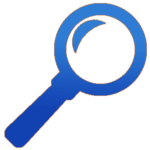 Called vallies, jellies, eggs, yellows, downers, or blues on the street, Valium may be abused by those seeking a mellowing and euphoric “high.” Valium is considered a long-acting benzodiazepine, and its effects may last up to 12 hours. The medication comes in tablet form and may be abused by swallowing too many tablets; by crushing it and then snorting or smoking the resulting powder; or by dissolving crushed tablets in liquid and injecting the substance.

In 2015, close to 5 percent of high school seniors reported past-year abuse of a tranquilizer drug like Valium, the National Institute on Drug Abuse (NIDA) publishes. Tranquilizers are most commonly abused by individuals between the ages of 18 and 25, however, as indicated by the 2014 National Survey on Drug Use and Health (NSDUH).

The FDA does not recommend that Valium be used long-term, as it can be habit-forming. Individuals may therefore start out taking Valium licitly, and then progress to abusing it after the prescription runs out. Individuals may go to more than one doctor, called “doctor shopping,” to try and get multiple prescriptions for Valium. They may invent or exaggerate symptoms or continue taking the drug after it is no longer considered medically necessary. That being said, the 2013 NSDUHreports that the most common place for people to get prescription medications is from a relative or friend for free, and individuals may ask people they know for the drug.

A Valium “high” is similar in nature to alcohol intoxication, and an individual under the influence may slur their words, have impaired reflexes and motor coordination, take bigger risks and have fewer inhibitions, fall down frequently, or incur injuries. They may become drowsy and have sluggish movements, and not be able to make sound decisions. Breathing is slowed, heart rate and blood pressure decreased, and body temperature drops with Valium use. A person may become overly relaxed and happy while taking Valium and suffer from mood swings, irritability, depression, and anxiety when it wears off. Valium can potentially lead to psychosis, suicidal thoughts, or increased depression in some cases, the FDA warns.

Valium is also commonly mixed with alcohol, prescription opioids, or other drugs as well, which can increase the side effects of both substances and the overall risk for an overdose. The Drug Abuse Warning Network (DAWN) report published that between 2005 and 2011, individuals who sought emergency department (ED) treatment for a negative reaction to the abuse of a benzodiazepine and another substance faced a 24-55 percent higher risk of a more serious outcome than those who abused a benzodiazepine drug on its own.

Alcohol and opioids are also central nervous system depressants. When combined with Valium, they may cause a person to have trouble breathing; suffer from an irregular heart rate, decreased body temperature, and low blood pressure; become confused; experience blurry vision; be drowsy; lose consciousness; slip into a coma; or even die due to overdose. In 2014, around 8,000 people died from a benzodiazepine overdose in the United States, NIDA publishes.

Valium is considered to be highly addictive, as it makes changes to the areas of the brain that deal with decision-making, short-term memory formation, and reward processing circuitry. For someone who suffers from acute anxiety, or panic attacks, Valium can temporarily and effectively calm the “fight-or-flight” reaction. With regular use, however, an individual may build up a tolerance to the drug’s effects and therefore needs to take more of it each time for it to keep working.

Drug tolerance and repeatedly increasing dosages can be signs of problematic Valium use. As dosages increase, so does the potential for dependency, which is what happens when the brain gets used to Valium making changes to its chemical pathways. Withdrawal symptoms are common when Valium then wears off, as levels of GABA and dopamine drop without the drug’s interference. Benzodiazepine withdrawal syndrome varies in severity, from mild symptoms like fatigue, mental confusion, abdominal upset, trouble sleeping, and general malaise to more serious side effects, such as seizures, irregular heart rate and blood pressure, rebound anxiety, insomnia, depression, and complications that may even be life-threatening.

In addition to the physical symptoms of addiction, like drug tolerance, dependence, and withdrawal symptoms, individuals may also exhibit several behavioral changes. Sleep patterns may be disrupted, and individuals may sleep more or less and at strange times. Eating habits may change as well, and weight fluctuation is not uncommon. Mood swings and erratic behavior may become commonplace, and individuals may be less interested in events, hobbies, or social situations that may have been previously important to them.

Someone battling addiction is unable to control their drug use and may continue to use Valium in spite of any negative consequences that may arise. This person has likely attempted to stop taking drugs on multiple occasions without success. Performance at school or work production is likely to suffer, and individuals may become secretive and withdrawn. An individual who battles Valium addiction may use the drug in potentially dangerous situations, increasing the risk for injury, accident, or legal troubles. They may not follow through on promises or stop regularly fulfilling obligations, and relationships may become strained. A complete shift in personality may even occur.

Since benzodiazepine withdrawal syndrome can be so significant and potentially dangerous, it is not recommended to stop taking Valium suddenly. Instead, individuals are often weaned off the medication. This involves slowly lowering the dosage over a set period of time, tapering it down safely under the supervision of a trained medical professional. The World Health Organization(WHO) recommends a tapering schedule and stabilization period of 4-7 days.

Withdrawal may differ from person to person, however, and the timeline may not be exactly the same for everyone. Polydrug abuse, family history of addiction, any co-occurring disorders, biological influences, and environmental factors can all play a role in the severity and duration of benzodiazepine withdrawal.

Detox is an important part of Valium abuse and/or addiction treatment, although it is only one facet of a multilayered approach. Comprehensive substance abuse treatment may include some or all of the following beyond detox:

Valium rehab can be provided in both outpatient and residential settings. Outpatient treatment programs may vary in intensity, from intensive outpatient programs that mimic residential ones to those that are more flexible with a person’s existing schedule. Residential treatment programs are generally considered the optimal option for individuals suffering from significant Valium dependence, in that they allow a person time for their brain to heal and for new tools and coping mechanisms for stress to become ingrained.

Behavioral therapies, such as Cognitive Behavioral Therapy (CBT), can actually help to rewire the brain in a positive manner, increasing brain volume, and helping to reduce anxiety naturally, Science Daily reports. Many who abuse substances like Valium may suffer from co-occurring mental health disorders, such as anxiety or depression, and these issues may be heightened during benzodiazepine withdrawal and recovery. A combination of therapy and medications as part of an integrated treatment program can help with both disorders simultaneously.

Relapse prevention and aftercare support through 12-Step programs and follow-up care after rehab can help to sustain recovery on a long-term basis. While structured treatment is essential to long-term recovery, addictions are chronic medical conditions that must be continually managed.

Recovery First, one of American Addiction Centers’ benzodiazepine rehab centers in Florida, is ready to help you overcome addiction and find long-term recovery. Call us today at to learn more about addiction treatment near you.

benzodiazepinesprescriptionsedativesvalium
Prefer getting help via text?
We're available 24/7 via text message. Signup below for access to our team when its convenient for you!
and many more...
Next Steps & ResourcesFind help & resources or learn more about Recovery First.