How to Identify Common Drugs

Learning how to identify drugs isn’t necessarily important in order to involve law enforcement and have someone arrested; it’s a skill best used to help someone you care about stop using drugs. This is especially true considering that the very nature of addiction causes most drug-dependent people to hide their substance abuse. This article will help you understand how to identify the most commonly abused drugs.

However, it is important to understand that addicts can be extraordinarily clever and resourceful and are capable of finding new methods and implements for drug use – as well as new and strange drugs to consume. The best indicator of addiction is almost always behavioral signs, but knowing what drugs look like and the equipment associated with them can aid in identifying a problem and seeking the right kind of help.

General Characteristics: cocaine is usually a white odorless powder that often comes in the corner of a tightly wound plastic baggie – especially sandwich baggies without a closure.

Methods of Use: cocaine is most often snorted but can also be smoked (sometimes with other drugs, most notably marijuana), eaten (users will often spread the powder on their teeth and gums using their finger in order to obtain a numbing effect in the mouth), and injected.

Learn more about cocaine use. 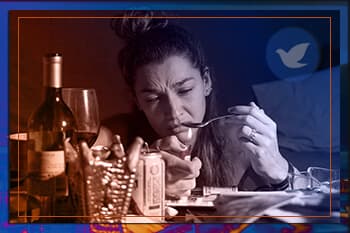 General Characteristics: heroin most often comes in a white, off-white, brown and in some cases black powder or tar-like substance, often sold in tightly wrapped plastic bags, clear or brown vials and in paper-wrapped bricks when in large quantity.

Methods of Use: heroin can come in many forms, but the most intense (and dangerous) effects are achieved when injected directly into the blood stream. Heroin can also be smoked or snorted or taken in pill form.

Associated Equipment: glass or plastic vials with residue inside, plastic baggies, scales, blackened or browned household spoons (for cooking the dope to use with a syringe) tinfoil (also for cooking the dope), needles and syringes, tourniquets and other implements used to create a pressure on a vein, lighters and small tea-candles used to cook the dope, most often over a spoon, straws and rolled bills for snorting, CD jewel cases, mirrors and similar items used to cut up and process heroin for individual “servings,” various types of pipes including those made from household items including tinfoil, “cover-up” or other makeup used to disguise the presence of needle marks and injuries and similar implements 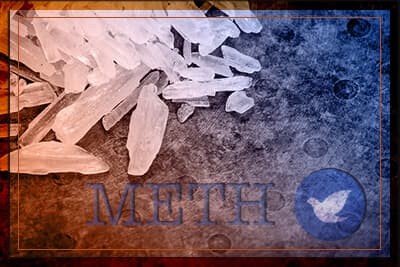 General Characteristics: meth can take on a surprising variety of appearances. From a brown or even pink-hued soft rock and powder substance to brown, clear or white crystals, meth is not typically uniform because each manufacturer (dangerous clandestine labs by the thousands all over the US and Canada) uses different methods, cutting agents, processing chemicals and other important precursors.

Methods of Use: Many meth users smoke the drug or directly inject it. Meth is also smoked and in some cases eaten directly from the bag.

Associated Equipment: tinfoil sheets and makeshift tinfoil pipes, “light bulb” pipes, short sections of straws (used both for snorting and for inhaling fumes from meth heated in a crease of tinfoil, in a light bulb, etc.), rolled bills, metal pipes, needles and syringes, belts, rubber hoses and other tourniquets, plastic baggies, scales, vials and other packaging. 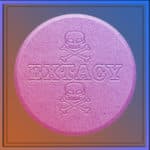 Methods of Use: typically ingested in pill or capsule form, ecstasy can also be dissolved in water or other substances and consumed.

General Characteristics: pot consists of the dried leaves and flowers of the marijuana plant. Plant materials are usually light to dark green, sometimes with significant portions of white, purple, red or orange and have a strong, distinctive smell similar to a potent sage or other herb.

Hashish is a drug made from collecting the resin glands on the outside of a marijuana flower. This results in brown or black masses of material that is highly resinous and often sticky. In large quantities this is formed into bricks, while individual portions come in small bits or chunks of the brick.

Methods of Use: marijuana and hash are usually smoked but can also be ingested or vaporized.

Associated Equipment: marijuana is smoked in a variety of ways that require a number of different types of equipment: water bongs, metal, wooden, clay or other pipes, makeshift pipes like aluminum soda cans, pipe fittings, etc., vaporizing equipment, rolling papers and rolling machines, grinders and more. Lighters, candles, “roach clips” (used to hold the small end of a burning joint), scales, baggies and trays to use for processing the drug and doling out individual portions and rolling joints, etc, are all common parts of a marijuana user’s paraphernalia.

Learn more about marijuana use. 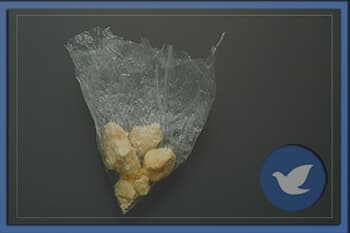 General Characteristics: crack usually comes in the form of small to medium sized “rocks,” although in most cases the rocks are easily breakable. Crack rocks can be white, brown, or any variation of either, and in some cases may appear yellow.

Methods of Use: while some users inject and even ingest crack directly, the preferred method for most drug-dependent and addicted users is smoking.

Associated Equipment: crack pipes – often made from glass but sometimes from other materials – are the most common type of paraphernalia associated with crack. However, because crack can be easily made from cocaine, other items associated with this drug include household spoons to cook the mixture down, lighters and tea candles, needles and syringes, sections of straws and rolled bills, tourniquets, etc. In general the implements used for crack, cocaine, heroin and meth are similar.

General Characteristics: acid can be found in liquid form, on sheets of highly decorated paper, in sugar cubes and gel tabs.

Methods of Use: LSD is almost always ingested; this is particularly true of paper LSD, which is dissolved on the tongue. However, some people have been known to let the substance absorb through their skin.

Associated Equipment: other than the acid itself, there is generally no equipment required in order to use this drug.

General Characteristics: prescription pills that have been diverted for street use come in far too many varieties for the purpose of this list. The most common of these are brand name and generic versions of Valium, Xanax, Oxycontin, Vicodin, Percocet, Ativan, Adderall, Ritalin, Fentanyl, Methadone and others.

Methods of Use: while some users do actually ingest pills, many prefer to crush and snort them when possible, although most modern pharmaceutical companies now produce specially-formulated medications that make this task difficult or impossible. 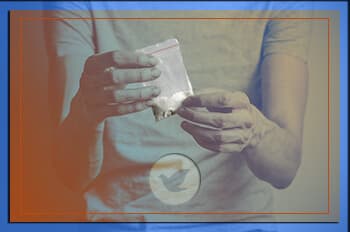 General Characteristics: bath salts do not conform to a set of standards other than the fact that they are powdery substances, most often white, brown or crystalline although sometimes colored. Bath salts come in jars, canisters and other packaging that can vary from generic to ornate and may feature warning labels such as “Not for Human Consumption.” This type of drug may also be sold as “plant food.”

Methods of Use: most users smoke or snort the drug, while some prefer to inject it.

Associated Equipment: in addition to the special packaging bath salts come in (bath salts are actually a stimulant drug like Mephedrone), nearly all of the same implements, equipment and paraphernalia used for cocaine, heroin, crack and meth are also used for bath salts.

General Characteristics: peyote is a small, low-lying cactus that looks like a type of gourd as it has no spines. It is most often green in color but can be a shade of brown after harvesting and drying. When processed for consumption peyote is often cut into slices.

Methods of Use: ingestion; either raw or in foods or beverages.

Associated Equipment: peyote requires no equipment to process or use, but because many users also use marijuana during their peyote experience, weed-related paraphernalia may be present.

General Characteristics: PCP is generally sold as a white, off-white or crystalline powder, but can also come in pill or capsule form.

Methods of Use: PCP can be smoked, snorted, injected or ingested.

Associated Equipment: razor blades, credit cards, smooth surfaces and other items to cut and distribute the powder or pills, spoons, lighters and tea-candles or other candles used to prepare the drug for injecting, needles, syringes and items used as tourniquets and generally all of the same paraphernalia associated with drugs like heroin and cocaine.

General Characteristics: because steroid manufacturers are constantly adapting their chemical formulations in order to avoid testing and detection, steroids can come in almost any form. From a little bit of powder in a plastic baggie to an injectible liquid to brightly colored pills, it can be difficult to distinguish steroids from other types of drugs.

Methods of Use: steroids are commonly injected (intramuscular) but can also be mixed in food or beverages or consumed directly.

Associated Equipment: all intravenous drug-use-associated equipment listed previously (although in most cases steroid users will not need to “cook” the drugs, nor will they require tourniquets), vials, baggies, bottles and other packaging, measuring equipment, scales and other steroid-specific items.

Now you know what some of the most common drugs look like and how they are consumed. Are you asking yourself if you or your loved one is suffering from addiction?

That is a very common question when someone is trying to identify a substance they’ve found. You can learn more about:

If you or your loved one is in need of help or has questions about what recovery from substance abuse may look like, give us a call anytime at . We are available 24/7 to help you.