There are a lot of elements you might consider before going on a first date: What should you wear? Where should you eat? Who should pay the tab? What about having a drink before leaving the house?

To understand the role alcohol plays in our relationships today, we surveyed 500 Americans about how much they and their partners drink regularly, the types of alcohol they consume most, and how drinking plays into overall happiness as a couple. Continue reading to see what we learned. 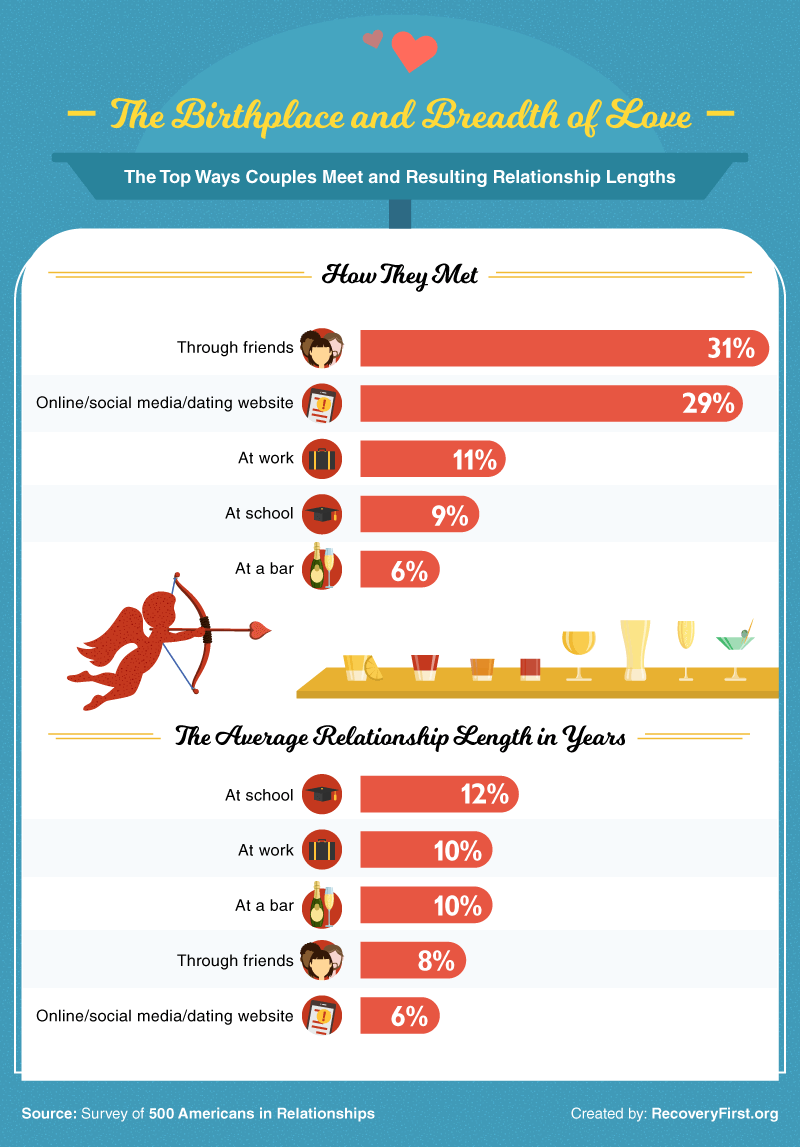 From those first (awkward) dates in high school to meeting online, dating these days can be difficult.

Still, most Americans polled met their current significant others through friends. Over 31 percent met through a friend, while about 29 percent connected through social media or a dating website. Even more unlikely: meeting someone through work, school, or at a bar.

While relationships where people met at school were less common, they tended to last the longest – averaging 12 years, according to our survey respondents. People who met at work also had a full decade under their dating belts.

People who met online were together the shortest length of time. While their time (so far) may be short, 5 percent of married Americans say they met their significant others online.

Meeting Under the Influence

While drinking to reduce anxiety or stress may not seem overly troubling, alcohol can become a crutch you believe you need to feel comfortable.

The Places We Go to Drink 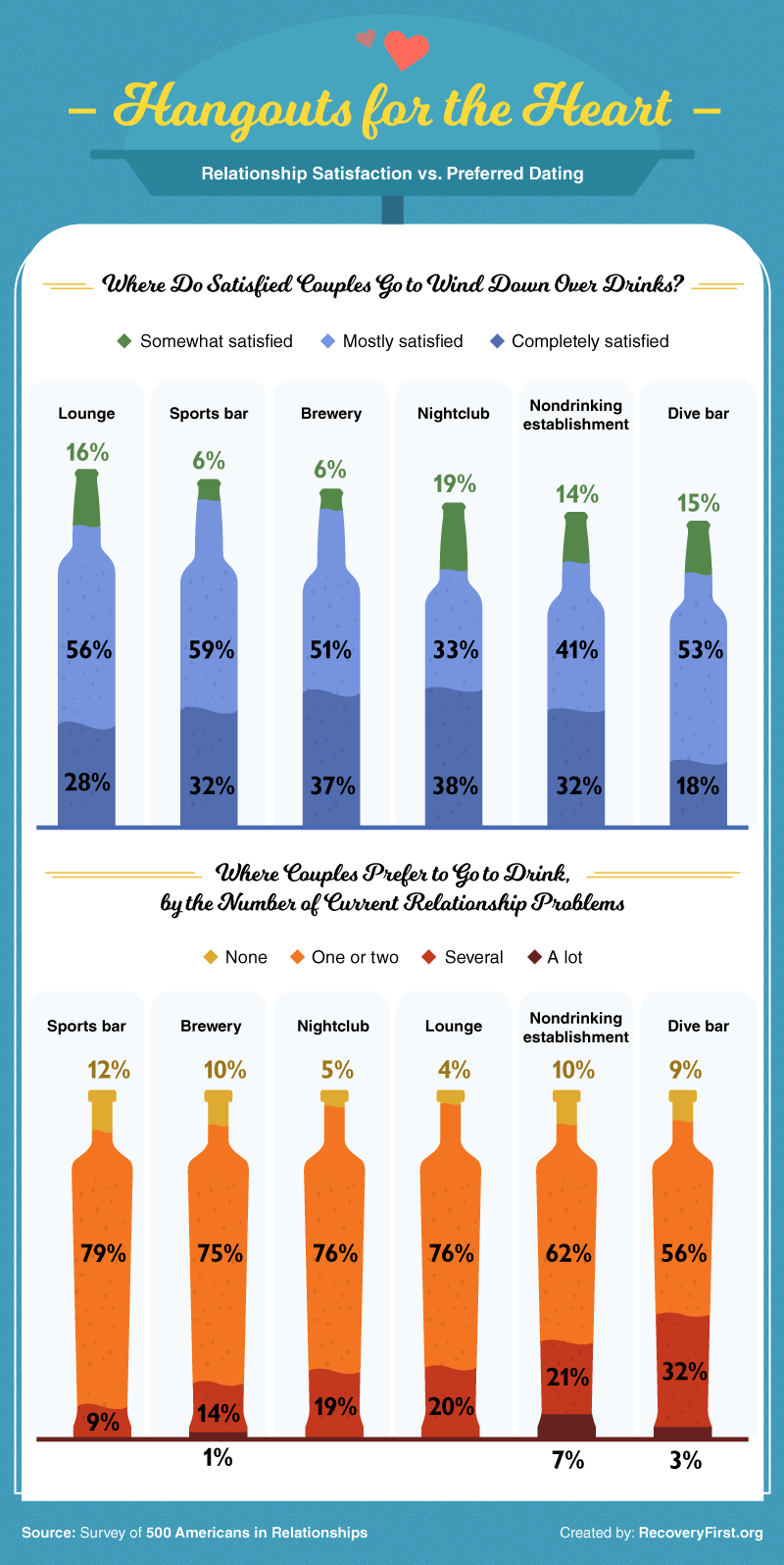 Between 32 and 38 percent of couples who preferred to visit breweries, sports bars, or nightclubs were completely satisfied with their relationships. However, fewer than 1 in 5 people preferring dive bars felt the same way. Furthermore, people who preferred going out with their partners to dive bars were the most likely to feel as though they had several problems in their relationships.

According to our research, the places where mostly satisfied couples with few problems like to go most are sports bars and lounges – perhaps because of the camaraderie from watching the game or the pleasure of conspicuous consumption. 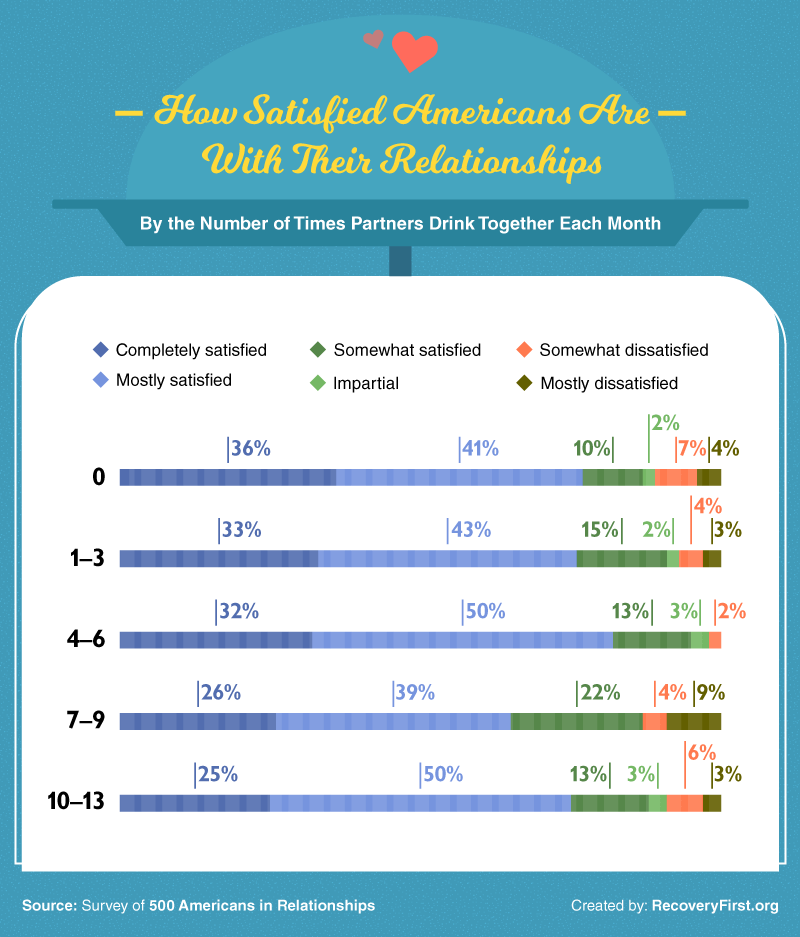 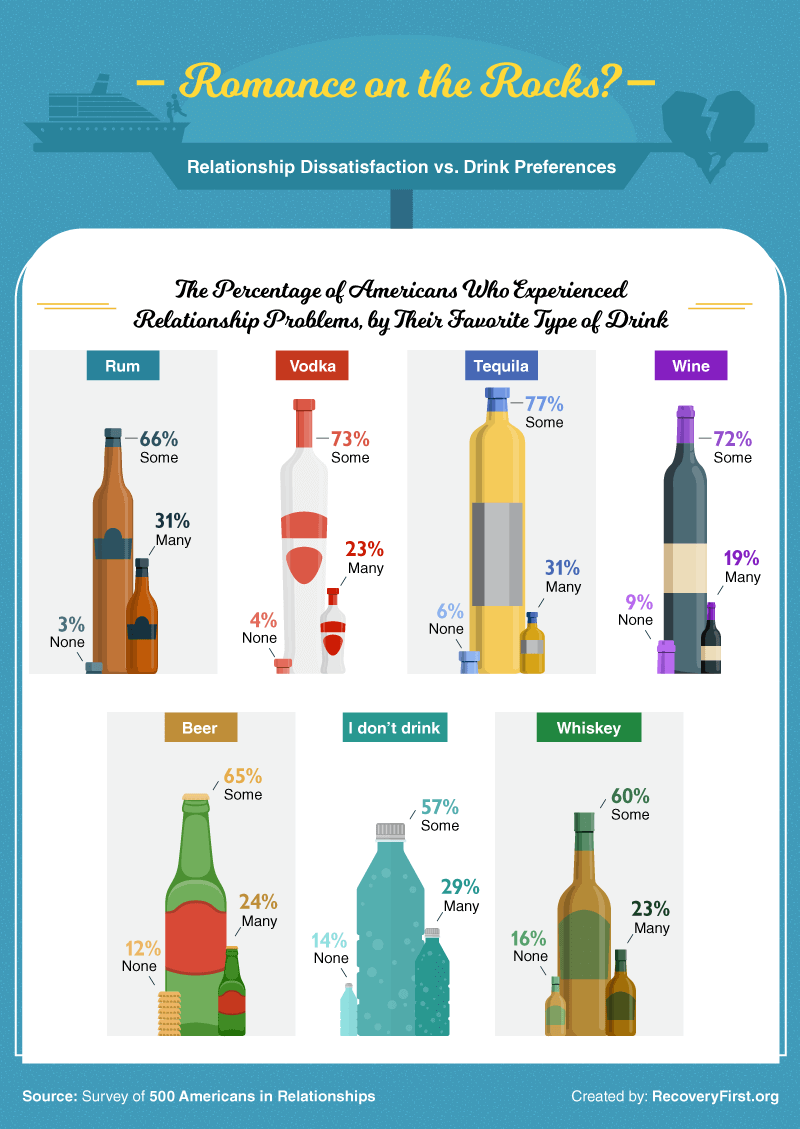 While couples who abstain from alcohol are still likely to have some problems in their relationships, couples who regularly drink must deal with issues that they don’t.

Americans who were in relationships longer were generally less likely to drink together each month.

Relationship experts indicate that relationship problems can become exacerbated when alcohol is included. While light drinking of certain types of alcohol may pose some health benefits, excessive drinking can have negative impacts on the body and mind. Too much alcohol can:

Binge drinkers may experience even more troubling side effects, including: 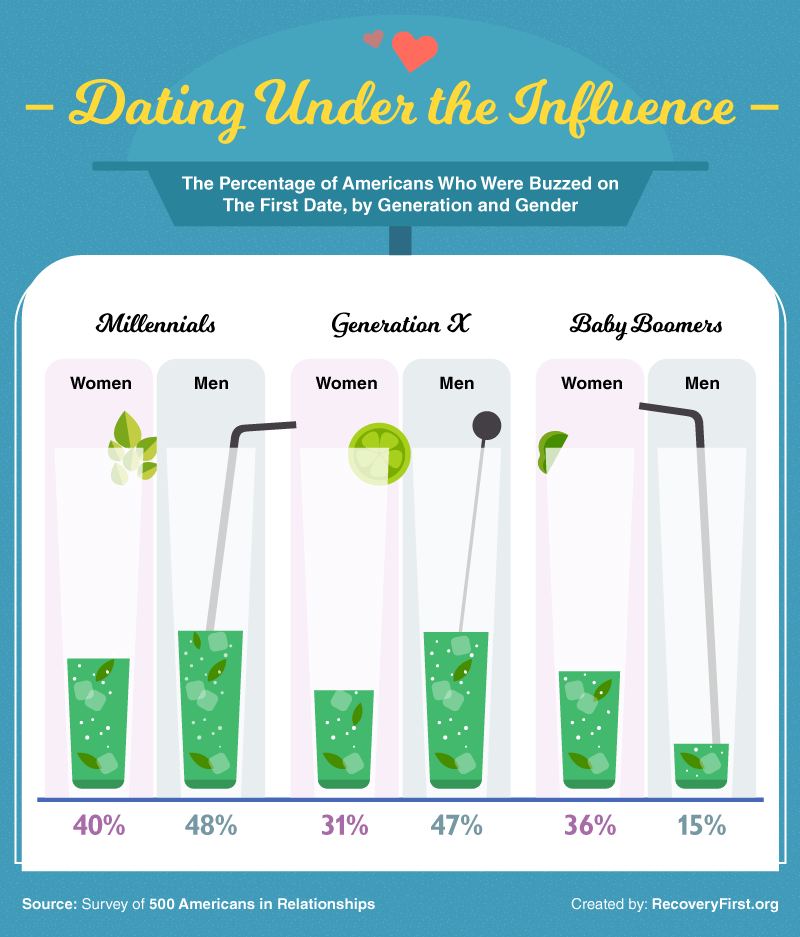 For some Americans, alcohol plays a major role in their relationships. Whether it’s the little bit of alcohol they consume to shake off the jitters before a first date or the number of times they and their partners drink together, drinking can have a great impact on how satisfied people are with their significant others.

For this project, we surveyed 500 Americans in relationships about drinking before the first date and how alcohol affected their relationship satisfaction.

Feel free to share this article for noncommercial purposes, just link back to the original article as a source!