The distinction between the terms synthetic and natural is often very tricky to disentangle, especially when discussing drugs because many of the so-called natural drugs require an artificial synthetic process to extract them from natural substances.

For purposes of this article, “synthetic drugs” includes drugs synthetically derived from a natural product and artificially manufactured substitutes for substances that would otherwise occur in nature.

This article will go over the many dangers of synthetic drugs and how treatment can help. 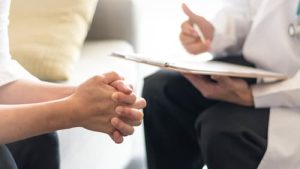 According to a number of different sources, including the United States Drug Enforcement Administration (DEA), synthetic cannabinoid use tripled from January to June 2011 to January to June 2013. The reason for this increase in synthetic cannabinoid use has been explained because these drugs are easier to obtain than actual marijuana and can be purchased in head shops.

Users of these drugs take them for their relaxing effect and the feelings of euphoria they produce. According to NIDA, they are also known to induce:

As more laws are put into effect to make many of these substances illegal, the manufacturers slightly alter the chemical composition of the product. A May 2015 article in the Broward/Palm Beach New Times relayed the frustration with attempting to control the use of synthetic cannabinoids and noted that reports of overdoses on the substances were increasing. However, new legislation has addressed this issue (see below).

Budder, shatter, and honey oil are high potency products extracted from cannabis and can contain extremely high and even dangerous levels of delta-9-tetrahydrocannabinol (THC), the main psychoactive ingredient in the cannabis plant. Cannabis is soaked in butane or some other solvent, and the THC is extracted to produce these products; this practice can result in potential explosions. Substances like budder are often smoked in e-cigarettes or similar products (vaped).

The high THC content in these products leads the potential for a number of harmful side effects from use, including the development of irregular heartbeat, heart palpitations, severe anxiety, paranoia, and hallucinations.

Methamphetamine is a central nervous system stimulant and may be better known by its street names crystal meth or meth. This drug is often produced in small laboratories in apartments or homes, and it can be made from over-the-counter cold medications. It is often smoked but can be injected or snorted.

Methamphetamine is an extremely dangerous drug that produces a number of damaging physical effects with chronic use, including cardiovascular damage and brain damage. Chronic users develop very strong psychological dependence on the drug, and individuals tend to binge on this drug.

Methamphetamine use remains a significant problem in Florida, and deaths related to overdose on methamphetamine have increased steadily from 2003 to 2014.

Bath salts (synthetic cathinones) are synthetic amphetamine like stimulants similar to methamphetamine. Cathinone is a stimulant found in the khat plant, a shrub grown in the Middle East and East Africa that is often harvested and its leaves chewed for their mild stimulant effects. Bath salts, which are primarily manufactured in China, are much more potent than natural cathinones and, in some cases, can be extremely dangerous. They produce extreme euphoria, high energy, and feelings of invincibility but also have the potential to produce high blood pressure, elevated body temperature, chest pains, extreme agitation, erratic and violent behavior, hallucinations, delusions, extreme confusion, insomnia, and seizures.

Flakka is the latest version of bath salts and also primarily manufactured in China. It produces similar effects to bath salts. The use of these drugs appears to have peaked after frightening the local communities in Florida. It appears that the combination of a law enforcement crackdown on dealers, law enforcement and community education programs, and a Chinese crackdown on manufacturers have been effective in significantly reducing flakka use in Florida.

A number of other designer or synthetic drugs have been popular in the past in Florida, such as MDMA (ecstasy), GHB, and even LSD. However, these drugs have declined significantly in their popularity. Even with this decline in the popularity of these drugs, it is important to remember that they are used by some individuals, especially younger individuals, and continued efforts to crack down on their distribution should be maintained.

According to the Tampa Bay Times, recent legislation has also addressed the issue with the manufacturers of these synthetic drugs slightly changing the chemical compounds each time one particular drug was declared illegal. This led to a merry-go-round of law enforcement and prosecutors attempting to analyze and define each new chemical substance, and manufacturers simply slightly altering the substance to ensure that it would no longer be illegal. The rewrite of the state’s Controlled Substances Act defines illegal drugs by their molecular structures, making it much easier to demonstrate that the new synthetic drugs are similar enough to the previous illegal substance to qualify as illegal. This legislation will definitely assist law enforcement agencies and prosecutors in controlling the constant influx of new synthetic substances into Florida.

Even so, law enforcement officials, legislators, and prosecutors agree that continued vigilance and legislation are needed to satisfactorily control the influx and use of potentially dangerous synthetic drugs.

Treatment for Addiction to Synthetic Drugs 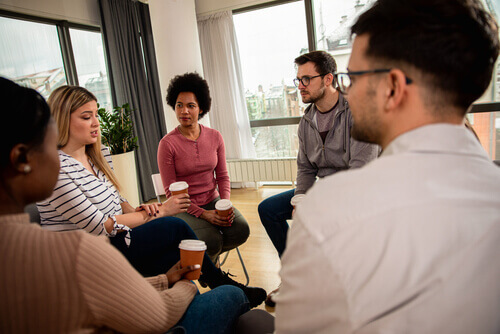 Some of these drugs may be “fake,” but their health risks and the potential for addiction is very real. Fortunately, addiction is a treatable condition. Recovery First in South Florida is a treatment center that uses evidence-based methods to help patients safely detox and gain the skills needed to remain in recovery.

Types of addiction treatment at Recovery First include:

If you or a loved one is struggling with addiction, please reach out to an admissions navigator at Recovery First to begin the admissions process.

synthetic
Prefer getting help via text?
We're available 24/7 via text message. Signup below for access to our team when its convenient for you!
and many more...
✕
Instantly Check Your Insurance Coverage
Your information is safe & secure
At Recovery First, we accept most types of private (non-government) insurance and offer a variety of payment options.
You can quickly and privately check your insurance benefits to see if you're covered for addiction treatment services. We’ll be able to tell you if your provider is in network with Recovery First Treatment Center and all American Addiction Centers locations.
This means your treatment may be FREE1 depending on your policy, copay, and deductible.
Next Steps & ResourcesFind recovery resources and treatment info.