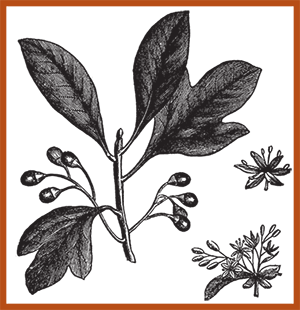 Most everyone has heard of the hallucinogenic club drug MDMA, which is also known as ecstasy or Molly. However, there is a similar version of hallucinogen – called sassafras, sass, Sally, or MDA – that, while less well-known, has been around longer.

Described as a sweet-smelling, milder, slower version of ecstasy, sassafras has become popular for use again because it is considered relatively gentle. However, a smooth high does not mean that a drug is any safer for the person who uses it. In fact, MDA has been implicated in recent overdose deaths and can be dangerous. In addition, the drug can lead to dependence and addiction.

The drug known as sassafras is essentially methylenedioxyamphetamine – or MDA, a stimulant and hallucinogenic substance that has been used to create what is described as a smooth or gentle high. The origin of this substance is sassafras oil, which can be extracted from the sassafras plant and contains the active ingredient safrole, which can be used to make either MDA or MDMA.

The US Department of Agriculture defines sassafras as a flowering tree native to the eastern US. Throughout the history of this continent, it was used by Native American tribes in the area for a variety of medicinal uses, as a:

The leaves, bark, and roots have also been used for flavoring foods, such as in gumbo filé, a powder made from the roots or leaves that is used in making gumbo. Up until 1960, it was also used to make a beverage similar to root beer; however, as explained by Drugs.com, use of the sassafras plant in food and beverages is now illegal in the US due to its carcinogenic effects. Nevertheless, people are known to use sassafras directly through making tea or using the ground root, leaves, or bark as a flavoring for food. In addition, components of the plant can be used to create powder or pills that can be applied in illicit, recreational drug use.

Sassafras oil is produced as a component of fragrances and even as a component of insecticides; however, the oil is also the part of the sassafras plant that contains its psychoactive substance, safrole, which can be extracted through distilling the oil. This, in turn, can be used in illicit production of MDA or MDMA, as described by an article from Chemistry Today. Safrole can be extracted from other, similar types of trees, two of which are native to Cambodia.

Because of its use in creating MDMA, which is a Schedule I controlled substance in the US, there are strict restrictions on use of the oil, as well as US Drug Enforcement Agencyregulation of the substance. 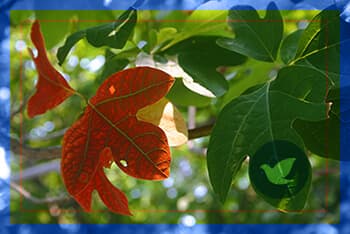 MDA, like MDMA, affects the brain’s serotonin, norepinephrine, and dopamine systems, causing the brain to release these chemicals while at the same time decreasing reuptake of these neurochemicals. The result of this action is to cause a euphoric, stimulating, and hallucinogenic response in the brain. To describe it differently, sassafras has both stimulant and hallucinogenic effects and increases feelings of pleasure and wellbeing that create the “high” experienced by those who use it.

As explained by the National Institute on Drug Abuse(NIDA), the serotonin system in the brain affects mood, sleep, and memory functions for the individual. The hallucinogenic properties of sassafras occur through these functions. In addition, by stimulating dopamine response, sassafras can create a sense of euphoria or extreme pleasure. Finally, the norepinephrine stimulation makes a person feel energetic, powerful, and focused, creating a strong sense of confidence, motivation, and wellbeing.

Additional short-term effects of sassafras include:

Also as a result of the drug’s action in the brain, the individual who uses sassafras, particularly sassafras oil or safrole, may experience the following side effects, according to WebMD:

In addition, the National Institute on Drug Abuse demonstrates that abuse of sassafras can result in destruction of serotonin and dopamine receptors in the brain. This can result in a condition called anhedonia, where an individual loses the ability to feel pleasure. Even after stopping use of sassafras, it can be difficult to return to normal neurotransmitter function because of this destruction to neurotransmitter binding sites; the NIDA article demonstrates that it can take up to a year to regain neurochemical function in these areas.

As with other hallucinogens and stimulants like MDMA, abuse of or addiction can be treated. Through experienced addiction treatment professionals and programs, those who are struggling with dependence on sassafras, MDA, or MDMA can learn to manage the symptoms of abuse or addiction and become able to function without the drug.

As described by NIDA, there are many risks to taking MDA or MDMA that can result in physical or mental damage for the individual. Getting treatment to manage MDA or sassafras abuse can enable an individual to learn how to avoid cravings for the drug and stay abstinent. In turn, this promotes a more productive future in recovery.