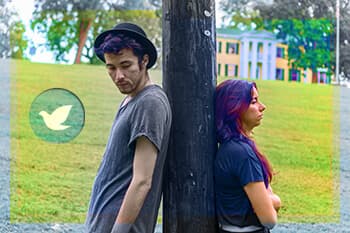 Enabling refers to a pattern of behavior by the loved ones of a person struggling with an addiction disorder that make it easier for the addicted person to continue substance abuse. This typically involves ignoring, denying, excusing, and/or justifying the addiction.

The term enabler has been used for many years to identify people who do this, and it can cause feelings of guilt, anxiety, and defensiveness in those accused of engaging in this behavior. However, it should be recognized that enabling is often done out of love, even if it makes things worse in the long run. Once these truths are recognized, loved ones can begin working with the addicted individual to create better solutions to the problem.

Unfortunately, addiction is complicated, as are the dynamics that addiction disorders create within families, among friends, and between significant others. Just as it isn’t always easy to determine if someone has an addiction, it’s not always clear where the line is between supporting and caring for someone and enabling them. Enablers themselves are often in as much denial about their behaviors as addicted individuals can be, resulting in a codependent relationship.

Enabling also goes beyond substance addiction. It can apply to behavioral addictions, such as to gambling, sex, and videogames, or to other untreated mental illness and destructive behaviors. Almost everyone can say they have encountered someone struggling with one of these issues – over one in four American adults suffers from some variety of mental illness – so it’s important to be familiar with the signs of enabling behavior patterns. Recognizing these behaviors in oneself or others can ultimately be much more helpful to the individual being enabled in the long run.

It’s important to keep in mind that enablers are often those who are most affected by the behavior of the people they are enabling. They tend to be very unhappy in the situation but may think that the enabling behaviors are their best or only option. They may genuinely believe the irreparable harm may come to the person being enabled if they stop, or that refusing to unconditionally support that person would mean withdrawing love. This is not true. Taking the hard path that will ultimately result in positive change is the most loving thing you can do for someone and, in the long run, can save an addicted person from an extremely destructive path that often ends in premature death.

Enabling behaviors are any actions that allow the addicted person to continue destructive substance use with minimal consequences. This prevents the individual from getting treatment due to the fact that people with addiction disorders tend to only admit there’s a problem and that they need help once their behaviors starts significantly interfering with their lives – sometimes to the point of hitting “rock bottom.”

Enabling behaviors can include:

There are many other behaviors that can fall into the category of enabling, but the core of the problem is sacrificing one’s own happiness, money, and time in order to maintain a bad situation out of fear of things becoming even worse. Some enablers are legitimately afraid that the addicted individual would die without their support. This isn’t entirely unreasonable, considering the fact that 47,055 Americans died of overdose in the year 2014 alone. However, enabling someone only continues the addiction problem, which could end in overdose at any time. The only way to avoid this for sure is for the addicted person to get and stay off the drug.

Breaking the Cycle of Enabling

The first step to ending enabling behavior after recognizing it is to admit to oneself that it’s causing harm to the addicted person. Though enabling is typically done out of love and concern for a friend, family member, or significant other, the fact is that it’s ultimately a crueler option than facing the real, underlying problem. Addiction disorders only become worse without treatment, and the destructive behavior will not change without consequences.

In the long run, the only way to help an addicted person is to get that individual to admit the problem and accept professional treatment. Otherwise, that person will eventually begin to suffer from serious medical problems, encounter legal troubles, become unable to hold a job, and experience more negative life effects, all while becoming increasingly dependent on their substance of choice. Unfortunately, very few people who need treatment for an addiction disorder receive it – less than 1 percent, according to the National Institute on Drug Abuse.

The chances of suffering from a dangerous overdose can also increase over time with many intoxicants. At the same time, the stress on the enabler builds up over time and can cause resentment, mental health problems, and financial troubles.The key to breaking the enabling cycle is to return responsibility to the addicted person. That individual needs to once again be responsible for their actions and suffer the consequences of substance abuse. This means setting clear and hard boundaries with the addicted person.

Survey On Alcohol Use In Relationships

These can include the following:

This can be very difficult, as people who are used to enablers shielding and taking care of them will typically fight to retain those privileges. They may attack their enablers, making them feel guilty for withdrawing support. They may become distraught and beg their enablers to keep taking care of them, claiming that they can’t do it on their own.

Enablers must weather the accusations, anger, and guilt-tripping of the addicted person and stand their ground. Compromising, allowing the addicted person to cross strict boundaries without consequences, or bending the rules is not acceptable here. This only lets addicted individuals know that the boundaries aren’t real and that the loved one is still willing to enable them. You can, however, reassure addicted persons that you still love them and will be there for them when they choose to seek treatment. Oftentimes, it can be beneficial to seek the help of a therapist or interventionist prior to having this conversation.

Although this process can be highly emotional and difficult, many enablers feel an immense sense of relief after it’s done. Control of the addicted person’s life has been put back where it belongs; the enabler no longer has to carry that burden. At the same time, setting boundaries is an act of love for yourself. You don’t deserve to carry the weight of someone else’s problems for them. You need to be able to focus on yourself, your own goals, your aspirations, and your struggles, and work through your own issues without taking on the responsibility of another adult.