Most Common Drugs in Florida 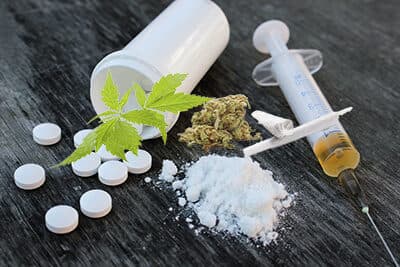 Trends in drug use in Florida appear to be similar to many other states. According to the Substance Abuse and Mental Health Services Administration, the following illicit drugs are most commonly observed as being primary drugs of abuse in drug admissions in the Florida:

Even though certain stimulants, opioid drugs, and benzodiazepines can be purchased legally with a prescription, most often, individuals who abuse these drugs obtain them illegally.

Heroin Use in Florida

Heroin is not legal to obtain or use in any state. The issue with heroin abuse in Florida may be related to a few factors, according to a 2014 article in Reuters:

Some sources attribute the rising use of heroin in Florida to earlier issues with rampant access to prescription narcotic medications, such as Vicodin and OxyContin. A number of recent policy changes have significantly reduced access to these medications; however, heroin is a cheaper and more potent alternative.

While the above figures relate to illegal drugs in Florida, two legal substances remain the most abused drugs in the state. Alcohol continues to be the main drug of abuse in Florida, and tobacco is also consistently used. The following facts illustrate the prevalence of both substances in the state:

Alcohol typically tops the list of drugs that are seen in treatment centers as the primary substance of abuse because of the relative ease with which alcohol can be purchased in the United States. Even though it is illegal for individuals under the age of 21 to drink alcohol, most individuals in this age group who want to drink appear to have little difficulty in obtaining alcohol. Thus, the most abused drug in the state of Florida remains alcohol despite alarming rates of opioid drug abuse in the state.

Recovery First, one of American Addiction Centers’ inpatient Florida drug rehab centers, is ready to help you overcome addiction and find long-term recovery if you are struggling with addiction and are unsure of where to turn. Call us today at to learn more about addiction treatment near you.

local
Prefer getting help via text?
We're available 24/7 via text message. Signup below for access to our team when its convenient for you!
and many more...
✕
Instantly Check Your Insurance Coverage
Your information is safe & secure
At Recovery First, we accept most types of private (non-government) insurance and offer a variety of payment options.
You can quickly and privately check your insurance benefits to see if you're covered for addiction treatment services. We’ll be able to tell you if your provider is in network with Recovery First Treatment Center and all American Addiction Centers locations.
This means your treatment may be FREE1 depending on your policy, copay, and deductible.
Start Your RecoveryThe first step toward recovery is always the hardest. We're here to help.