Peer Pressure: How to Deal with It 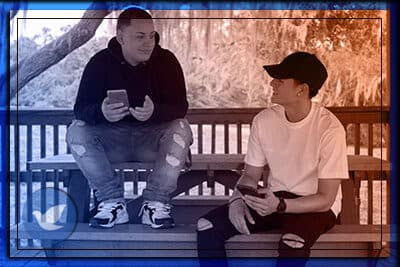 In the teenage years, peer pressure can be harmful at times. On the one hand, it is incumbent upon adults to respect the privacy and basic rights of teenagers. On the other, teenagers are inherently an at-risk group, in part because of the possible negative influence of peers. The following are some of the reasons why a person’s peers can be so persuasive in any given social setting and why peer pressure can be particularly dangerous in the case of drugs:

In view of the minor age of teenagers, there are many stakeholders in their health and well being, including parents, teachers, athletic coaches, friends, family of friends, after school job employers, and society in general. Since teenagers make up a vulnerable class, it is necessary for adults to serve as role models and play an active part in their maturation process. One of the ways adults can do this to help teenagers understand how to deal with peer pressure. This article is suitable to for anyone who needs help coping with peer pressure, as well as any concerned third parties, such as parents.

Tips on How to Deal with Peer Pressure

The informational site Teens for Life squarely takes on the realities of peer pressure and provides guidance on how to effectively navigate it. The group behind the site points out that teens can avoid peer pressure, and to always keep this option in mind. However, avoidance is not always the appropriate strategy. A teen that, under whatever specific circumstances, takes peer pressure head on will ultimately be able to learn from it. But it is best to be prepared, and a helpful way to prepare is to have some guiding principles in place. The following are some ways that a teen can effectively deal with peer pressure, such as to have a plan, practice the avoidance strategy, and become a leader.

Having a plan or thinking through what one will do in the face of a known risk, such as a peer invitation to do drugs, is a way to get ready for the real-life scenario. It may be easier to say “no” if there is a commitment to doing so. After teens say “no” to drugs, or find another way to make their intention not to do drugs clear to their peers, it may still be necessary to stand one’s ground. Typically, peers will back off when they see that someone is standing their ground.

As noted above, avoiding certain people, places, and things is one way to prevent drug use. People, places, and things can be triggers for drug use. In some instances, teens will be coping with peers who want to initiate them into drug use. According to the National Survey for Drug Use and Health (2013), the government estimates that there are 6,300 new marijuana users each day in America. The risk of a teen initiating into marijuana use on any given day is clear. In some instances, a teen may be experiencing peer pressure after having tried a drug, such as marijuana. The teen may want to avoid using the drug again, but now that a precedent is set in the peer group, the teen may find it hard to back out. Avoidance can work in this case, as can other strategies discussed in this article.

Despite any ideas to the contrary, there is no single way to interact with peer groups. Teens can keep in mind that they may feel pressure, but they are not obligated to do anything they don’t want to do or know better than to do. Peer pressure works, in part, by making teens feel as if they are without options. This is simply never the case. A teen can go from feeling peer pressure to being a peer leader. Leadership happens when a person cuts a new path through an issue.

One way to overcome peer pressure is to create a new practice. Some friends may get on board with it and turn it into a group. For instance, teens can give pushback to peer drug invitations in the form of suggesting a new activity, such as playing basketball or watching a movie. Those friends who join up with that plan are voting against drug use, and the invitation to use drugs loses its power and influence.

Another approach is to stand up for what’s right. A teen can have an opinion about illicit drug abuse and share it with peers. Having an anti-drug opinion can help a teen avoid another person’s pro-drug practice. One way to think about this strategy (and it can work vis-à-vis any illegal activity) is to contextualize the peer invitation to do drugs. Reduced to its fundamentals, drug use involves breaking the law and risking psychological, behavioral, and physical harm to oneself. Rather than seeing peer pressure to do drugs as solely about socializing and getting high, one can see it for what else it is: an invitation to self-harm. If this level of awareness is brought to the issue, teens may find it easier to reject any peer drug use invitation that comes their way. 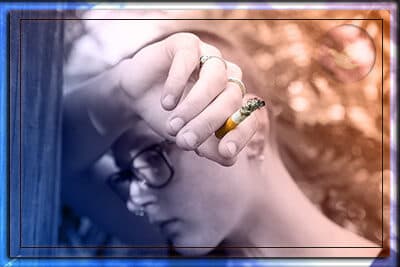 Writing for the journal section of Partnership for Drug-Free Kids, Lauren King recounts how peer pressure got her started on drug use. Lauren’s story is unique to her, but many of the patterns and facts are only too familiar. Lauren was in a vulnerable state in her youth as she had an alcoholic parent. In addition to that trauma, she had experienced the emotional rollercoaster of her parents’ divorce. Lauren makes an important point: Since she felt unstable in her life (emotionally, psychologically, and physically), she was susceptible to believing her peers’ point of view on things. If her peers thought drug use was fine (i.e., their actions spoke to this belief), then so would she. For Lauren, the emotions underlying the drug use included wanting to feel like part of a group and to have attention from her peers. Lauren did not feel that she got the attention she needed at home. The rift in her home life, between what she wanted and what she had, caused Lauren to feel a void in her life overall. Lauren says that she filled the void she felt in her life with drugs.

The experience of using drugs, and going through recovery, gave Lauren insight into why teens give in to peer pressure. Lauren states that the following are some of the reason’s teens can be vulnerable to peer pressure to do drugs:

Looking at Lauren’s list of the reasons why teens may give in to peer pressure to use drugs, tips and guidance can be offered. Taking each point in turn, a teen who is facing peer pressure can keep in mind the following counterarguments, all of which can empower a firm “no” to drugs:

As this discussion makes clear, one of the most effective ways to combat peer pressure is to think about the negative side of drugs. When a teen takes a moment to consider the pros and cons of drug use, the cons quickly stack up. Teens make countless decisions each day, which is an empowering experience, but somehow teens may feel powerless in the face of a peer invitation to do drugs.

It is critical to keep in mind that before any people do drugs, they make a decision to do so. That decision can be interrupted; a teen may feel as if peer pressure puts them on the spot, but the teen does not have to automatically respond. After some thought, the teen may decide to tell a peer “no.” Another tactic would be to say “not right now,” which can buy the teen some time to think through the situation, get away, and avoid being in that spot again in the future.