The Top 5 Most Addictive Drugs in the World

Addiction is typically defined as a compulsive need to engage in a specific behavior or ingest a particular substance. Because addiction is a chronic disease, there is no cure for addiction; however, it can be effectively managed with the right care. While many substances can be addictive, there are some substances that have a higher potential for addiction than others.

An addictive drug is defined as both rewarding and reinforcing – that means it triggers the brain’s reward system, giving pleasure and a sense of accomplishment or wholeness. It also creates a feedback loop that means the person is more likely to continue to use the substance due to the sense of reward. While this system in the brain works well when a person successfully applies for a job, for example, or exercises a healthy amount, the system can reinforce damaging behaviors, like substance abuse.

With so many warnings about the addictive nature of everything from opioid painkillers to sugar to exercise, it is important to understand that medical professionals use statistical data to help them measure the potential for and consequences of certain substances. One of the leaders in this field is Professor David Nutt, a psychiatrist and director of neuropsychopharmacology in the Division of Brain Sciences at Imperial College, London. He asked a panel of medical experts for their feedback on the most addictive substances, which helped create a standard measurement. Other organizations, like the World Health Organization, offer annual publications on the impact of addictive substances all over the world.

Below are the top five most addictive substances according to these expert sources. 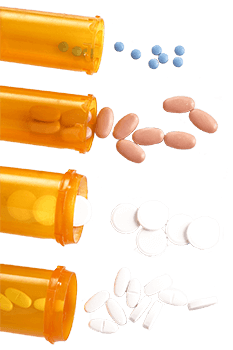 Heroin is considered one of the most addictive substances on the planet. This strong, illegal drug is synthesized from the opium poppy, and works to kill pain, elevate mood, and flood the brain with “happy” neurotransmitters like dopamine. Heroin addiction is on the rise in the US, having doubled among 18-25 year olds in the past 10 years. However, middle-aged white adults in the US are also a growing demographic for heroin users, due to the rise in opioid prescription painkiller addiction in the US as well. The “rush” or euphoric effect of heroin leads about 23 percent of people to become dependent on the drug.

The boom in heroin abuse and addiction in the US has been linked to an increase in opioid prescription painkiller addiction, especially related to hydrocodone and oxycodone. Lawmakers and regulators now state that opioid drug use in the United States is an epidemic, and many groups like the CDC recommend that doctors reduce how much they prescribe these drugs. Many people first become addicted to opioid painkillers after having surgery, like wisdom tooth removal, or suffering a major injury, such as a slipped disc. Although the initial opioid painkiller prescriptions are intended to be taken under the prescribing doctor’s supervision and for a limited period of time, many people discover that they develop a dependence on these drugs and begin to find more ways to get them. An estimated 4.3 million Americans used prescription opioid painkillers for nonmedical reasons in the month leading up to a 2014 report from the Substance Abuse and Mental Health Services Administration.

Cocaine is name from the leaves of the cocoa plant, which is indigenous to South America. This powerful stimulant produces short-term euphoria, high energy, extreme alertness, and talkativeness. However, the rush can also increase blood pressure and heart rate to dangerous levels. Unlike many other stimulants, though, cocaine is also an anesthetic, meaning it kills pain, and this creates a powerful sense of pleasure in the user that can easily lead to abuse or addiction.

Powdered cocaine is typically snorted through the nose or ingested in other methods through thin membranes on the body; rubbing cocaine on the gums is a stereotype shown in many movies and television shows.

Another less expensive form of cocaine was introduced to the US in the late 1970s, called freebase cocaine or crack cocaine, which is a crystal that is smoked. People who ingest cocaine tend to go on binges, using a large amount of the substance in one sitting. With time, cocaine in all its forms will change the structure of the brain’s reward system, leading to an intense addiction. According to the National Institute on Drug Abuse, about 1.5 million people in the US, mostly between the ages of 18 and 25, used cocaine in 2013; however, that number was lower than in the decade prior. 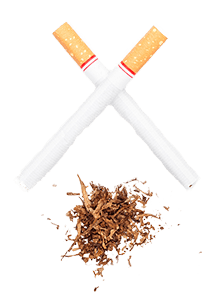 Nicotine is considered one of the most addictive substances in the world, and it is the leading cause of preventable disease like emphysema and lung cancer. Smoking cigarettes is the primary method of ingesting nicotine, but chewing tobacco is another common method of ingesting this drug. About 20.8 percent of US citizens are cigarette smokers.

Part of the reason nicotine is so addictive is that this stimulant decreases appetite, boosts mood, and increases heart rate, blood pressure, and alertness. However, it has a very short life span in the bloodstream, with users typically feeling cravings for nicotine after 2-3 hours. This craving often includes psychological symptoms like anxiety and depression, along with headaches or restlessness. Because cigarettes are easy to obtain and legal for anyone over the age of 18 in the US, this addiction often forms easily. 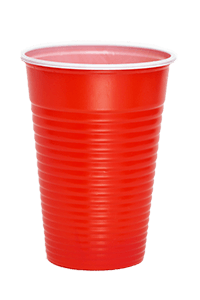 Although alcohol can be found in household items in medicines and cleaning solutions, the most common form of this substance is the ethanol found in beer, wine, and hard liquor. This is a central nervous system (CNS) depressant, which lowers inhibitions and creates a sense of calm, even euphoria, in users. Because alcohol relaxes the person imbibing it, it can be very easy to drink too much. A practice known as binge drinking is defined as consuming more than five servings of alcohol in two hours. In addition, dependence and addiction can form easily, where individuals feel they need alcohol to feel good, normal, or happy.

According to the National Institute on Alcohol Abuse and Alcoholism, 7.2 percent of US adults (ages 18 or older) struggled with an alcohol use disorder in 2012. People with this disorder compulsively drink alcohol during times of stress, typically drink too much or more than intended, and are unable to stop drinking despite the desire to do so. They are often sick from drinking too much, which can interfere with work, school, or social events, and sometimes choose to drink rather than involve themselves in social activities or work. The Centers for Disease Control found that one in six adults in the United States binge drinks or problem drinks about four times per month, with adults aged 18-34 binge drinking the most often.

These are some of the most commonly prescribed anti-anxiety medications in the US today. Benzodiazepines have been incredibly popular since their introduction to the general public as prescription medications in 1957. Benzodiazepines are also called tranquilizers, although they are distinct from barbiturates, which are another addictive prescription substance. Benzodiazepines are used to help people suffering from a variety of disorders, ranging from anxiety disorder to seizures to alcohol withdrawal. They act on the central nervous system as a depressant, much the way alcohol works on the brain, and they induce a sense of satisfaction and relaxation in the user. 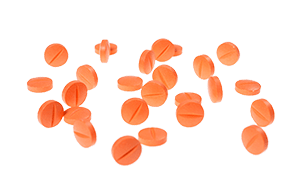 Like other addictive substances, benzodiazepines cause a surge of dopamine that can cause lasting changes in the risk/reward system in the brain, leading to addiction. Benzodiazepine abuse is often seen in combination with use of other drugs, typically alcohol or opioid painkillers; these substances can enhance the effects of the benzodiazepine drug and vice versa. When drugs’ effects are compounded in this way, it becomes much more likely that the person using these drugs together will experience an overdose.

Prefer getting help via text?
We're available 24/7 via text message. Signup below for access to our team when its convenient for you!
and many more...
✕
Instantly Check Your Insurance Coverage
Your information is safe & secure
At Recovery First, we accept most types of private (non-government) insurance and offer a variety of payment options.
You can quickly and privately check your insurance benefits to see if you're covered for addiction treatment services. We’ll be able to tell you if your provider is in network with Recovery First Treatment Center and all American Addiction Centers locations.
This means your treatment may be FREE1 depending on your policy, copay, and deductible.
Start Your RecoveryThe first step toward recovery is always the hardest. We're here to help.