What Are Cocaine Withdrawal Symptoms?

The central nervous system stimulant cocaine (benzoylmethylecgonine) is extracted and processed from the leaves of the coca plant, which is indigenous to Central and South America. Cocaine has a deserved reputation for being a significant and dangerous drug of abuse, but it was originally presented as a drug that had significant medical uses. It still does retain some restricted medical uses, mostly as a local anesthetic, and is listed under the Schedule II controlled substance category by the United States Drug Enforcement Administration (DEA).

Cocaine abuse became extremely popular in the latter half of the 1900s, but its recreational use has declined significantly due to numerous reasons, including education about its dangers, strict legal penalties for people who possess even small amounts of the drug, and the rising popularity of the abuse of other types of drugs such as other stimulants (e.g., methamphetamine), other illicit drugs (e.g., the return of the popularity of heroin), and prescription medications.

The most popular method of ingesting cocaine is by grinding up the drug into a powder and snorting it, but people can also smoke the drug in various forms, mix it with water or some other liquid and inject it, and even take it orally. The drug produces a very rapid rush of euphoria, heightened energy and awareness, increased talkativeness, decreased appetite, and a decreased need for sleep.

The development of physical dependence on any substance is characterized by the person demonstrating a withdrawal syndrome when they stop using their drug of choice or cannot get enough of it. Physical dependence occurs as a result of a person first developing some level of tolerance to the drug, indicating that the person’s system has altered various aspects of its functioning to account for the presence of the drug, resulting in the person needing more of the drug to feel its effects, and later development of a withdrawal syndrome. 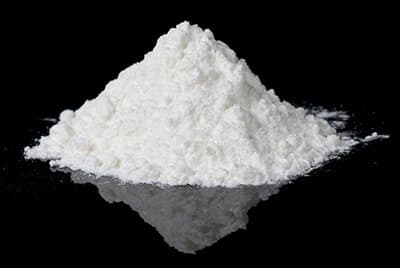 In reality, all of the symptoms that occur as a result of withdrawal syndrome are based on the physical process that occurs when a drug is metabolized in the system and then the body eliminates the drug from the system, often referred to as detoxification. The physical process of eliminating the drug from the system reduces levels of the drug and leads to a state of imbalance in the system. This state of imbalance results in the withdrawal symptoms the person experiences. Thus, all withdrawal symptoms have a physical basis, and all withdrawals symptoms are associated with changes in emotions or psychological wellbeing.

In order for any withdrawal symptoms to appear, there must be a decrease of the concentration of the drug in the system. The decrease in this concentration must be significant enough to result in a state of imbalance. This means that the drug will first reach its highest concentration in the bloodstream (peak plasma level) and then begin to dissipate due to normal metabolism. If the person continues to use the drug, high levels will remain in the system, and the person will not experience withdrawal; when they stop using the drug, levels will decline due to the normal process of metabolism.

Peak plasma levels associated with cocaine depend on the method of its administration.

Stimulants like cocaine typically have short half-lives (the amount of time it takes the system to reduce the concentration of the drug by half). Cocaine has an extremely short half-life and may not be detectable in a person’s urine after 24–48 hours following discontinuation. Other metabolites (smaller compounds that are produced when the liver begins to break down a substance) may be detected for longer periods of time.

The development of a withdrawal syndrome occurs when the levels of cocaine in the bloodstream have been reduced to such a significant point that the system becomes imbalanced. This particular time period will vary from individual to individual, and it may even demonstrate significant variability within the same individual. There are various factors that can influence the onset of a withdrawal syndrome associated with cocaine use.

Specific related to the person’s use influence withdrawal. These include:

Chronic use of cocaine results in a massive release of certain neurotransmitters in the brain when the drug is being used (e.g., dopamine and norepinephrine), and then a depletion of the availability of these neurotransmitters after the person stops using the drug. When the abuse of cocaine was reaching its peak in the mid-1980s, research defined a specific progression of the withdrawal syndrome associated with chronic cocaine abusers. This withdrawal symdrome includes three stages: a crash, a withdrawal phase, and an extinction phase.

The first stage of the withdrawal syndrome is described as a crash. During this initial crash stage, people experience the acute effects of the massive depletion of the neurotransmitters that were released as result of their drug use. This leads to a severe imbalance in the system and results in the symptoms associated with this stage.

The initial symptoms associated with the crash may last for several hours to several days depending on the person. The symptoms can be quite variable from person to person, but include some or all of the following:

In the second phase, the withdrawal phase, the symptoms are typically less severe and consist of intermittent cravings to use cocaine, periods of fatigue, periods of irritability or nervousness, depression, increased sensitivity to stress, problems with attention, difficulty concentrating, and difficulty learning new information. The withdrawal phase can be quite prolonged in some individuals and may last from a week to 10 weeks or more. Typically, the withdrawal phase is distinguished from the crash phase by a marked reduction in the intensity of the initial symptoms, but a longer period of lingering symptoms.

In the final phase, the extinction phase, the person remains vulnerable to stress and other triggers that can induce cravings for cocaine, but the formal symptoms that have been experienced in the previous phases have remitted. Individuals in this phase may experience very intermittent issues with depressive symptoms and anxiety, but the symptoms are significantly reduced in intensity compared to the previous two phases. Cravings may continue to occur for months and even years following the formal withdrawal phase, but will become less intense and less frequent if the person develops a program of relapse prevention.

The above model is simply a guideline to the type symptom progression a person with a chronic stimulant use disorder will most likely experience. In reality, research has indicated that many these stages are not as discrete as they appear in the model. Individuals who are recovering from chronic cocaine abuse may experience very intense withdrawal symptoms initially, a later reduction in the symptoms, and then alterations between very intense cravings and periods where they can manage their cravings without significant effort. Depression, anxiety, and other issues with mood often appear to wax and wane over the course of an individual’s recovery.

Individuals with a history of chronic substance use disorders are always at an increased risk for relapse. Many individuals recovering from chronic cocaine abuse may find themselves alternating between periods of abstinence, relapse and binges, complete abstinence for a while, and then issues with relapse.

Although the actual withdrawal syndrome associated with cocaine abuse is not generally considered to be potentially dangerous, some of the symptoms can place individuals at risk. For instance, people who become dehydrated as a result of significant appetite loss, depression, or lethargy are at risk for serious health issues. Individuals who are emotionally distraught due to depression, apathy, or anxiety are at risk for harm due to poor decision-making or even suicidal ideations.

It is generally recommended that individuals who are attempting to recover from chronic cocaine usage become involved in a formal substance use disorder treatment program to assist them. The formal recovery program should include some form of withdrawal management, or medical detox.

The withdrawal management or medical detox portion of a recovery program helps the individual in the initial stages of their recovery. According to professional sources such as the American Society of Addiction Medicine (ASAM), the largest organization of physicians who specialize in treating addictions, there are certain things to be considered.

There are no specific medications that have been formally approved to treat the withdrawal syndrome associated with cocaine abuse or any other type of stimulant abuse. Instead, the protocol typically uses what can be best described as a symptom management approach.

The physician will attempt to manage the specific symptoms that occur to the individual. Cravings can be addressed with the use of certain medications, but the long-term treatment approach to dealing with cravings is best achieved by behavioral methods, such as substance use disorder therapy. Medications can be given to help people who are feeling uneasy, jittery, or lethargic, and who have issues with sleep.

Finally, the treatment of the withdrawal syndrome is only the very beginning of an individual’s recovery program. According to ASAM and other sources, individuals who do not engage in comprehensive treatment following medical detox relapse at rates that approach 100%. Relapse rates are high even in individuals who are in structured treatment programs. The recovery from a substance use disorder is a long-term endeavor, and simply getting through the withdrawal syndrome is not sufficient for a successful long-term recovery.