Cocaine is a stimulant drug with a high potential for misuse, and, like many other drugs, is an addictive substance.1 There are several ways that a person can use cocaine, with each method of use producing different, unsafe side effects and associated health risks.2

This article will highlight what cocaine is, the common ways cocaine is used, the health risks of cocaine use, and how to get help for this type of misuse and addiction.

How Is Cocaine Used? 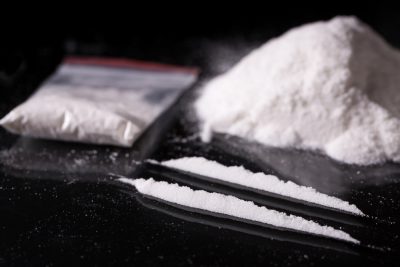 Regardless of the method in which people use cocaine, they can experience short-term effects that can include:4

People can also experience adverse psychological symptoms and effects from all types of cocaine use. For example, people who use cocaine may experience restlessness, irritable mood, anxiety, fear, and paranoia.4 Cocaine can also cause severe physical complications when misused, such as cardiac complications, as well as seizures, stroke, coma, and gastrointestinal complications.4,5

The types and severity of one’s potential health problems can depend on many factors, including the frequency and the amount of cocaine being misused. The method of use itself plays a significant role in the potential outcome of one’s continued cocaine use.

The most common method of cocaine use is intranasal use, which is commonly referred to as “snorting”. To snort cocaine, it must be in cocaine powder form so that it can be absorbed through the nasal tissues.3 When someone uses cocaine intranasally, the euphoric effects of cocaine may last anywhere from 15 to 30 minutes.2 These effects appear slower and are less intense compared to other methods of administration, such as smoking or intravenous injection.6

To smoke or inhale cocaine, it must be in a crystallized rock form, known as crack cocaine (also referred to as “freebase cocaine”).2 Heat is applied to the crystallized rock to produce vapors that are inhaled.2 Smoking crack cocaine results in the drug reaching the brain extremely fast, usually within seconds.6 The levels of crack cocaine in the blood are highest around 1–5 minutes following inhalation.5 The high that is experienced is relatively brief, lasting approximately 5–10 minutes.2

Smoking cocaine can produce a variety of negative health effects, including:2,7

When a person injects cocaine, they mix the powder form with water to dissolve the powder and create a liquid, which can then be administered intravenously.3 Like smoking, cocaine reaches the brain quickly when intravenously injected, and peak levels are reached about 1–5 minutes following injection.5,6

There are numerous health effects of injecting cocaine, including:2,8

Although ingesting cocaine occurs less often than other administration methods, a person can orally ingest cocaine in a few ways, including swallowing it, rubbing the powder form of cocaine on the gums, or placing it under the tongue.9 Cocaine levels in the body are highest around 1–1.5 hours following oral ingestion.5

Getting Help for Cocaine Use 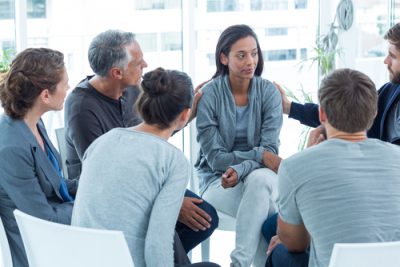 If you think you or a loved one need help for cocaine misuse or addiction, our inpatient facility can help you get the care you need. To gather more information about the treatment admissions process, paying for addiction treatment, and your insurance coverage, call Recovery First at . We will answer all of your questions and connect you with a compassionate admissions navigator who can help get you started on the road to recovery.

Have your insurance verified right now by filling out our secure

cocaineingestionsnorting
Prefer getting help via text?
We're available 24/7 via text message. Signup below for access to our team when its convenient for you!
and many more...
Next Steps & ResourcesFind help & resources or learn more about Recovery First.