Cocaine is a central nervous stimulant that produces short-term pleasurable effects; however, there are many adverse effects of cocaine.1 This page will discuss the general short and long-term health risks of cocaine use, as well as the specific risks to the brain, heart, lungs, skin, and gastrointestinal system.

Short and Long-Term Effects of Cocaine 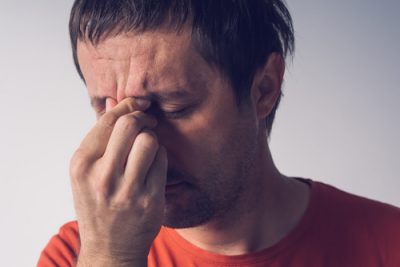 Cocaine use yields a desirable, but fleeting, sense of euphoria, a boost of energy, and inflation of self-esteem.1,2 Additionally, while someone is experiencing the short-term effects of cocaine, they may suffer:1,2

Those who chronically use cocaine put themselves at risk of long-lasting mental and physical health effects. Long-term cocaine use can lead to:2

Cocaine’s Effects on the Brain

Cocaine use can impact the brain in numerous ways and contribute to cognitive problems that include:2

Changes in the brain also result in a lack of insight related to one’s cocaine use or addiction and the related consequences. As use progresses, the brain’s circuits involved in regulating stress become increasingly sensitive, leading to an increase in negative moods when not taking the drug, and the brain’s reward pathways become less sensitive to natural reinforcers, such as food and relationships.3

Cognitive impairments may persist for at least several months following abstinence, particularly with long-term use.3,4

Cocaine’s effects on cognition are serious, but the drug’s impact on mental health are also concerning for both the individual and their loved ones. The mental health effects of cocaine include a wide range of symptoms influencing moods and behaviors, such as:5,6

The longer a person frequently uses cocaine, the greater the likelihood that these symptoms of mental health will be experienced and grow in intensity, potentially causing significant problems in an individual’s ability to function in daily life.5 Frequent use of cocaine is associated with lower quality sleep and greater intensity of depressive symptoms.5,7

Cocaine withdrawal also impacts a person’s mood and mental health. Withdrawal is likely to be more severe the longer a person uses cocaine. Withdrawal can induce many negative mental health states including apathy, depressed mood, suicidal ideation, and a condition known as anhedonia, which is an inability to feel pleasure.6

What are the Effects of Cocaine on the Heart (Cardiovascular System)?

The unwanted effects of cocaine use do not stop with the associated cognitive or mental health problems. Cocaine impacts many areas of the body, and its effects on the cardiovascular system are particularly damaging.8

Even in young and healthy people, using cocaine—both short-term and long-term, chronic use—may lead to: 4,9

This is due to the fact that cocaine can increase blood pressure while at the same time causing the heart to beat faster or in an irregular rhythm.2,4

Using alcohol or tobacco with cocaine, or having a history of diabetes or hypertension, increases the risk a person will experience acute or chronic cardiovascular complications from cocaine use.9

Most strokes occur within 6-24 hours of using cocaine. Blood flow to the brain decreases after only a single dose of cocaine. Smoking crack cocaine carries with it a higher risk of stroke compared to snorting cocaine.4

Cocaine use constricts or narrows the body’s blood vessels (i.e. vasoconstriction), which slows or blocks blood flow throughout the body. The drug also damages the protective properties of the tissue that lines blood vessels and the heart itself. The resulting stress on these vessels can occur throughout the body and at any time during cocaine use may cause vessels to rupture or induce the formation of blood clots.8

Chronic cocaine use leads to repeatedly damaging the blood vessels through vasoconstriction and damage of the protective tissue of the cardiovascular system. Studies have shown this leads to the premature and severe formation of plaque in the vessels that feed various organs. This includes the carotid arteries that provide blood to the brain, and studies have confirmed that decreased blood flow to the brain occurs in chronic users which suggests an increased risk of stroke.8,10

Cocaine use triggers inflammation in the body, and chronic cocaine use is linked to an increased risk of dilated cardiomyopathy, a condition in which the heart chamber enlarges and loses the ability to pump blood effectively. This can lead to serious problems including heart valve dysfunction and heart failure.9,11

Using cocaine, especially injecting it, is associated with the risk of endocarditis, an infection of the heart lining. Risk factors for the development of endocarditis among cocaine users include:12

The Effects of Cocaine on the Nose & Lungs (Respiratory System) 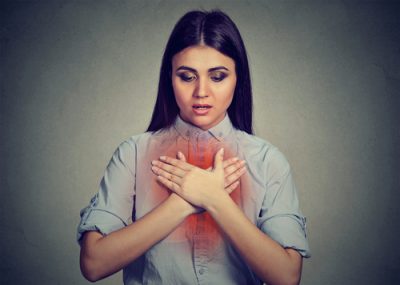 There is a lengthy list of negative effects that cocaine can have on the respiratory system, and many of these risks arise as a result of inhaling it. Cocaine can be inhaled through the nose (e.g., “snorting”) as well as smoked in freebase form, or crack cocaine.

Both snorting and smoking can have a significantly negative impact on this system, through both direct contact throughout the respiratory tract, and/or as a result of the drug’s effects on the blood vessels.4

Effects of Smoking or Inhaling Cocaine

Inhaling cocaine, and particularly the use of crack cocaine can cause:4

People who smoke cocaine (free base or crack) may also be at increased risk of lung cancer, especially when smoked in conjunction with tobacco.13

What are the Risks of Snorting Cocaine?

Injecting cocaine intravenously is also linked with damage to the respiratory system, including:15,16 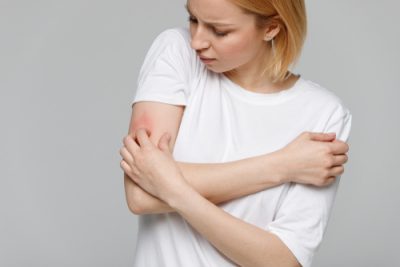 Like other major systems of the body, cocaine use is damaging to a person’s skin. Cocaine is often mixed or “cut” with other substances called adulterants.4 Approximately 70% of illicit cocaine in the U.S. is contaminated with levamisole, an antiparasitic drug used in veterinary medicine. Snorting and smoking levamisole-contaminated cocaine can induce vasculitis resulting in skin and soft tissue problems including necrosis (tissue death).17

When people inject cocaine with a needle, they risk scarring and infections of their skin. People who smoke cocaine put themselves at risk for burns and cuts over various parts of their body. Fingers, lips, nose, eyebrows, and other parts of the face become may be scorched, singed, or charred from hot fumes or direct contact with the lighter or pipe. Burns and cuts on the hands may result from holding broken pipes.14,18

The final aspect of cocaine’s effects on the skin is an indirect effect of cocaine’s impact on a person’s mental health. Some cocaine users may experience a specific form of hallucination called “cocaine bugs” or “formication,” in which the person feels that bugs or worms are crawling on or under their skin. This may lead to scratching, picking, and poking at the skin, resulting in wounds, scabs, and scars.19

Other Harmful Effects of Cocaine

Cocaine’s influence extends to nearly all major systems in the body. The gastrointestinal (GI) system, the kidneys, and the reproductive system can all also be impacted by cocaine. Abuse of cocaine use also increases the risk of infectious disease transmission.

What are the Effects of Cocaine on the Stomach (GI System)?

The stomach and digestive tract may also be impacted by cocaine use. People who abuse cocaine sometimes experience gastrointestinal issues that include:20,21

Intestinal gangrene and perforation are considered medical emergencies and may require immediate medical invention to correct.21

Does Cocaine Cause Kidney Problems?

As many as 30% of cocaine users who visit the emergency room have signs and symptoms of a life-threatening condition called rhabdomyolysis.22

Rhabdomyolysis involves the breakdown of muscle causing a release of a protein called myoglobin into the bloodstream, which the kidneys then have to remove from the blood. If the kidneys are unable to do this quickly enough, the result can be kidney failure and death.23 Up to 1/3 of patients who suffer from rhabdomyolysis will develop kidney failure.4

Cocaine’s intense vasoconstriction may also result in renal failure as a result of quickly rising blood pressure and/or an obstruction of blood supply to the kidneys.4

Cocaine’s Impact on Sexual Health and the Reproductive System

Sexual and reproductive health may be negatively affected by cocaine use, even though some people see cocaine and other stimulants as aphrodisiacs.4 People who use cocaine long-term may experience:4

Risk of Infectious Disease Transmission Via Cocaine Use

Drug use decreases a person’s judgment, increases impulsivity, and impairs healthy decision-making. These effects result in an increased risk of infectious disease, regardless of the method of use. 2

While under the influence of cocaine or in an attempt to acquire more of the substance, a person may be more inclined to engage in risky sexual behavior. This pattern could increase the danger of contracting sexually transmitted diseases like HIV and hepatitis C.2

Injecting cocaine is a known risk factor for HIV and hepatitis C disease transmission. When people share paraphernalia or use dirty needles that contain bloodborne pathogens, they may spread the disease unknowingly.2,24 Injection drug users who also smoke crack cocaine are at an even higher risk of HIV infection.25 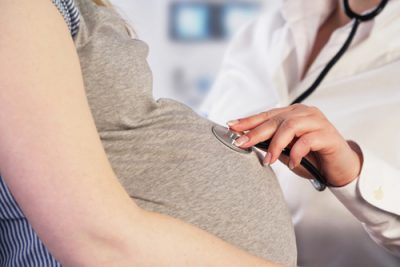 According to the National Institute on Drug Abuse, about 750,000 women use cocaine while pregnant each year.2 Prenatal cocaine use endangers the health of the baby and the mother simultaneously.

A major concern related to cocaine use during pregnancy is a potential reluctance on the mother’s part to seek ongoing and preventative prenatal care for fear of judgment on the part of medical professionals or punitive action by Child Protective Services. Unfortunately, without the care and guidance of specialists, the health and well-being of the mother and child are threatened.2

Risks of cocaine use during pregnancy include:2

Babies who were exposed to cocaine in-utero may have lower birth weight, may be shorter, and may have smaller head circumferences than babies who were not exposed to cocaine. They may also struggle with some behavioral and cognitive problems later in life, including issues with self-regulation, difficulty paying attention, and subtle problems with language and memory.2

Clearly, the long-term risks of cocaine use far outweigh the immediate benefit of the short-term high. If you’re ready to regain your health and create a better outlook for your future, we can help you. Call us to talk confidentially now at .

If you or someone you love are looking for drug rehab near Miami, Florida, then Recovery First may be right for you. Call us today to begin the admissions process, learn about the different levels of addiction treatment, discuss how to use insurance to pay for addiction treatment, or explore other ways to pay for rehab. You can also verify your insurance coverage by using the . 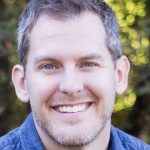 cocainecocaine useside effects
Prefer getting help via text?
We're available 24/7 via text message. Signup below for access to our team when its convenient for you!
and many more...
Next Steps & ResourcesFind help & resources or learn more about Recovery First.