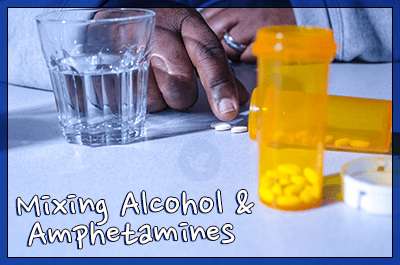 An amphetamine is a potent medication that have a stimulant effect on the central nervous system. The trade names of drugs classified as amphetamines include the familiar drugs Adderall, Dexedrine, and Vyvanse as well as numerous generic drugs. Amphetamines have several medicinal uses that include:

When used under the supervision of a physician and for therapeutic reasons, amphetamines can promote attention control, reduce hyperactivity, reduce daytime sleepiness associated with narcolepsy, and curb appetite. They also have side effects of producing mild to intense levels of euphoria or feelings of wellbeing, increased wakefulness, obvious stimulating effects, and appetite reduction. In high doses, numerous side effects can occur, including issues with psychosis, cardiovascular effects, and even seizures.

Individuals who use amphetamines illicitly or for recreational purposes typically use much larger doses than the doses that are prescribed for therapeutic uses, and this results in the potential for more serious side effects. Amphetamines are classified as Schedule II controlled substances by the Drug Enforcement Administration (DEA). 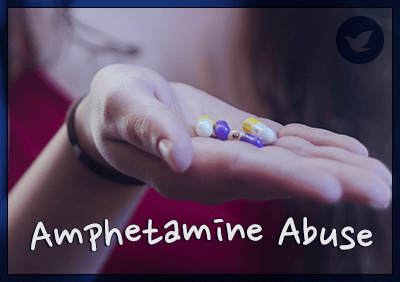 Individuals who develop abuse issues with amphetamines would be diagnosed with a stimulant use disorder. According to the American Psychiatric Association (APA), the prevalence of stimulant use disorders as a result of amphetamine abuse is 0.2 percent among individuals over the age of 12. The prevalence rates are generally the same for individuals between the ages of 12 and 17, and those over age 18. However, the prevalence in females between the ages of 12 and 17 is higher (0.3 percent) than it is for males in any age group (0.1 percent).

According to SAMHSA, in 2015, 175.8 million people over the age of 12 admitted to drinking alcohol, and 15.1 million people met the diagnostic criteria for an alcohol use disorder. 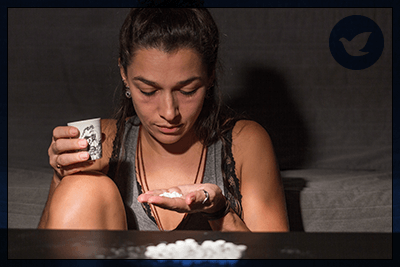 Other data indicates that among the estimated 175.8 million people aged 12 or older who reported consuming alcohol, 4.9 million also reported that they also misused any type of a prescription stimulant (2.8 percent of past-year alcohol users). Data collected by SAMHSA between 1999 and 2008 indicated that there was a 76 percent increase in overdose cases admitted to emergency departments and involved the use of alcohol and prescription medications. A research article published in the Journal of Studies on Alcohol that focused on college students (sample size slightly over 4,500) indicated that about 4 percent of the sample had simultaneously used alcohol in conjunction with stimulant medications like amphetamines.

Data collected by APA, SAMHSA, and other organizations has consistently indicated that the most common substance abused in conjunction with other types of drugs is alcohol. Use of alcohol with any type of prescription medication or illicit drug results in a number of potentially unsafe situations. Nearly every prescription medication warns that the medication is not to be used with alcohol yet many individuals ignore the risks and continue to use alcohol in conjunction with other medications or potential drugs of abuse.

The Dangers of Mixing Amphetamines and Alcohol

Other issues that can result from chronic use of alcohol and amphetamines include significant losses in productivity at work or school, significant damage to personal relationships, and significant financial issues.

The serious effects that can occur as a result of combining amphetamines and alcohol are not necessarily the result of chronic abuse. For example, an article reported in the Journal of the American Board of Family Medicine presented the case of a healthy, 20-year-old college student who had been taking the prescription medication Adderall for ADHD. The individual combined the Adderall with alcohol on one occasion and suffered a significant heart attack. While such events are certainly rare, there is no way to predict who will develop severe adverse effects as a result of combining a serious controlled substance like an amphetamine with alcohol on even one occasion. The safest approach is to avoid combining these drugs at all.

alcoholmixing
Prefer getting help via text?
We're available 24/7 via text message. Signup below for access to our team when its convenient for you!
and many more...
✕
Instantly Check Your Insurance Coverage
Your information is safe & secure
At Recovery First, we accept most types of private (non-government) insurance and offer a variety of payment options.
You can quickly and privately check your insurance benefits to see if you're covered for addiction treatment services. We’ll be able to tell you if your provider is in network with Recovery First Treatment Center and all American Addiction Centers locations.
This means your treatment may be FREE1 depending on your policy, copay, and deductible.
Start Your RecoveryThe first step toward recovery is always the hardest. We're here to help.