Group and Individual Therapy: What Are the Benefits?

The largest organization of professional psychologists in the United States, the American Psychological Association (APA), defines psychotherapy as the application of clinical techniques that are developed from psychological principles that are used to help people adjust or change their patterns of thinking, feeling, and behaving. Therapy (psychotherapy) is a formal intervention that relies on trained therapists to utilize techniques that are based on psychological principles to help people address their problems or reach certain goals. 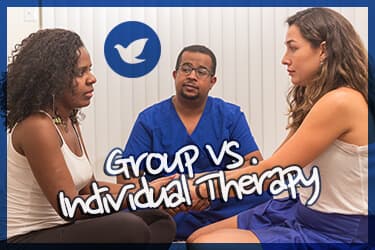 Based on the formal definition of psychotherapy, it is clear that this intervention requires at least one formally trained therapist, at least one client, and the collaboration of the therapist and client working together toward some set of goals. Certain types of group and individual interventions would not meet the definition for formal psychotherapy. These would include mentoring (unless the mentor is a formally trained psychotherapist), support groups (e.g., 12-Step groupsor other self-help groups), exercise or yoga interventions aimed at treating psychological issues, numerous complementary and alternative types of therapies like art therapy, seeking advice from friends or peers, and other non-formal types of interventions. People may find that these interventions have a therapeutic benefit to them, such as exercising to relieve stress; however, they are not delivered by formally trained psychotherapists and they often do not utilize psychological principles (although some of these techniques may utilize certain aspects of psychological principles).

According to the book The History of Psychotherapy: Continuity and Change, the actual use of the term psychotherapy was derived in the 1800s from an English psychiatrist, Dr. Walter C. Dendy who used a talking approach to address issues faced by his patients. Dr. Dendy termed this approach psychotherapeia, which eventually became known as psychotherapy.

Group psychotherapy was most likely first practiced by a physician, Dr. J. H. Pratt, who attempted to instruct groups of people about aspects of caring for issues associated with tuberculosis. Pratt noticed that his groups developed their own circumscribed support systems and learned more efficiently than people trained individually. He began actually referring to these educational groups as group psychotherapy sessions. Following World War II, veterans were often treated in groups, and group psychotherapy became popularized. 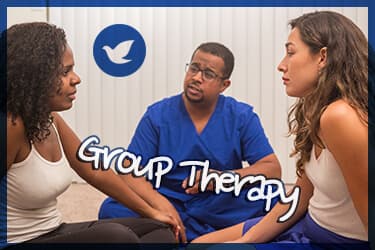 Performing therapy to groups of individuals is associated with numerous advantages that benefit both the therapist providing the intervention and the people in the groups. Many of these advantages are the result of group processes that allow individuals and groups to benefit from working together. Group therapy is not generally considered to be superior to individual psychotherapy, and likewise, individual therapy is not generally considered to be superior to group therapy, but there are certain advantages to group therapy that can facilitate numerous healing processes. However, when groups are too large these benefits may not be accrued. The size of the group that is associated with the most effective treatment outcomes ranges from six to 12 members; however, some groups may have more than 20 members in them.

There are some important advantages of individual therapy, such as:

There are some disadvantages associated with individual therapy sessions, such as:

Which Is Better: Group Therapy or Individual Therapy?

The choice between individual and group therapy often occurs once an individual has had an initial session with a therapist to discuss their particular issues, and the therapist has assessed their situation. The therapist and individual can decide together on which approach would be best for the person.

Things to be considered include the size of the group, if one wants to share their problems with others, and how much personal attention one feels they need from the therapist in order for them to improve. In many cases, individuals can participate in both group and individual therapy sessions. This allows for the client to reap the benefits of both types of therapy.

grouptherapy
Help is a Phone Call Away
Please don't suffer with substance abuse thinking no one cares. We care and want to help you get back to the life you deserve.
Get the Info & Help You NeedWe're open across the US. Learn about your options.