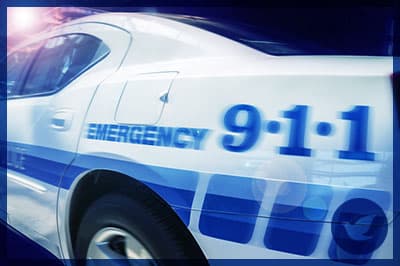 When most people imagine a first responder, they may imagine an ambulance with medical professionals aboard, a police unit, firefighters, or the Federal Emergency Management Agency (FEMA). Of course, these professionals are first responders, but in the United States, there are dozens more people in career fields considered first response. Some of these careers include animal control officers, air marshals, campus security officers, ATF agents, DEA agents, court officers, park rangers, members of the Red Cross, or members of the military.

First responders are the first to arrive at the scene of a crisis: a crime, accident, terrorist attack, or natural disaster. Their primary job is to prevent and mitigate harm to people, property, and pets using their skills. However, the nature of a first responder’s job means that they are more likely to suffer trauma than the general population. Until recently, many people – including medical professionals, therapists, and first responders themselves – believed that people who entered a first response career were more resilient than the average civilian. Very recently, however, many are beginning to understand ways in which first responders cope with trauma, post-traumatic stress disorder (PTSD), depression, and other mental health issues. Unfortunately, one of the ways that many first responders cope with the intensity of their jobs is through substance abuse.

Those who work as first responders experience acute stress through their jobs and suffer trauma due to that acute stress. Many first responders are also likely to experience secondary trauma by experiencing the trauma of victims of the crime or disaster. Caring for those experiencing a crisis involves both physical and emotional work, which can take a toll on the body and mind together.

Psychologists understand first responder mental health in terms of professional trauma or the threat, whether actual or perceived, to oneself or others in the environment. This emotional perception and experience involves a sense of helplessness, which leads one to perceive the event as traumatic when evaluating it later. While the average person may experience a few traumatic events over the course of their life, first responders experience these events every day, as part of their career. This rapid buildup of stress over time has serious mental and physical health consequences for these professionals.

PTSD is one of the most widespread mental health problems among first responders. There is a roughly 7 percent prevalence of PTSD among the general population of American adults, but first responders are much more likely to develop this behavioral challenge. Those who have developed PTSD are three times more likely to develop metabolic conditions like:

First responders struggling with untreated acute and chronic stress issues are also more likely to develop other chronic health issues, such as:

First responders may develop PTSD or other trauma-related mental health problems through forms of stress specific to their work. Some of these include:

The growing understanding of first responders’ trauma and its impact on their health has highlighted certain personality traits of many first responders. They are used to being caregivers and not used to being taken care of; those who need help are less likely to seek it, through a combination of their own personal feelings about needing care and a culture of reinforcing toughness. First responders are also more likely to be “adrenaline junkies,” or people who enjoy performing well in a high-stress situation. They may also be “Type A” personalities, meaning they are more competitive and impatient and have a sense of urgency about everyday life.

The personalities attracted to first responder careers, and the culture in those career fields, reinforce the need to pretend that everything is okay. However, this attitude prevents first responders from getting the healthcare they need, including mental and behavioral healthcare. This can make problems like substance abuse much worse over time.

First Responders Are at Greater Risk for Substance Abuse Problems

Mental health problems and substance abuse are closely tied together. The Substance Abuse and Mental Health Services Administration (SAMHSA) reported that, in 2014, about 7.9 million American adults ages 18 and older had co-occurring disorders, or both a mental health condition and a substance use disorder. The National Alliance on Mental Illnesses (NAMI) reported that about one-third of all people who experience mental illness, like anxiety or depression, abuse substances; about one-half of those with severe mental illnesses, like bipolar disorder and schizophrenia, struggle with substance abuse.

Because first responders are more likely than the general population to develop PTSD, depression, and other mental health issues due to their stressful jobs, they are consequently at greater risk of developing a co-occurring substance use disorder. One report found that 25 percent of first responders suffered from a form of substance abuse, including alcohol use disorder, prescription drug abuse, and illicit drug abuse.

An article in the Carolina Fire Journal noted that people who are employed, in any occupation, consume 75 percent of illegal drugs, and 10 percent of that consumption occurs on the job. Half of the problem involves alcohol, which is legal for adults but habit-forming, and it dangerously lowers cognitive and physical abilities. First responders and public safety workers are likely to abuse alcohol more than other drugs, which is true of the general adult population in the United States. Over 9 percent of firefighters surveyed, for example, reported heavy drinking in the past month (defined as more than seven alcoholic beverages in one week). Among firefighters, alcohol consumption is roughly twice that of the national average; however, firefighters and law enforcement officers were less likely than the general population to consume illegal drugs, with 1.5 percent reporting use of illegal substances in the past month. 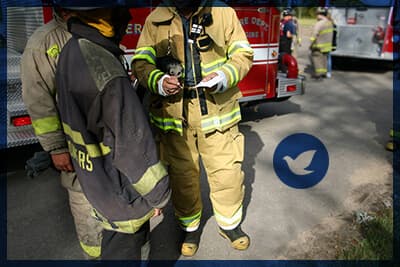 Mobilizing therapists and case managers to help first responders immediately after they intervene in a crisis can be one step to ensuring that this group receives the mental and behavioral health interventions they need to avoid severe mental illness and substance abuse. Also, using existing healthcare avenues, including insurance, Employee Assistance Programs, and Labor & Industries (L&I) assistance, for treatment can help to prevent long-term problems. The TIM Network offers useful resources for first responders, their family, and friends, helping them to see signs of behavioral health problems and how to solve them; resources include information on seeking help and self-care for first responders.

first responderstreatment
Help is a Phone Call Away
Please don't suffer with substance abuse thinking no one cares. We care and want to help you get back to the life you deserve.
Get the Info & Help You NeedWe're open across the US. Learn about your options.