Crystal meth is a form of methamphetamine—a powerful and addictive stimulant drug. One of the most common ways to use crystal meth is to inject it intravenously, or with a needle in a vein. This is often referred to as “shooting up.”1

Several potential dangers accompany crystal meth use. Additional risks may present depending on how someone chooses to use this drug and how much of it they use.1

When someone chooses to use crystal meth by shooting up, they may experience not only a rapid onset of the potent stimulant effects of the drug but also an increased risk of adverse health effects, some of which may be life-threatening.2,3

Health Risks of Intravenous Meth Use 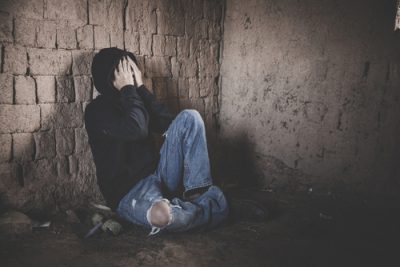 Prior to being injected, crystalline or powdered forms of meth may first need to be crushed and dissolved into a liquid solution.4 Shooting up meth may result in a variety of complications, such as:1, 2,5

When someone uses crystal meth in any form, they experience a rapid release of dopamine in key reward centers of the brain. Dopamine is a naturally occurring brain signaling molecule. Dopamine release is involved with several important brain processes, including those related to motivation, movement, emotions, memories, and the reinforcement of rewarding behaviors.1

Unlike what occurs after swallowing a pill, when someone uses meth through a needle, their body does not need to slowly absorb it through the digestive tract or circulate the drug through the liver before it enters the general bloodstream. Instead, meth used intravenously quickly enters the bloodstream where it is instantly delivered to the brain, making for an intensely amplified euphoric high that reinforces its abuse potential.5 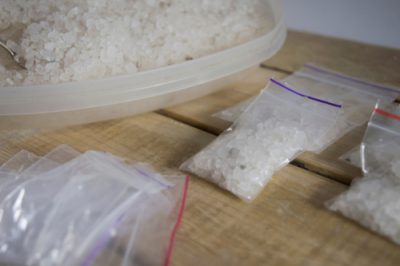 Some signs of intravenous meth use include scarring or track marks and the presence of paraphernalia, like syringes.6 When someone is high on meth, their mood may change quickly and sometimes they may exhibit immense volatility and anger.8

Other potential signs of any form of methamphetamine use include:1,8

To know whether a person is actually shooting crystal meth or injecting methamphetamine in any form, it is best to consult a medical professional. While discussing the signs of drug abuse, a medical or clinical professional will offer the most informed diagnoses and treatment recommendations.

How Meth Affects the Brain and Body

Methamphetamine is a psychoactive drug, meaning that its use results in mind-altering effects.9 To shed light on why someone may begin to compulsively use methamphetamine, whether by injecting, swallowing, smoking, or snorting meth, it helps to first understand how meth affects a person’s brain and body.

People commonly use meth in a “binge and crash pattern”. Since the intense high of meth subsides relatively quickly, it is common for users to binge meth for many days before crashing.1

These are only the immediate effects. People who use meth repeatedly over a long period may suffer even more severe effects, such as disruptions to the blood-brain barrier, long-term damage to certain types of brain cells, and memory loss. 1,10 Studies have even found that meth can increase the overall amount of toxins in a person’s brain.10 Other long-term risks of methamphetamine use include extreme weight loss, severe dental health issues, skin problems, anxiety, paranoia, and addiction.1

If you or someone you love is abusing crystal meth, it may be time to seek treatment for a meth addiction, or stimulant use disorder.

When people quit stimulants like methamphetamine, they may experience unpleasant withdrawal symptoms that can complicate recovery efforts and make relapse more likely. While methamphetamine withdrawal symptoms don’t often present life-threatening risks such as those associated with alcohol and other central nervous system depressants,11 people may still benefit from the close supervision and medical/mental health support of a professional detox program.

One critical and often overlooked type of withdrawal symptom that may result from stimulant withdrawal is the risk of developing mood disturbances including a profound dysphoria. In some cases, such changes in mood may be associated with harmful behaviors such as relapse, self-injury, and even death by suicide.11

Recovery First provides detox, withdrawal management, and substance abuse treatment for those suffering from addiction to stimulants and/or other substances including alcohol, opioids, and benzodiazepines. We’re here for you to discuss your treatment options 24/7. Call us confidentially today at .

Laura Close is a Senior Web Content Editor at American Addiction Centers and an addiction content expert at Recovery First Treatment Center. She has a bachelor’s degree in English and has nearly a decade in professional editing experience that...Read More

inmeth
Ready to get started?
We're available 24/7 to answer questions and help you make decisions about starting recovery from drug use.
Next Steps & ResourcesFind recovery resources and treatment info.