Side Effects of Abusing Valium

Valium is the original brand name for a popular benzodiazepine medication diazepam. This is a long-acting benzodiazepine, and it is prescribed to treat a variety of conditions, including anxiety and panic disorders, alcohol withdrawal symptoms, muscle spasms, and some seizure disorders. Diazepam comes in pill form, and it can also be taken as an oral solution, injectable substance (typically in a hospital setting), and even as a gel. The drug has been a prescription medication to treat ailments since the 1960s, and it is a Schedule IV medication per the Drug Enforcement Administration (DEA).

How Is Valium Used Medically, and How Is It Abused?

This medication has a range of sedative/hypnotic qualities, and it can lead to a sense of relaxation that helps to reduce panic attacks, relax muscles, and stop or reduce seizures. Valium binds to the gamma-aminobutyric acid (GABA) receptors in place of the neurotransmitter, so transmissions between neurons are slowed. This can lead to a calm, floating, or even intoxicated feeling. Unfortunately, for some people, this sensation becomes addictive, and it can lead to Valium abuse.

In fact, some recent research suggests that Valium can trigger the brain’s reward system, which releases dopamine – another neurotransmitter that induces pleasure, happiness, and other good feelings. When a medication triggers the reward system, which is a primary symptom of addiction, this can be very problematic for people who receive Valium prescriptions, especially those who have struggled with other substance abuse issues in the past.

Since Valium is a prescription drug, it is designed to have some effects on the brain that help to ease anxiety or withdrawal symptoms. However, there are other potentially negative physical and psychological consequences to taking Valium, especially for longer than one month.

A few of the more common Valium side effects include:

Valium has a profound effect on the brain. For people who take this medication as prescribed, the majority of these effects involve reduced anxiety, panic attacks, insomnia, withdrawal symptoms, or seizures. However, for people who struggle with Valium abuse, there can be other mental, behavioral, or emotional side effects. Some of these include:

People who struggle with substance abuse problems, particularly alcohol use disorder, are at risk of developing an addiction to Valium or of having their original addiction triggered by the substance. Although Valium is one of the leading medicines prescribed to treat alcohol withdrawal symptoms, a study published on PubMed indicated that taking this medication could increase the consumption of and the craving for alcohol.

There is a potential for long-term abuse of Valium to induce encephalopathy, or organic brain disease. The consistent chemical changes to the brain over many years can lead to permanent cognitive problems, including changes in perception of oneself, one’s relationships, and the surrounding environment. 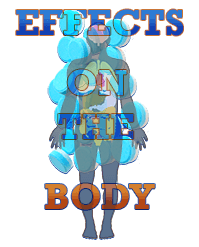 In some cases, people who have struggled with a long-term benzodiazepine addiction can experience benzodiazepine withdrawal syndrome (BWS). This cluster of symptoms consists of mostly more intense withdrawal symptoms, protracted for weeks or months. However, BWS has several other symptoms that can be physically dangerous, including:

Dependence on a substance, experiencing intoxication similar to being drunk, suffering side effects, or experiencing withdrawal symptoms when attempting to quit are all signs of addiction. However, there are behavioral changes that can indicate a potential Valium addiction too, which outside observers like friends and family should look for. Some of these include:

Getting Help for Valium Abuse

When a person decides to overcome their addiction to benzodiazepines like Valium, there are a few basic steps to take. First, find a doctor or rehabilitation program that can help with Valium withdrawal. This will most often involve tapering the size of the dose over weeks or months, which reduces the possibility of withdrawal symptoms, particular BWS. In other benzodiazepine tapering plans, Valium is sometimes substituted because it is such a long-acting benzodiazepine, so detoxing from Valium can take longer than from other short-acting benzodiazepines. However, it is a first important step to overcoming the addiction.

Once the individual has detoxed from Valium, or during the detox process, therapy will begin. Inpatient and outpatient programs, as well as Partial Hospitalization Programs, Intensive Outpatient Programs, sober living homes, and more are all viable treatment options. Typically, the type of rehabilitation program a person enters depends on their social support at home, their insurance coverage, their geographical location, their ability to stay away from sources of Valium or other intoxicating substances, and their philosophical preferences.

Regardless of which type of program a person enters, comprehensive rehabilitation programs are the best way to overcome an addiction and remain sober on a long-term basis. Rehabilitation offers social support and therapy, so the person will gain skills to deal with triggers or stress that might otherwise lead to relapse.

benzodiazepinesprescriptionsedativesside effectsvalium
Prefer getting help via text?
We're available 24/7 via text message. Signup below for access to our team when its convenient for you!
and many more...
✕
Instantly Check Your Insurance Coverage
Your information is safe & secure
At Recovery First, we accept most types of private (non-government) insurance and offer a variety of payment options.
You can quickly and privately check your insurance benefits to see if you're covered for addiction treatment services. We’ll be able to tell you if your provider is in network with Recovery First Treatment Center and all American Addiction Centers locations.
This means your treatment may be FREE1 depending on your policy, copay, and deductible.
Next Steps & ResourcesFind help & resources or learn more about Recovery First.