How to Identify an Alcoholic

According to the Office of Disease Prevention and Health’s Dietary Guidelines for 2015-2020, moderate alcohol consumption is considered up to 1 drink per day for women and up to 2 drinks per day for men.1 While even moderate drinking has some risks, the risks increase significantly when a person’s alcohol intake moves beyond moderate consumption—for example when binge, heavy, or excessive drinking becomes the norm.1,2 One of these risks is the potential for developing an alcohol use disorder, or AUD.2

Risky drinking and alcohol abuse are not synonymous with alcohol addiction; however, they may lead to an AUD. 2 Here, we’ll define alcohol abuse, provide red flags for problem drinking, list the criteria for an alcohol use disorder, and discuss the concept of the high-functioning alcoholic. Armed with this information, you may be able to identify a problem in yourself or a loved one and seek help for alcohol addiction.

How Much Alcohol Is Too Much? 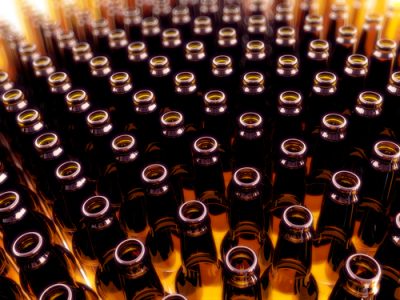 In the U.S., drinking is often a part of everyday life. From cocktails after work to beers at a baseball game, alcohol is a part of so many social activities. And because drinking is so normalized, it can be hard to differentiate where acceptable, social drinking crosses over into alcohol abuse.

Knowing what constitutes excessive alcohol consumption can help you determine if your or someone else’s drinking is moving into dangerous territory.

What Is Excessive Drinking?

Excessive drinking is an umbrella term that encompasses the following:3

The Centers for Disease Control and Prevention (CDC) defines heavy drinking as:3

The National Institute on Alcohol Abuse and Alcoholism (NIAAA) gives a slightly different definition that breaks the numbers of drinks down by day instead of by week:2

Binge drinking—sometimes called “heavy episode drinking,” or HED—refers to drinking that brings a person’s blood alcohol content (BAC) to a level of 0.08 or higher.2,4 The CDC and NIAAA provide the following estimates for what it will take for both men and women to reach this BAC:2,3

According to the World Health Organization, binge drinking is “one of the most important indicators for acute consequences of alcohol use, such as injuries.”

According to the CDC, the majority of people who drink to excess are not alcohol-dependent or have an alcohol use disorder; 3 however, regularly engaging in heavy or binge drinking is a risk factor for AUD.2 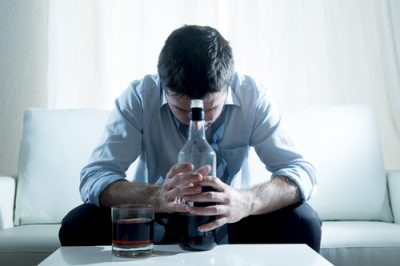 Someone may engage in binge drinking from time to time or drink more heavily one day than other days, but this doesn’t mean they are abusing alcohol regularly or that their drinking has become problematic. Some signs of alcohol abuse that go beyond the number of drinks a person has on a given day or week include the following:5,6,7

The above signs may indicate that a person is on a dangerous path to developing a problem with alcoholism.

Recognizing the Signs of an Alcohol Use Disorder

Problem drinking can over time grow into an alcohol use disorder, diagnosed by doctors when drinking causes health problems, distress, or other harms in a person’s life.8

What Is a High-Functioning Alcoholic? 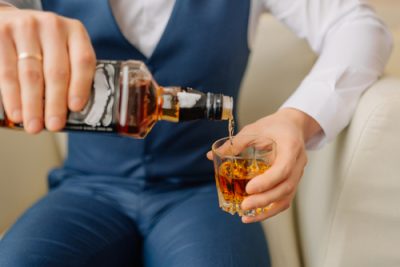 People with substance abuse problems are impacted by their problematic drinking patterns in many different ways. People who suffer from a severe substance abuse problem do not function well in their daily lives, while others may convince others and even themselves that they don’t have a problem. Those who continue to keep up appearances while drinking excessively may be informally referred to as a “high-functioning alcoholic.”10

A high-functioning alcoholic is a person who abuses alcohol frequently and yet is still able to keep some semblance of normality in their lives. They may continue to hold a job, take care of financial issues, or care for children. In some cases, such a person may be a position of power, and people around them may overlook the drinking because of it. The individual may present an image that is contradictory to the typical image of the disheveled alcoholic; they may be well put-together, refined, successful, and respected in their industry.10

The high-functioning alcoholic may be especially good at compartmentalizing, keeping their drinking separate from other areas of their life. They may be living a “double life” in a sense, drinking excessively in secret and presenting a completely different image in public. Their ability to compartmentalize so well may only serve to perpetuate their denial or the denial of those who love them.10

While a functioning alcoholic may be able to maintain the appearance of an orderly or managed life and may not hit any kind of obvious “rock bottom,” generally there are issues under the surface that become more apparent over time. Problems may emerge in the form of relationship conflict, health problems, financial woes, or legal troubles (such as DUIs). 10 One professor of a graduate-level substance-abuse class at Northeastern University, Dr. James Scorzelli,  said of high vs. low-functioning alcoholism, “Whether or not you are high-functioning or low-functioning, it is all the same disease.” 10 The distress that it causes may not be immediately apparent, but it’s still there.

Even if a person appears to be holding it together and not hitting some kind of bottom, they may still need help for alcoholism.10 Getting help for a drinking problem does not mean waiting until the problem completely destroys your life. In fact, research has shown that early intervention is the best way to help someone with drug and alcohol use issues.11

When Is It Time to Get Help? 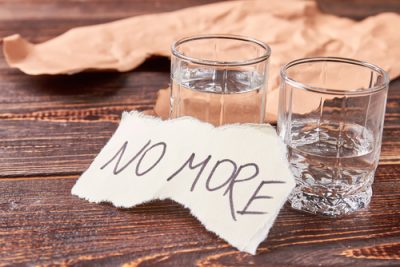 If you, or a loved one, are struggling with alcohol abuse issues, it’s important to get help as soon as possible. You don’t need to wait for an alcohol use disorder to fully develop. Oftentimes, treatment will be more effective when it is sought early, and this means getting help as soon as alcohol abuse becomes apparent.11

Treatment for alcohol use disorders may consist of one or more of the following:

Alcohol abuse treatment will often involve more than one of the above. For example, someone may go from medical detox into an inpatient program and then through one or more levels of outpatient care. Recovery First offers many levels of care for comprehensive treatment, from safe medical detox to intensive outpatient programming. We also offer specialized treatment for veterans struggling with alcoholism and for licensed healthcare professionals whose careers may have been impacted by their alcohol use.

To learn more about our different levels of care — including our alcohol addiction treatment program —  and to get help for yourself or a loved one, call us at today. We’re here for you.

Have you lost control of your drinking?
When contemplating the costs of alcoholism for yourself, child, or loved one, consider the costs, or consequences, of “things as they are now.” What would happen if the drinking continued or escalated? Contact Recovery First, and we will help you or your loved one get the treatment needed to stop the dangerous, progressive effects of addiction.
About The Contributor

alcoholAlcohol AddictionSigns of alcoholismWarning Signs of Addiction and Alcoholism
Prefer getting help via text?
We're available 24/7 via text message. Signup below for access to our team when its convenient for you!
and many more...
Your Next StepsFind help & resources for your drinking or learn more about Recovery First.