Alcohol Abuse and Genetics | How Does Alcoholism Start?

Most people who become dependent on alcohol didn’t intend to do so. Drinking was, at first, a way of socializing with others, celebrating a happy occasion, or just a way of winding down at the end of a long day. Over time, though, drinking sessions can become longer and more frequent, as people begin to abuse alcohol.

While there is a genetic influence when it comes to alcohol abuse and addiction, various other factors come into play as well.

Other factors that may influence the development of an alcohol use disorder include family history of alcohol abuse, individual personality, environmental influences, the presence of any co-occurring mental health issues, and at what age a person starts drinking.

Origins of Alcoholism and Genetics 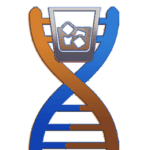 If a person’s grandparents, parents, or siblings struggled with alcohol abuse, it is more likely that the person will also struggle with the issue. Per the National Council on Alcoholism and Drug Dependence (NCADD), genes account for roughly half the likelihood that someone will develop an addiction. Since other factors influence the likelihood of alcohol abuse or addiction occurring, genes don’t present the full picture. Just because a person has a mother or father who struggles with addiction, it doesn’t mean that person will necessarily struggle as well. Likewise, people with no history of addiction in their families can ultimately develop addictions as well.

Not all genetic risks related to alcohol abuse are within the brain. Other biological issues that can affect how alcohol is processed and the likelihood of abuse issues forming include:

For example, people who exhibit more cravings for sweet, sugary foods may be more likely to develop alcohol dependence issues later in life. This genetic trait may make them more likely for issues with alcohol abuse.

Since genetics can predispose people to alcohol abuse issues, researchers are attempting to find ways that genetics influence treatment for alcohol use disorders.

For example, naltrexone, a drug that is sometimes used in alcohol addiction treatment, works well for people with a specific gene variation. For those without this variation, the medication does not work as well, according to the National Institute on Alcohol Abuse and Alcoholism.
Some ethnic groups process alcohol differently, and this can affect how alcohol abuse issues develop. For example, those of Asian descent sometimes have a gene variant that affects how alcohol is metabolized by the liver. As a result, when these individuals drink, they may experience unpleasant symptoms, such as stomach upset, facial flushing, or an increased heartbeat. To evade these symptoms, they may avoid drinking altogether. In this way, certain genetic factors influence whether a person will drink regularly or ultimately abuse alcohol.

What Factors Influence Alcohol Use?

According to the National Academies Press, other risk factors affect whether a person is more likely to abuse alcohol. These include:

According to Live Science, individuals with specific personality traits may be at a higher risk of developing a dependence on alcohol. Some factors that may make a person more likely to abuse alcohol include:

Some of these personality traits tie into the physical makeup of the brain. Those who feel less pleasure related to positive events are sometimes born with fewer dopamine receptors; dopamine helps people to feel pleasure and experience good feelings when given rewards. Because they have fewer dopamine receptors, they may be less likely to feel pleasure from day-to-day activities that bring others pleasure. As a result, substance abuse may be among the only things that bring that feeling of intense pleasure. Over time, this can lead to increased substance abuse. In essence, their genetic makeup makes them more likely to abuse alcohol and other substances.

While genetics certainly factor into the development of alcohol abuse issues, they don’t make up the whole picture. Other factors, such as environment, peer groups, and co-occurring mental health issues, influence the development of addiction. Having a genetic predisposition to addiction also doesn’t doom a person to a life of substance abuse. Avoiding substance use in the first place is the best way to protect against future abuse and addiction issues.

alcohol
Prefer getting help via text?
We're available 24/7 via text message. Signup below for access to our team when its convenient for you!
and many more...
✕
Instantly Check Your Insurance Coverage
Your information is safe & secure
At Recovery First, we accept most types of private (non-government) insurance and offer a variety of payment options.
You can quickly and privately check your insurance benefits to see if you're covered for addiction treatment services. We’ll be able to tell you if your provider is in network with Recovery First Treatment Center and all American Addiction Centers locations.
This means your treatment may be FREE1 depending on your policy, copay, and deductible.
Your Next StepsFind help & resources for your drinking or learn more about Recovery First.