Often, marijuana is deemed harmless, with many people unaware that it is possible to become physically dependent, even addicted. With changing marijuana laws and increased public acceptance, the rates of marijuana use have been climbing over the last 20 years.1 In fact, even though the National Institute on Drug Abuse states that up to 30% of those who use marijuana have some degree of marijuana use disorder, over 68% of regular users said they didn’t think it was addictive in a 2019 survey.2,3

Those who attempt to quit using weed may be surprised to find that they suffer a range of weed withdrawal symptoms when they do. The cannabis withdrawal syndrome can make quitting marijuana more difficult and is a risk factor for relapse.1,4 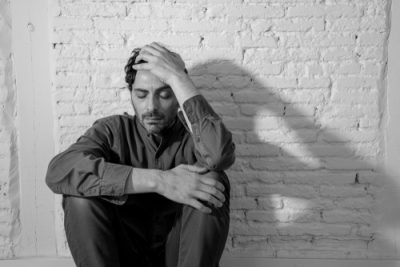 In some cases, the symptoms of marijuana withdrawal, particularly the psychological/mood symptoms, may persist up to 5 weeks after quitting.5 Sleep issues are among the most troubling for those in early sobriety from marijuana.4,6 Difficulty sleeping, including insomnia and strange dreams, may persist for a 30-45 days or more.6,7 Of all the cannabis withdrawal symptoms (see below), problems with sleep are the most likely to lead to a relapse back to marijuana use.4

The symptoms of marijuana withdrawal are mostly psychological and include:1,4,8

The less common physical discomforts that some people experience during withdrawal include:1,4,6

Who Goes Through Cannabis Withdrawal? 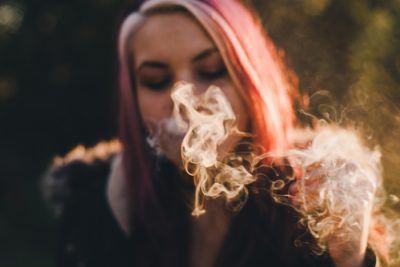 Cannabis withdrawal is likely to occur in those who have greatly reduced their intake or stopped using marijuana after using regularly (daily or several times per week) and heavily.4,9 Among regular or dependent users, the prevalence of cannabis withdrawal syndrome is 47%, according to a meta-analysis of studies involving more than 23k participants.1

The Diagnostic and Statistical Manual of Mental Disorders (DSM-5) states that withdrawal is generally more common and more severe among adult marijuana users than among adolescents. The reason for the discrepancy is likely due to adults using more frequently and in higher amounts than adolescents/teens.6

Those with mood, anxiety, and personality disorders, as well as those with PTSD, may also be more likely to experience cannabis withdrawal.10 They may also experience more severe symptoms than those without.6

The potency of marijuana being sold for recreational use is increasing in the United States. Marijuana potency may be associated with a greater severity of not only the side effects of marijuana but also with the severity of the withdrawal syndrome.4

Marijuana users who engage in “dabbing,” where concentrations of THC are particularly high (20-80%) often report higher tolerance and more severe withdrawal than those who smoke marijuana flowers where the concentrations of TCH are usually between 2% and 6%.4

Cannabis withdrawal rarely requires medical intervention; however, inpatient detox may be helpful for individuals who are unable to abstain from using marijuana due to withdrawal symptom distress.

An individual requiring inpatient detox may also need more intensive addiction treatment, such as spending time in a residential rehabilitation program, and intensive outpatient program or some other form of treatment. They may be able to step down to less intensive forms of care (e.g., residential to outpatient) as progress in their recovery made.

Because some individuals experience distressing psychological symptoms of marijuana withdrawal that lasts for several weeks,5 ongoing support after detox, such as group or individual therapy or mutual-help groups can help to reduce the risk of relapse in an effort to alleviate those symptoms.

At Recovery First, our staff work with you every step of the way, beginning in day 1 of detox, to ensure you receive the care you need to experience sustained sobriety from any and all substances you’ve been abusing. Call us at today to learn more about our treatment offerings, including our medical drug detox program near Miami, Florida.

Amanda Lautieri is a Senior Web Content Editor at American Addiction Centers and an addiction content expert for Recovery First. She holds a bachelor's degree and has reviewed thousands of medical articles on substance abuse and addiction. Amanda hasRead More

detoxherbalmarijuanawithdrawal
Prefer getting help via text?
We're available 24/7 via text message. Signup below for access to our team when its convenient for you!
and many more...
✕
Instantly Check Your Insurance Coverage
Your information is safe & secure
At Recovery First, we accept most types of private (non-government) insurance and offer a variety of payment options.
You can quickly and privately check your insurance benefits to see if you're covered for addiction treatment services. We’ll be able to tell you if your provider is in network with Recovery First Treatment Center and all American Addiction Centers locations.
This means your treatment may be FREE1 depending on your policy, copay, and deductible.
Get the Info & Help You NeedLearn about the options available at our South Florida addiction treatment center.