Examining the Increasing Strength of Marijuana

An interesting facet of today’s drug use culture is the notion that marijuana is many times more powerful today in terms of potency than it was back in the 1960s and 1970s. One can peruse the Internet and see reports that marijuana sold today is 100-200 times more potent than marijuana back in 1970s. Is this true?

Empirical Research on the Topic 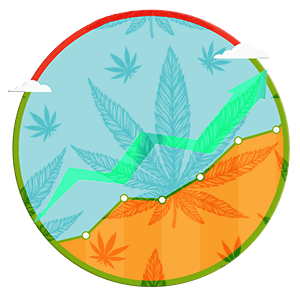 A very important breakthrough study occurred in 2013 and was reported in the journal Drug Testing and Analysis. This report involved data from the Potency Monitoring Program, which is a program funded by the National Institute on Drug Abuse. The study focused on drug seizures by the United States Drug Enforcement Administration. The data contained information from over 46,000 drug seizures occurring between the 1970s and 2010. Several different metrics were used to determine the potency of the marijuana seized in these incidents over this time period.

Based on the results of the study, there are several conclusions that can be drawn:

Edible Forms of Marijuana and Dabs

Many people think that marijuana is essentially harmless; however, this is not true. For example, the Drug Abuse Warning Network, a division of the National Institute of Mental Health, continues to report that increasing numbers of people seek emergency department treatment for marijuana-related issues (well into the hundreds of thousands of cases). High doses of THC can lead to a number of issues, including problems with the immune system, memory issues, and even severe psychotic reactions. The effects of marijuana are obviously dependent on how it is taken and metabolized in the body.

“Dabs” or taking edible forms of marijuana often involve the use of other chemicals and may increase the potency of the THC even higher. The process of taking dabs involves first concentrating the THC in marijuana by various means, vaporizing it, and then inhaling it. This leads to inhaling almost pure forms of THC, and the potency is increased dramatically.

The empirical research indicates that the potency of THC in marijuana has increased dramatically from the marijuana that was available in the 1960s and 1970s. However, reports that marijuana is hundreds of times more potent today are not well-founded. The increased potency of THC in marijuana also appears to be associated with a decreased potency of other substances that may actually be responsible for some of the therapeutic effects that marijuana may produce. Using marijuana in highly concentrated forms increases the risk of experiencing detrimental side effects of THC.

herbalmarijuana
Ready to get started?
We're available 24/7 to answer questions and help you make decisions about starting recovery from drug use.
Next Steps & ResourcesFind recovery resources and treatment info.