How Long Does Kratom Withdrawal Last?

Kratom is a psychoactive botanical substance derived from the Mitragyna speciosa tree that grows natively in South Asia. Historically, its leaves have been processed and consumed for medicinal purposes in the form of a pill, capsule, extract, or tea.  Kratom, which is often referred to by names like “biak” or “katum,” remains an unscheduled drug in the U.S. As of 2020, kratom remains legal to cultivate and sell in most states and it is relatively easy to purchase online. Kratom found online may be in the form of a powder in packages misleadingly marked “not for human consumption.”1,2

Kratom’s effects may be felt quickly, within 5 to 10 minutes of taking it. However, the duration of effects may be relatively long, persisting anywhere between 2 to 5 hours.3 Depending on the dose, the effects of kratom are similar to either stimulants or opioids:1 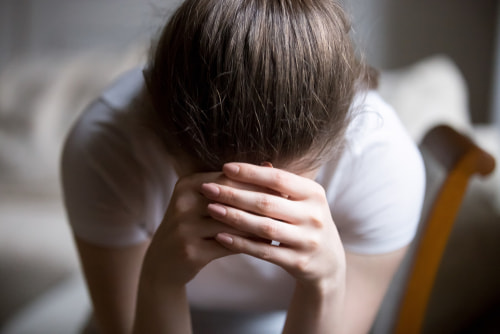 Physical dependence is a phenomenon in which a person’s body becomes used to the presence of a drug. Without that drug, a dependent individual may feel abnormal and could experience withdrawal symptoms.1 Kratom withdrawal symptoms may include:1,4

As with many psychoactive substances, kratom can adversely affect your health and well-being. Kratom use may have some negative side effects that include:1,5

Specific health effects associated with chronic and high-dose use of kratom can include:3,4

Legal Does Not Mean Safe

Kratom was first cultivated in Asia, where its first recorded use as a medicinal substance dates back to at least 1836. Its popular use in the United States is much more recent, having become more widespread only in the last 20 years or so.2

The way it is marketed can make it dangerous. It is often described as an herbal medicine/supplement to treat a variety of ailments including pain, mental health symptoms, and opioid withdrawal. It is also sold as a “legal” or “natural” high, an alternative to traditional opioids. While people may think this makes kratom safe, they may be unaware of the health risks—including the potential for heightened toxicity and even death when consumed with certain other drugs and medications.2

Kratom is also largely unregulated, and users—especially those that procure the drug online or via the dark net—may be exposed to adulterated kratom containing unknown and potentially dangerous substances.1,2

The U.S. Food and Drug Administration believes kratom to be sufficiently concerning that it issued a warning to consumers not to use kratom and stated that kratom may “expose users to the risks of addiction, abuse, and dependence” due to its action on the brain’s opioid receptors.6

How to Get Off Kratom 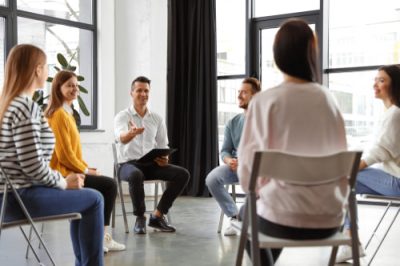 Kratom withdrawal may certainly be uncomfortable; however, people generally don’t seek detox or rehab for kratom abuse alone. They may, however, require addiction treatment if they are using kratom as a way to ease opioid withdrawal or if kratom is part of a larger pattern of uncontrollable substance use.

There’s not much clinical research on medications to treat kratom withdrawal, but one case study reports successful treatment with buprenorphine, an opioid agonist medication commonly used to treat opioid use disorder.7 Another case study reported success with clonidine therapy and scheduled hydroxyzine, both used to provide relief from the symptoms of withdrawal from other substances.8 However, more research is needed to confirm the benefits of these medications for kratom dependence.

How To Ease Kratom Withdrawal

According to the National Institute on Drug Abuse, some people find behavioral therapy to be helpful for those who are abusing kratom alone or with other drugs.1  Behavioral therapy is one of the most researched forms of treating opioid use disorder and other types of addiction. It includes modalities such as:9

Does Kratom Help with Opiate Withdrawal?

Since kratom interacts with opioid receptors and has some opioid effects at certain doses, it is sometimes marketed as a way to ease the pain of opioid withdrawal. However, kratom may not be the miracle cure that some opioid users are led to believe. Consider that:10,11

While it’s tempting to turn to an herb to avoid the pain of withdrawal, the safest way to address physical dependence on opioids is to seek medical care. In a supervised medical detox program near you, FDA-approved medications may be given to you to ease the pain of your symptoms while you also receive comfort medications and around-the-clock medical monitoring in case you have immediate health concerns. At Recovery First, we provide such a program. To learn how we can help you detox from opioids safely and effectively, call us at .

Stacy Mosel is a substance abuse specialist, psychotherapist, and licensed social worker. Mosel received her master’s in social work from New York University in 2002 and has had extensive training in child and family therapy and the identification...Read More

herbalkratomwithdrawal
Prefer getting help via text?
We're available 24/7 via text message. Signup below for access to our team when its convenient for you!
and many more...
✕
Instantly Check Your Insurance Coverage
Your information is safe & secure
At Recovery First, we accept most types of private (non-government) insurance and offer a variety of payment options.
You can quickly and privately check your insurance benefits to see if you're covered for addiction treatment services. We’ll be able to tell you if your provider is in network with Recovery First Treatment Center and all American Addiction Centers locations.
This means your treatment may be FREE1 depending on your policy, copay, and deductible.
Get the Info & Help You NeedLearn about the options available at our South Florida addiction treatment center.