What Is Kratom? Risks of Addiction and Abuse 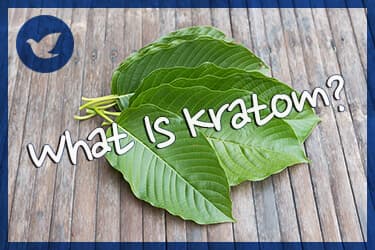 Kratom comes in many forms in the US: as a powder or pill sold as a dietary supplement, or as dried leaves, which can be chewed or brewed into a tea. The plant has a long history of use in Southeast Asia, but it has only recently become popular in the Western world. It has been sold primarily as an inexpensive and natural way to end opioid addiction, and in countries like the US that have been hit hard by this epidemic, the drug has become immensely popular.

Unfortunately, kratom has become a substance of abuse for some people. Although it is still technically legal to use in the United States, the Drug Enforcement Administration is strongly considering placing it into its schedule classification system to regulate it. It does not have a medical use in the US.

The drug kratom comes from a tree in Southeast Asia that has psychoactive compounds. Originally, leaves were taken off the tree and either chewed fresh, or dried and smoked, brewed, or chewed. The compounds in kratom lift mood, relieve pain like some painkillers do, and potentially act as an aphrodisiac.

In low doses, kratom can lead to stimulation and elevated mood. People who take very small doses of kratom report feeling more alert, social, and energized. In slightly larger doses, especially after it has been dried or processed into a powder, the drug can cause an opioid-like sedation, relaxation, and analgesia. This is the effect sought by people who take the supplements in the US; most people who take the drug use it to wean themselves off prescription painkiller or heroin addiction.

The drug is sometimes known by other names, including: 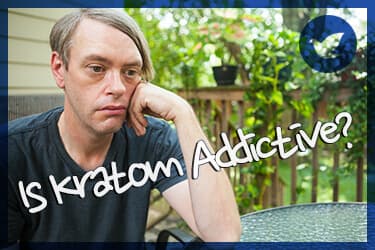 Kratom is still a drug, and people who struggle with addiction, or who are at risk of developing addiction, can have this chronic illness triggered by kratom use. The chemicals in the leaves produce immediate euphoric effects; even if this does not occur with the same rapid intensity as heroin or cocaine, the relaxing or stimulating effects from kratom can become addictive.

Since kratom has only recently been introduced to the US, there is little evidence regarding addiction among this country’s population. However, the DEA has collected information about addiction in Thailand, where the substance is highly abused. People who used kratom anywhere between three years and 30 years were found to have compulsive behaviors around ingesting the substance and withdrawal symptoms when they stopped using it. They also often experienced relapse after a period of sobriety. These are all indicators of addiction.

In the United States, the DEA reports 15 known overdose deaths from kratom abuse between 2014 and 2016. The Centers for Disease Control and Prevention reports that 42 percent of kratom abuse cases had non-life-threatening symptoms that needed medical treatment, including overdose and addiction. Although it is a naturally occurring plant, kratom is still addictive and dangerous.

A small dose of kratom is a few grams, usually fewer than 10. Stimulant effects from this size dose begin within 10 minutes and subside over a few hours. Larger doses begin at 10 grams and peak at 25 grams; this size dose produces opiate-like effects, which also wear off within a few hours. More than 25 grams of kratom can lead to overdose.

This drug produces side effects similar to opioids, including:

Signs of kratom intoxication include:

Since kratom has milder effects than opioids or cocaine, it may be hard to tell if a person is taking the substance. Still, the drug can produce dependence and addiction, which can lead to long-term physical and emotional harm.

People who abuse kratom for a long time experience symptoms like:

Long-term abuse of kratom has been associated with liver damage and failure. While opioid drugs typically do not affect the liver directly, kratom can, making it especially dangerous for people with existing liver disease or damage. The onset of liver damage begins within 2-8 weeks of high-dose use. This has been noted among people who take kratom tablets or capsules, which have been sold as supplements in the past. A high dose may be the amount taken to reduce cravings among people trying to end an addiction to heroin or prescription narcotics. As the liver begins to fail, it can cause problems for the kidneys as well, leading to renal failure.

People who become dependent on, or addicted to, kratom are more likely to experience withdrawal symptoms when they stop taking the drug. Although kratom is used to end opioid addiction in some cases, for most people, this ends in simply replacing one addiction with another. The best way to end addiction is to work with medical professionals in comprehensive treatment programs, who can taper the substance of abuse or use proven medications to replace the substance and begin to taper the body off physical dependence. Therapy addresses the psychological aspects of addiction.

Although kratom has been used as a “natural” remedy to end opioid addiction, it is not safe or effective for this practice. Oftentimes, kratom has simply triggered a new addiction, replacing the prior addiction with a new substance of abuse.

If you are struggling with opioid addiction, at-home detox measures don’t often prove successful; instead, medical detox and professional treatment are recommended.