Why Drug Rehab Works – A Rebuttal to the New York Times 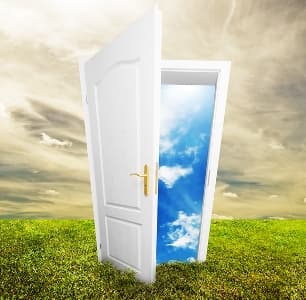 If you’re looking to learn why and how drug rehab works, you probably won’t find much help in a recent New York Times article titled Effective Addiction Treatment. Author Jane Brody writes about misgivings with drug rehab centers, ultimately stating that most addiction treatment programs are outdated and not based on evidence-based practices. Brody refers to a study by CASA that suggested that most drug and alcohol addiction treatment centers are actually engaging in a form of medical malpractice. (1)

We should first take issue with the fact that a critical part of Brody’s article is based on research conducted by the National Center on Addiction and Substance Abuse at Columbia University, which has repeatedly come under fire for dubious reporting methods and questionable methodology. (2)(3) As an example of the deceptive practices that many call CASA out on, consider the fact that the organization is in no way affiliated with or represented by Columbia University.

Early in the article it becomes clear that Brody may not have the most accurate information;

“People typically do more research when shopping for a new car than when seeking treatment for addiction.” (1)

The statement appears to be editorial as no sources are mentioned. In fact, if Brody had looked into the issue more thoroughly, she would have learned that quite often, addicts and alcoholics don’t seek treatment at all. Instead, their wives, mothers, fathers, husbands and other loved ones seek treatment for them – and they do their research, despite Brody’s claim. We see this time and again in the demographic data collected during the rehab intake and queries process.

And before the author gets to the meat of her article, she writes;

“But if you have failed one or more times to achieve lasting sobriety after rehab, perhaps after spending tens of thousands of dollars, you’re not alone. And chances are, it’s not your fault.” (1)

“And chances are, it’s not your fault.” – This is the last thing we should be saying to people in recovery. Addicts often attempt to blame virtually everyone and everything else for their dependencies and related disasters; encouraging them to consider themselves as victims of substandard treatment programs instead of taking responsibility for their own actions is hasty and shows a significant lack of insight.

Overall this seems to be the problem with Brody’s article; she clearly does not understand the complexity of addiction and the treatment industry. For instance, she quotes weight loss writer Anne M. Fletcher as stating;

“The truth is that most people recover completely on their own, by attending self-help groups, and/or by seeing a counselor or therapist individually,” (1)

However, this statement is misleading because it is nearly impossible to quantify successful treatment and pinpoint the exact reason for a person’s eventual recovery.

For instance, let’s assume that Subject A attends a 30-day rehab program in 2010 and is sober for 6 months afterward before relapsing. Subject A then uses drugs daily for 3 months, then attends a detox program and outpatient rehab. In 2011 they relapse twice more, using only briefly each time. By the time 2013 arrives, they’ve been clean for almost 2 years and attend individual therapy and group programs regularly.

How can it be said that drug rehab was not an instrumental part of this “success?”

The fact of the matter is that addiction is a chronic, relapsing disease – therefore, addicts that attend rehab are highly likely to relapse, but so are addicts who engage in all other types of treatment AND those who achieve sobriety on their own. It’s impossible to argue that lessons learned and resources, networks and referrals acquired while in rehab don’t later contribute to an eventual long-term recovery.

Therefore, if measuring the success of a rehab program is based on the idea that once a person has attended treatment for the first time they will get clean and stay clean forever, then it’s clear that the only true “winner” is the treatment method most recently or currently used. In reverse, this illogical principle also allows us to argue that if a person has ever tried to quit independently and failed, and then subsequently attended rehab, then self treatment (sometimes referred to as spontaneous remission) is doomed to “failure.”

Brody uses the CASA study and Anne M. Fletcher’s book, Inside Rehab, to argue that most people get clean through attending groups like AA or NA and via individual counseling. However, many of these addicts are connected to these groups and therapies only after attending a drug or alcohol rehab program.

So in the case of Subject A above, Brody and other rehab detractors might claim that individual therapy and groups are responsible for Subject A’s sobriety, without accounting for the fact that Subject A was networked and referred to these types of treatment via the previous detox and rehab center they attended.

Therefore, isn’t rehab part of the success? Isn’t it all part of the process of healing and recovery from addiction? We stand up; we fall down; we get back up again. To say that the road we happen to be on when our success is measured is the only road that led to that success is foolish and shortsighted.

But perhaps more importantly, drug rehabs – even those that don’t practice evidence-based therapies and don’t have staff with PhD’s – offer significant benefits that are difficult or impossible to replicate via individual counseling or AA meetings alone:

Getting drug addicts off the street and into a supervised rehab program alleviates many of the significant dangers and risks associated with a life of drug abuse, and allows them to better concentrate on their recovery.

Symptoms of Acute Withdrawal Syndrome and Post Acute Withdrawal Syndrome are often debilitating, painful and persistent, which causes many addicts to return to drug use in an effort to seek relief from these symptoms. Additionally, substances like alcohol, benzodiazepine and sometimes opiates can cause cardiovascular and pulmonary distress, seizures, coma and very rarely, death. The safest way to indentify and properly treat these symptoms is via a medical detox program followed by a higher level of care such as an inpatient drug treatment program.

Imagine that you’ve become addicted to cocaine and your life is in shambles. You’re ready to quit, but everywhere you go and everything you do on a daily basis is connected to drugs; your friends and associates, items in your home, music, clothing, neighborhoods – all of it has been part of your drug use. Attempting to get clean in this environment is extremely difficult – especially during the early stages of recovery where the urge to use drugs is intense.

Instead, a rehab center is a way for you to completely remove yourself from drug-related environments and influences. Having 30 days or more to be free from negative, drug-related influences can mean the difference between getting clean and not bothering to try.

Finally, Brody’s New York Times article fails to address the standards of treatment “success.” As a result of the chronic relapsing nature of the disease of addiction, most success rates consist of a sobriety measurement at 6 months or 1 year after treatment. Brody’s article refers only to success in the broadest sense and gives no clear data, while organizations like Health Services Research have cited success rates as high as 75% for inpatient substance abuse programs (4).

To add to the problem of measuring the success of addiction treatment, the Substance Abuse and Mental Health Services Administration reports that only 47% of those who go to rehab actually complete the programs they attend. (5)

The NY Times article fails to address how success is measured, and this combined with the author’s use of CASA and a weight loss writer with no addiction treatment training as primary sources of “credible information” means that the article should be taken with a grain – or two – of salt.

Fortunately, saving grace is found in the fact that despite the critical view of treatment centers, Brody suggests some excellent ideas for finding one that can help you or your loved one suffering from addiction: