Will 800 Die of Opiate Overdose in South Florida This Year? 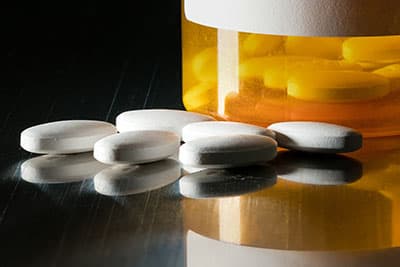 According to projections based on data from South Florida medical examiners, the number of people who lose their life to opiate overdose in Palm Beach County, Broward County, and Miami-Dade County will likely exceed 800 by the end of 2016. With federal officials reporting that one person overdoses on an opiate drug (e.g., heroin, fentanyl-laced heroin, painkillers, or a combination) every two hours on average in southern Florida, it is not an unbelievable statistic.

What is unbelievable to many is the sheer extreme nature of the epidemic of opiate abuse and addiction.

Lt. Ozzy Tianga is a longtime detective for Broward Sheriff’s Office. Says Tianga: “I have never seen it like this, ever. Nothing comes close. I have never seen as much heroin as I’m seeing now. It’s tremendous.”

Even flakka, a drug that triggers psychosis and erratic behaviors in many users, and was a significant issue for a time in South Florida, is a small problem comparatively. For a decade, it was painkillers, and then when laws shifted and “pill mills” were shut down across the state, many turned to heroin, another opiate drug. In order to increase potency and grab clients, drug dealers began cutting heroin with the highly potent fentanyl, creating an unexpectedly overwhelming experience for users that often ends in overdose. Now, carfentanil, a synthetic opiate that exponentially more potent than fentanyl is being added to heroin as well, only increasing the likelihood of overdose among users.

In 2015, 159 people in Broward County died of a heroin, fentanyl, or fentanyl-laced heroin overdose, according to the Sun Sentinel. In 2016, that number has increased more than 200 percent already. In Palm Beach County in 2015, fentanyl played a role in 93 of 300+ overdose deaths, but this year, drug overdose deaths are expected to exceed 400, with most of them attributed to use of an opiate drug. In Miami-Dade County, the newspaper reports that 228 people have died due to overdose on drugs that included fentanyl or carfentanil this year, a number that is three times the rate of last year’s final tally.

Not insignificant is the fact that, in Miami-Dade County, 107 of the drug overdose deaths that have occurred since July of this year have involved carfentanil.

Jim Hall is an epidemiologist at Nova Southeastern University who has spent decades tracking the drug market in South Florida and across the country. He says: “This is a wake-up call for America. An epidemic is one more case than expected, and we’re seeing thousands of cases.”

A Moment of Clarity

For some people, waking up from an overdose signifies a shift in their lives. Their brush with death puts into context how much they have to lose by avoiding treatment and continuing to stay active in addiction. Called a “moment of clarity” by people in the 12-Step program, this moment can be pivotal, evoking an urge for change that is necessary to take the first critical steps toward a new life free from drug use and abuse.

When fentanyl and carfentanil are in the mix, however, the chance of coming back from an overdose is far lower, removing the possibility of opting for a better life. Because use of these drugs is motivated by addiction and the impulsive behavior that defines it, it is very difficult to come to this realization without help. If overdose more and more frequently means death, then it becomes essential to figure out how to help people come to these moments of clarity as soon as possible.

If your loved one is struggling with addiction, you can help them to move closer to treatment by staging a formal intervention. If informal conversations on the possibility of entering drug rehab have been unsuccessful, an intervention is a more formal approach, making it clear to your loved one that you are choosing not to stand by and watch them risk death day in and day out. With the support of other friends and family members, you can help your loved one choose treatment right away, urging them to eliminate the risk of overdose the only way possible: by choosing 100 percent abstinence from use of all substances.