A man from New Hanover County was shot and killed abruptly this month when his passenger woke up from a “drug-induced stupor” and fired a gun without warning. The driver was headed down I-95 at the time, and a backseat passenger was able to get control of the car before it crashed near the Union Street exit, the Jacksonville Sheriff’s Office reports.

OnStar alerted police to the accident, and when they arrived on the scene, the man who shot the gun was combative. Officers were forced to use a stun gun several times so they could get him to UF Health. The backseat passenger told police that all three of them had been smoking something called “Loveboat” – in this case, cigarettes dipped in marijuana and formaldehyde. He also reported that the passenger who killed the driver had several bad reactions to the use of different substances in the past. 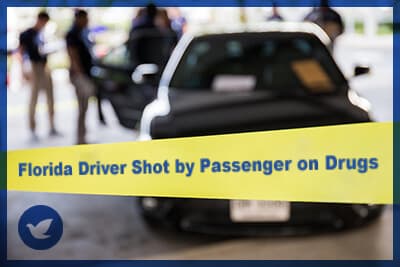 The effects of drug use and abuse are often startling and fatal. When it is clear that drug use causes nothing but problems, why is it that people continue to get high?

In the face of an altered brain function and feeling a lack of control over one’s own choices, it is no wonder that many people living with addiction feel that their use of drugs and alcohol – and all that comes with it, whatever that may be – is a foregone conclusion. Many cannot even imagine living without the substances, much less what life would look like in sobriety. As a result, family members who would like to help their loved one enter treatment must first:

Though this may be accomplished informally with conversations, it may also take a formal intervention to get the point across that now is the time for change. Are you and your loved ones ready to stage an intervention for your family member living in addiction?