Two so-called “sober living homes” in Delray Beach, Florida, suddenly closed their doors, leaving 24 residents in recovery with almost no notice to find a new place to live. Rather than leave them to figure things out on the street, to potentially commit crimes to eat or crash on the beach, Delray Beach Police Department stepped in to help.

Specifically, Ariana Ciancio – a service population advocate, newly employed by DBPD who is a licensed mental health counselor and a master’s-level addiction treatment professional – helped each one to determine what to do next and where. Through a program she designed for the police department called C.A.R.E.S. (Community Advocacy Response Education Service), Ciancio builds relationships with local treatment programs, nonprofit organizations, and Florida state agencies, and spends time in areas of the city where many who are struggling with drug addiction spend time. She also communicates with local residents and area agencies through her Ariana Delray Facebook page.

Said Chief Jeff Goldman of DBPD: “Anybody that comes into the front lobby and says they need help with addiction, we are going to help them.” 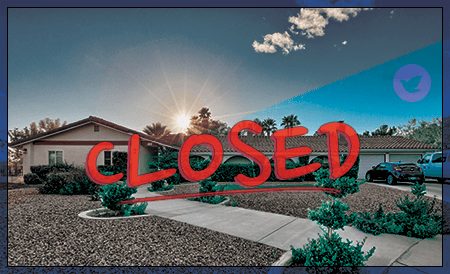 The position of service population advocate is the first of its kind in Palm Beach County. No other police department has a fulltime employee dedicated to connecting people who are living with addiction disorders or other mental health disorders with the resources they need to manage those and associated problems.

It is expected that her services will be in high demand in the coming months, as Delray Beach works to shut down fraudulent sober living homes across the city. But she does not wait until a sober home shuts down to reach out to people who are living with addiction disorders and/or co-occurring mental health disorders. Instead, as soon as they make police contact – and that includes when an officer gets an overdose call and must administer naloxone to save someone’s life – Ciancio reaches out.

“By giving them a pamphlet, or my card, or my phone number and telling them the Delray Beach Police Department is here for them, I try to plant the seed.”

In a given month, Delray Beach sees anywhere from 50 to 75 overdoses, and in some months, overdose rates spike close to 100. Most are due to heroin, and if naloxone is not administered in time, it can be fatal.

Though it is part of the job to “protect and serve,” Chief Goldman says it is much more than that: “It’s really about compassion and empathy for our community. How many times can our officers watch the same individual overdose? How many times can they watch someone die?”

It is true that in the past, police resources were limited. Essentially, the scope of the job meant that police only had the resources to assist or intervene if the individual committed a crime or overdosed. On the scene, if the overdose was caused by an opiate drug like heroin or painkillers, police could administer naloxone and save lives. But once naloxone was administered, there was little else they could do – until now. Now they can contact Ciancio and get her on the scene with them to intervene and offer the individual treatment and services that can help them to get off the streets, get something to eat, and even connect with treatment services that can begin the healing process.

The need in Delray Beach is so great that DBPD is working with the Florida Atlantic University’s School of Social Work in an effort to bring some interns on board to help with the workload. This means that though DBPD is taking an active role in being part of the solution, there is still a great need for support, as many individuals and families are in crisis as a result of untreated mental health disorders and addiction.

Are the efforts of the police departments and sheriff’s office in Palm Beach County enough to make an impact on the high rates of drug overdose? What other programs do you think should be put into place to help people who are struggling with addiction?